The Hyde Amendment is a political “rider” that that is attached to the annual HHS Labor appropriations bill and essentially prevents taxpayer dollars from directly going towards abortion via Medicaid. It was first enacted in September of 1976 (three years after the handing down of Roe v. Wade). Now, for the first time since 1976, it is under attack.

This, in itself, is bewildering. Our polling has found that only 7% of millennials share the position of the Democratic Party Platform – abortion without any exceptions and funded by tax dollars. Thus, the current administration’s goals to codify Roe v. Wade and eliminate the Hyde Amendment seem to appeal to a very fringe minority of their base.

As the pro-life movement fights to save Hyde, here are 10 things you might not have known about this important political victory…

“Multiple studies show that when the Hyde Amendment took effect, the birthrate among women on Medicaid increased by an average of about 13 percent. That means in U.S. states that do not fund abortion through Medicaid, one in every nine people born to a mother on Medicaid owes his or her life to the Hyde Amendment.”

2. Hyde’s Had Bipartisan Support for the Past 45 Years (Until Now)

3. It’s Not the Only Thing That Protects You From Funding Abortion

The Hyde Amendment is not the only legislation that protects Americans from directly funding abortion – it’s just the most well-known. Other protections include:

4. We Have Mobilized Many Times in Support of Hyde

This summer, we participated in ‘Save Hyde’ rallies nationwide. Our sister organization, Students for Life Action, is active in supporting H.R. 18 which is a legislative battle to save Hyde. And we wrote a letter to the GOP in 2019 about the Hyde Amendment and why all lives matter. We know that Hyde saves lives and that Americans should not be forced to fund abortion with our tax dollars. 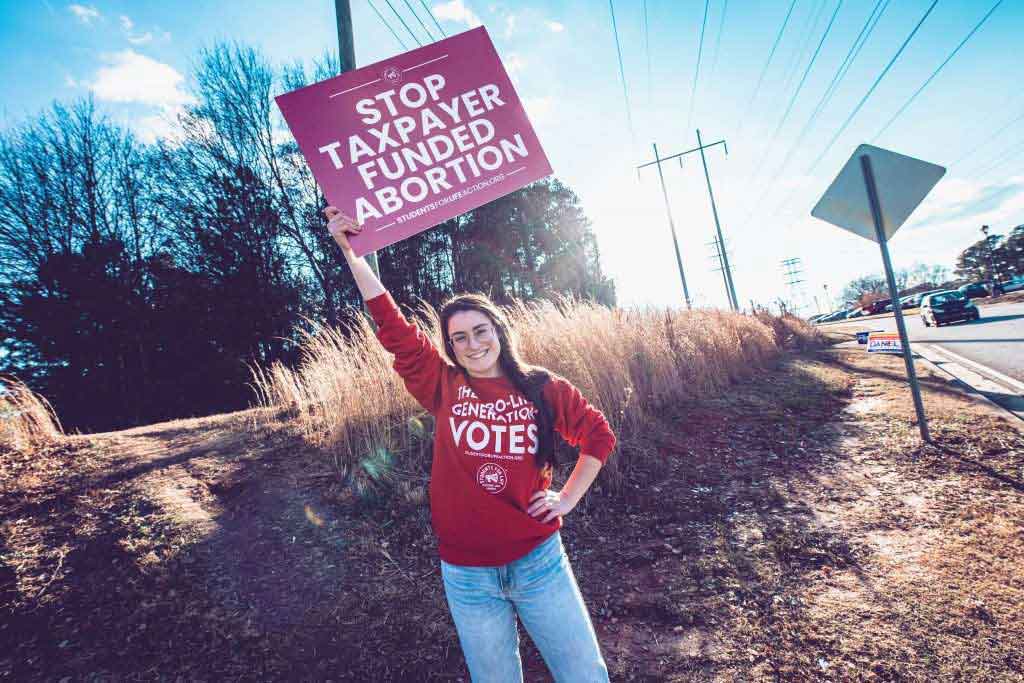 Dr. Michael New reported on behalf of the Charlotte Lozier Institute in 2020: “Numerous polls and surveys show that majorities of Americans continue to oppose having their tax dollars used to pay for abortion. A Marist/Knights of Columbus poll that was released this past January found that 69 percent of Americans oppose taxpayer funding of abortion. Additionally, even 51 percent of people who identify as “pro-choice” oppose public funding of abortion (Knights of Columbus 2016).”

Firstly, it’s important to note that Students for Life of America does not agree with abortion exceptions as every human life is valuable regardless of the circumstances of conception or disability of the child. Additionally, non-violent solutions should be embraced in the cases of maternal risk. Read more here.

That said, Hyde does allow for “standard” exceptions. Charlotte Lozier reports, “Starting in February 14, 1978 the Hyde standard was expanded to include abortions in cases of rape, incest, and long-term physical health damage to the woman.”

As Kristen Day of Democrats for Life has noted, the Hyde Amendment saves the lives of many in communities of color. Black women have the highest abortion rate by far (nearly half of pregnancies end in abortion in many places). Though they only make up about 13% of the American population, Black Americans account for roughly 34% of Medicaid enrollees. As a result, Hyde saves a large proportion of Black lives. 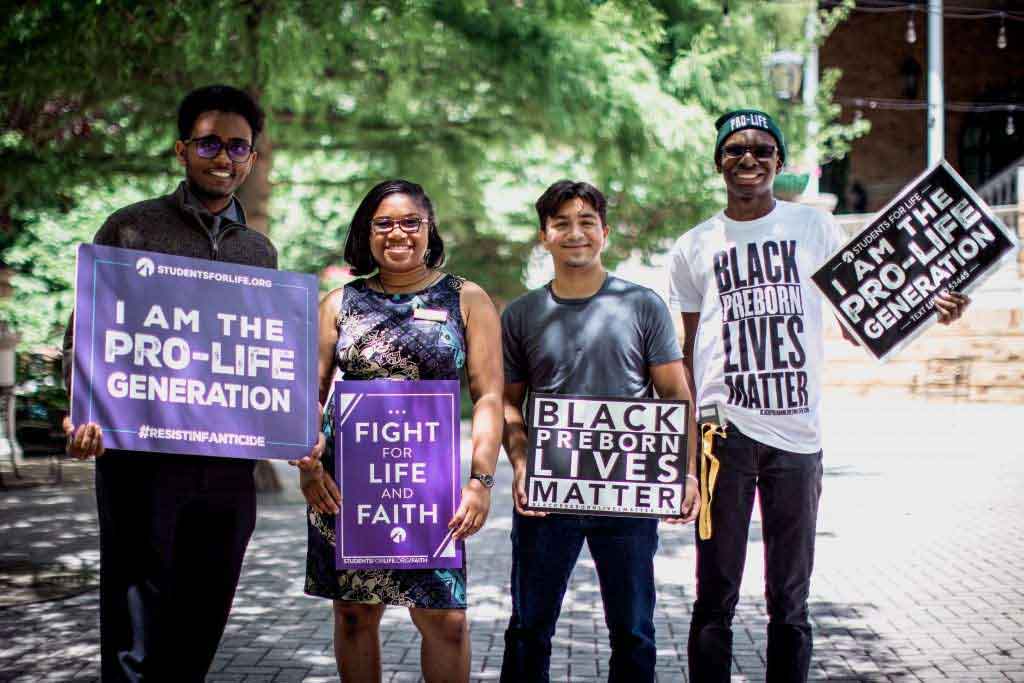 8. President Biden Has Flip-Flopped on Hyde

Throughout the vast majority of Joe Biden’s lengthy political career, he has supported the Hyde Amendment (alongside most of his fellows on either side of the political aisle), including during his time as Vice President. In 1977, he actually voted against including rape and life of the mother exceptions when it came to the Medicaid funding of abortions. He voted again to remove those exceptions in 1981. Fast-forward to today where this same guy wants to codify Roe v. Wade (which allows abortion up until the moment of baby’s birth and for any reason) and to force taxpayers to fund it en masse. He simply crumpled under the pressure of abortion bullies.

Out of the total 435 members of the House, 167 have decided they want to force taxpayers to fund abortion via the EACH Act. All sponsors & co-sponsors are Democrats and the majority represent California, New York, and Illinois.

The attitude, as Democrats for Life pointed out in May, is as elitist as it gets. They wrote for Newsweek:

“Low-income populations are in fact more likely than their more affluent counterparts to identify as pro-life. In fact, one study found that high-income voters were almost twice as likely as low-income voters to support Medicaid-funded abortion. A separate study asking specifically about the Hyde Amendment found that white women with college degrees are twice as likely to support state-funded abortions as those without college degrees. The unspoken subtext is that wealthy Americans often view abortion as a welcome solution to poverty.” 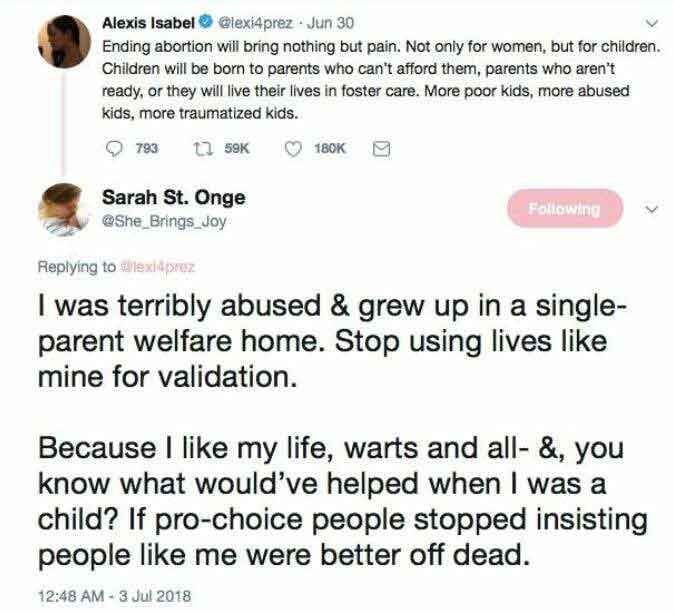 10. Pro-Life Democrats are Fighting Back

Democrats for Life of America have been vocal about their disapproval of their party’s consistent move towards abortion extremism, including their disavowal of the Hyde Amendment.  The headline of their May 2021 Newsweek piece says it all: Democrats Should Listen to Their Constituents on Taxpayer-Funded Abortion. 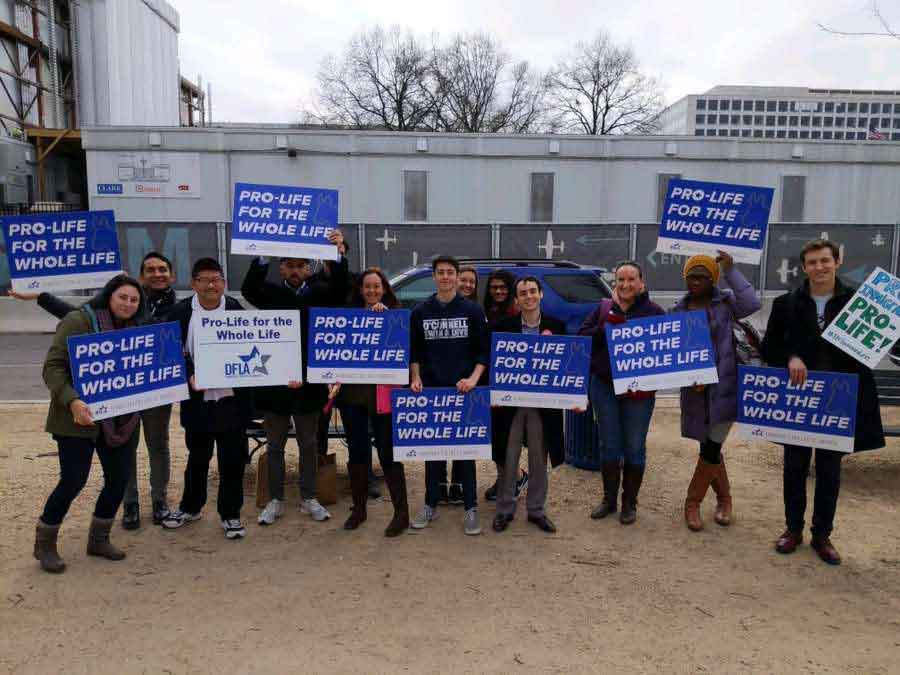 Codifying Roe, repealing Hyde, and a myriad of other pro-abortion actions being carried out by legislators are way of out touch with popular opinion. They may be semi- getting away with it for now as they’re benefitting from the public’s current ignorance of what’s really going on… but that will not last. And their speechwriters had better bring their A-game when it comes time to defend their positions.

Congressman Henry Hyde, the original sponsor of the amendment, has a quote loved by many in the movement:

“When the time comes, as it surely will, when we face that awesome moment, the final judgment, I’ve often thought, as Fulton Sheen wrote, that it is a terrible moment of loneliness. You have no advocates, you are there alone standing before God — and a terror will rip your soul like nothing you can imagine. But I really think that those in the pro-life movement will not be alone. I think there’ll be a chorus of voices that have never been heard in this world but are heard beautifully and clearly in the next world — and they will plead for everyone who has been in this movement. They will say to God, ‘Spare him, because he loved us!'”