What is an Ectopic Pregnancy?

An ectopic pregnancy is also known as a tubal or extrauterine pregnancy and occurs when the newly-conceived human implants somewhere other than the uterus (most commonly, in one of the fallopian tubes). The proper process is for cilia in the fallopian tubes to move the offspring, called a blastocyst at that stage, to the lining of the uterus (endometrium) for implantation. Either for reasons unknown, or due to hormonal interference like birth control or Plan B, which can affect/slow the movement of the cilia, the blastocyst may be impeded, causing it to implant elsewhere and resulting in an ectopic pregnancy. 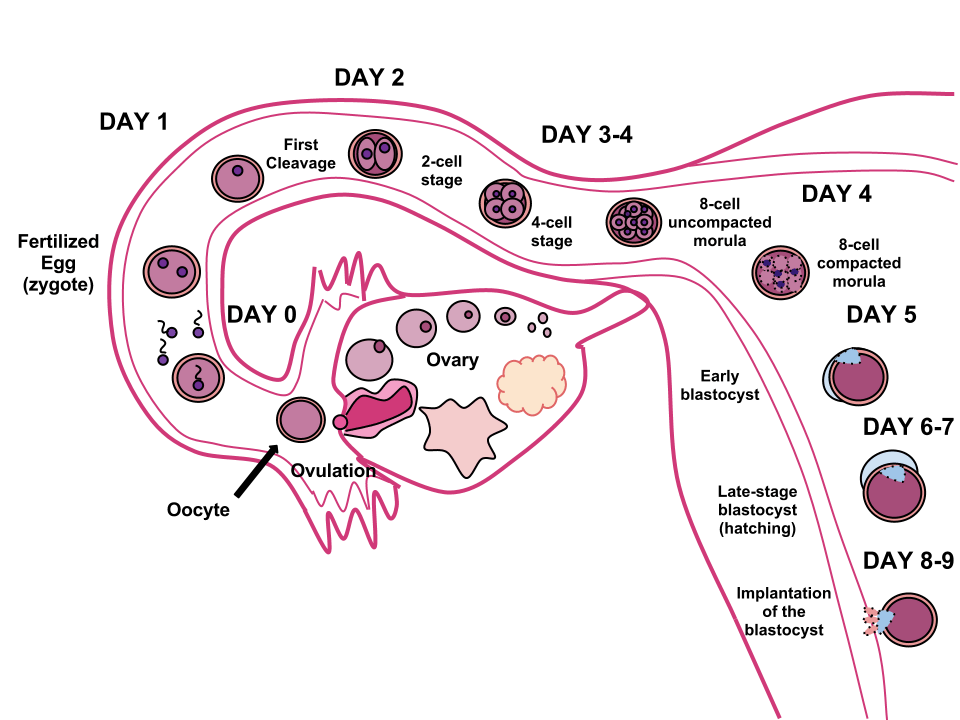 Ectopic pregnancies are extremely serious. In the female body, only the uterus is designed to successfully house and nourish a growing human being. If the new child implants elsewhere, his or her growth will invariably lead to dire complications such as a burst fallopian tube and internal bleeding. These are genuine "life of the mother" cases.

How Ectopic Pregnancies are Handled

Thus, the procedures carried out in these circumstances are done solely with the mother's safety in mind. There are several common "treatments."

A consistent pro-life stance simply treats all parties as patients, while recognizing that the physical relationship between mother and child is completely unique. This may (and hopefully will) change as technology advances, but for now, ectopic pregnancy is fatal for the offspring. Therefore, medical interventions that stand to save the most human life, i.e. the mother, are the goal.

Consistent pro-life advocates find it compelling that there is only one treatment for ectopic pregnancy that can not directly kill the blastocyst/embryo: salpingectomy. As the American Association of Pro-Life Obstetricians and Gynecologists (AAPLOG) points out, in most cases the embryo has already passed away by the time an ectopic pregnancy is discovered. But the inability to know that for sure is what postures salpingectomy as the most ethical option. This is a hotly-contested philosophical debate in many circles and we will try to provide a well-rounded overview here.

Salpingectomy, as explained above, is the removal of the fallopian tube that houses the improperly implanted human. Many argue that this is the most morally permissible avenue in a tragic situation because the procedure is done with the intent of saving the mother from the problem, a fallopian tube that is likely to burst, as opposed to an intent to kill the child (which is the clearer intent of the other two methods noted above). This philosophy is frequently explained via the Principle, or Doctrine, of Double Effect.

A parallel example can be drawn at a later stage in pregnancy. Imagine a mother is 12 weeks pregnant and discovers that she has an aggressive cancer that should be treated right away. Understandably, she is very afraid and opts to begin chemotherapy, hoping and praying that it does not affect her baby. Tragically, her child could not withstand the treatment and passes away as a result, a loss that is devastating to both parents. A child was lost, but intent matters. The intent was not to end his life.

One of the big fibs peddled by abortion-friendly outlets is that natural tragedies like miscarriage and ectopic pregnancy treatment are jeopardized by pro-life laws. In a large chunk of cases, we feel this is ingenuine and simply an effort to distract from abortion itself. And in these cases, our response doesn't matter - the purveyor of the claim is going to support all abortion regardless (and despise us for our troubles).

In the case of the genuine concern about women in these situations, the mainstream pro-life position is clear: Miscarriage is not abortion. Effective ectopic pregnancy care does not have to entail abortion. And women are not punished, period - not even for actual abortion. Both sides should be working together to find the best ways to treat all parties with dignity when tragedy strikes, but that cannot begin until abortion supporters cease using exception cases like these to justify ALL elective abortion and the corresponding laws.