A "Right" to Abortion?

The Invention of a Bad Law 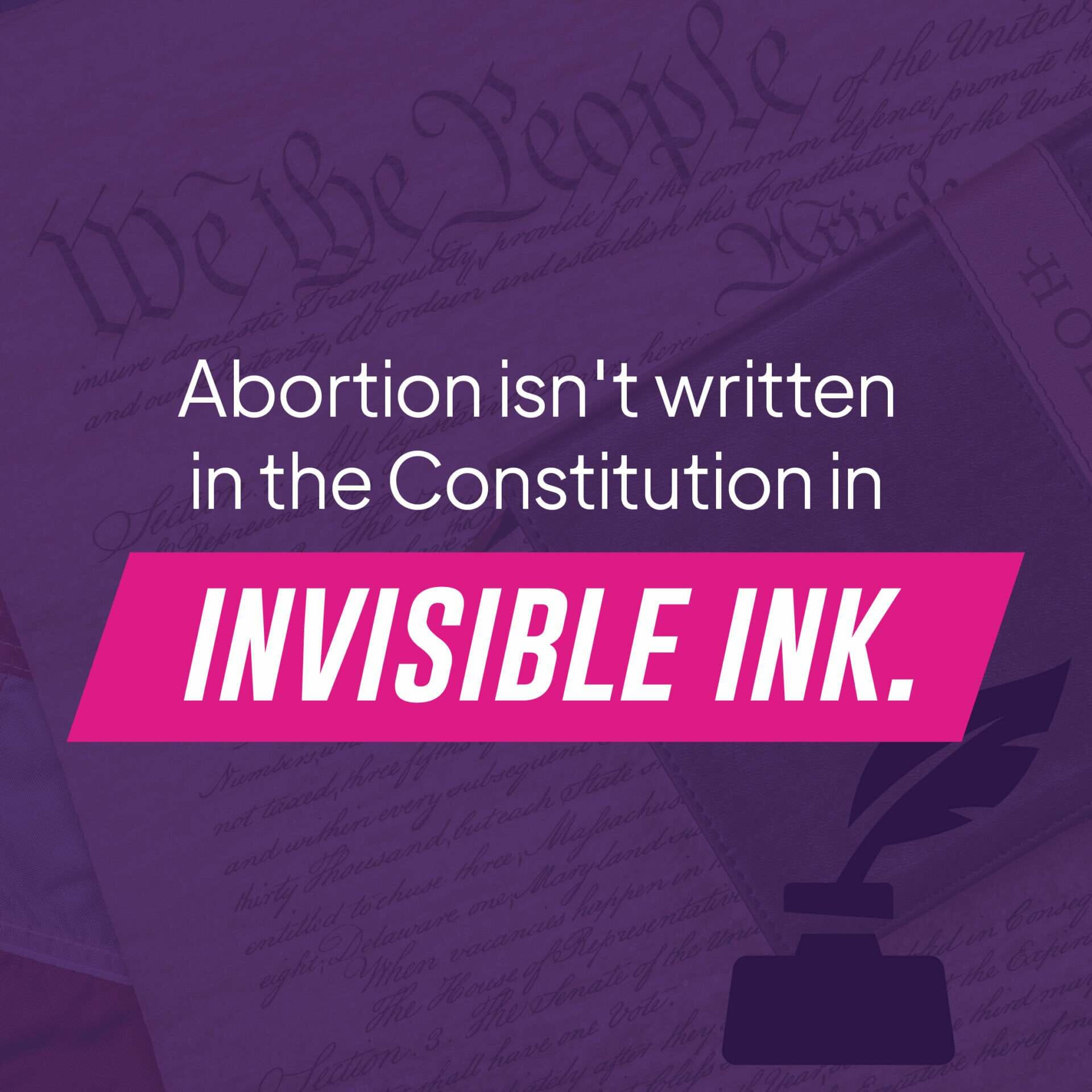 Five Ways the Supreme Court Invented a "Right to Abortion"

Roe v. Wade provides no legal foundation for the right to abortion that it creates. The fact that both sides of the abortion debate have critiqued Roe underscores how weak the legal arguments are in this court case. In order to support its ruling in Roe, the Supreme Court had to invent law and history in the following ways.

Roe struck down a Texas law that prohibited abortion, except where necessary to preserve the life of the mother. The majority opinion, written by Justice Blackman, held that the right to privacy, an implied right found in the 14th Amendment’s liberty interest1, includes a women’s right to decide “whether or not to terminate her pregnancy.”2

Justice Byron White wrote the dissent, in which he called the decision in Roe “an exercise of raw judicial power…an improvident and extravagant exercise of the power of [judicial review].”3 He said he found “nothing in the language or history of the Constitution to support the Court’s judgment. The Court simply fashions and announces a new constitutional right for pregnant mothers…”4

This concept of a right to privacy began with Griswold v. Connecticut, where the Supreme Court held by a vote of 7-2 that the Connecticut law was unconstitutional and that it violated the “right to marital privacy.”5 Even though the Bill of Rights does not mention “privacy,” the Court stated that the Bill of Rights contains “specific guarantees” which have “penumbras” and “emanations from those guarantees” that create “zones of privacy.”6 The Court said that the marital relationship lies within this “zone of privacy,” and a law which “seeks to achieve its goals by means having a maximum destructive impact upon that relationship” violates the “right to privacy” or “the marital relation.”7

The Invention of History:

Before laying out the specific holding in Roe, Justice Blackmun set forth an inaccurate version of the history of abortion in an attempt to show that abortion had been generally accepted, available, and not prohibited until the late 19th century. He viewed a historical discussion as essential to his conclusion that abortion should be recognized as part of the “right to privacy” the Framers of the 14th Amendment intended to protect, yet left out most of the relevant history.

Justice Blackmun began by stating that the criminalization of abortion laws in the early 20th century is “not of ancient or even of common-law origin.”8 He claimed that they derived from statutory changes that took place in the latter half of the 19th century.9 Apart from remarking that the Persian Empire banned abortion, Justice Blackmun limited his survey to the ancient world of Greece and Rome, where he stated “abortion was practiced.”10 He completely ignored more than a thousand years in order to support his distorted version of history.

The Invention of an "Abortion Liberty” Rooted in History:

Justice William Rehnquist noted in his dissent, in order to reach its erroneous decision, the Court had to find within the scope of the 14th Amendment a “right” that was unknown to the drafters of the Amendment.11 The English common law prohibited abortion when the child could reliably be determined to be alive, and the American colonies adopted that law. As early as 1821, the first state statute expressly addressing abortion was enacted by the Connecticut Legislature.12 In 1857, the American Medical Association (AMA) spearheaded efforts to enact laws protecting the unborn from the time of conception.13 It was their efforts – and the emphasis on the life of the unborn child – that led to the passage of the new abortion laws.14 By the time of the 14th Amendment’s adoption in 1868, there were at least 36 laws enacted by state or territorial legislatures prohibiting abortion and there clearly was no question concerning the validity of these laws. The history reveals that the drafters never intended for the 14th Amendment to deprive the states of the power to legislate with respect to abortion. General criminal law authority, whether homicide law or abortion law, was left to the states.

The Invention of a Fundamental Right:

Rights are not simply fundamental because some advocates feel deeply about them. Unenumerated rights must be deeply rooted in American history, and Griswold did not suggest otherwise.15 The abstractions of various provisions of the Constitution do not produce “penumbras” or “emanations” which take away what the Constitution, the Bill of Rights, and the Fourteenth Amendment left to the people at the state level. If Justices can create new “penumbras” and “emanations” that the people have not ratified, there is nothing left of self-government.

The plain language of the 9th Amendment shows that it cannot be a source for abortion rights.16 The people cannot “retain” a right that never existed in Anglo-American law. And even if it existed at some point in the past, the people do not “retain” it when they show overwhelming support for prohibiting the practice. The people adopted the common law of abortion, and then overwhelmingly passed statutes strengthening the common law of abortion during the 19th century. Those statutes were pervasive until the 1960s. Until 1966, at least 46 states prohibited abortion except to save the life of the mother. On the eve of Roe, 30 such states retained such prohibitions, and only 2 or 3 permitted abortion on- demand.17

The Invention of an Unprotected Class of Humans, the Unborn

The court in Roe also held that the word “person” in the 14th Amendment does not include the unborn. Thus, the unborn lack any federal constitutionally protected right to life.18

Even John Hart Ely, a pro-abortion scholar, noted that “after employing the most imaginative possible construction of the 14th Amendment to find a right of abortion, the Court resorted to the most literalistic possible for of strict construction to avoid finding the unborn to be persons.”19

While it is not necessary in theory for an unborn child to be a constitutional “person” for the state’s authority over criminal abortion law to otherwise be justifiable as “deeplyrooted” in the states’ criminal law and police power authority under the Constitution, the Court has held that the words of the 14th Amendment should be read against the background of the common law. And, in common law, all human beings were treated as persons, as William Blackstone indicated.20 Reading the 14th Amendment against the background of the common law, the term “person” in the 14th Amendment is meant to encompass all human beings and Roe flies in the face of this precedent.

Nothing in constitutional text, legal history, or Supreme Court precedent shows that abortion is a right, let alone a fundamental right. Simply put, the devastations of legal abortion in America are based on the Supreme Court invention of a bad law.