The Myths of "Safe Sex" 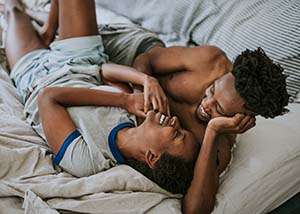 Pro-abortion organizations, like Planned Parenthood, have been selling the lie that people can practice “safer-sex” with limited physical or emotional repercussions. But, they can only guarantee safer sex, not foolproof, perfectly dependable “safe-sex.” What they are not telling you is that any type of sexual activity, including or excluding intercourse, puts you at a high risk for receiving a sexually transmitted infection or disease. While contraception has been presented as a way to create a “safe” environment for sex, the level of security that they offer are often over-exaggerated.

*What’s the difference between an STD and an STI? All STDs start as an STI, but not all STIs will become STDs. People who are infected may or may not show signs of the infection. Therefore, you may have sex with someone presuming that they are STI/STD free! Although not all STIs will lead to a disease, it still is a threat to your health and to the health of your current and future partners.

There are as many as 52,000 new cases of STDs every day, resulting in 19 million each year. More than half of sexually active people will have an STD by the age of 24. People who are sexually active risk exposure to STDs even with the use of condoms and hormonal birth control. Infections spread through contact, not just intercourse.

Condoms simply act as a barrier for preventing pregnancy. It is not designed to protect from STDs, especially if the outbreak is occurring outside of the covered area. Even worse, many condoms still contain spermicide (sperm-killer) even though the Center for Disease Control (CDC) warned over a decade ago that spermicide actually increases the risk of infection for HIV. Many STDs, like genital warts, are on the skin and ANY contact with it puts you at risk.

The claim that hormonal birth control will “prevent” sexually transmitted diseases is scientifically false since they are not actually designed to do that. The word “contraception” literally means against conception. Birth control, like the pill, is designed to prevent fertilization of the female egg, which leads to conception, pregnancy, and birth. Contraceptives do not act to prevent disease, and it is medically inaccurate to suggest otherwise.

About 50% of unintended pregnancies were conceived when partners said they used some sort of contraception.

Condoms have a higher risk of failing to prevent pregnancy. The Center for Disease control released a study saying that condoms fail 18% of the time.

Hormonal contraception, like the pill, gives women a false sense of security. According to the CDC, users of hormonal contraception have to strive for “perfect use” for the contraception to work most effectively. This means that the woman has to take it exactly as directed. She must never miss a dose, and she would ideally take it at the same time daily. Hormonal birth control can have a failure rate as high as 9% in preventing pregnancy

Fertility awareness is the healthy way of preventing or achieving pregnancy (as well as simply learning how the female body works, whether sexually active or not). Learn more here.

Sexual Exposure Chart – LoveFacts.org provides a helpful chart that allows you to calculate your risk of STD exposure. If you are concerned that you have contracted an STD, contact your doctor immediately.