and Other 'Right to Refuse' Arguments

Some abortion supporters argue that abortion should be legal because a woman should be allowed to simply stop letting the preborn child use her body for support. For the bodily autonomy pro-choicer, when they say, “My body, my choice,” they actually mean it. They  mean that they can choose to essentially “detach” their body from the one inside of them. From the Violinist Analogy to the Pixar movie Up, "thought experiments" are often the best way to explain the issues with this position. 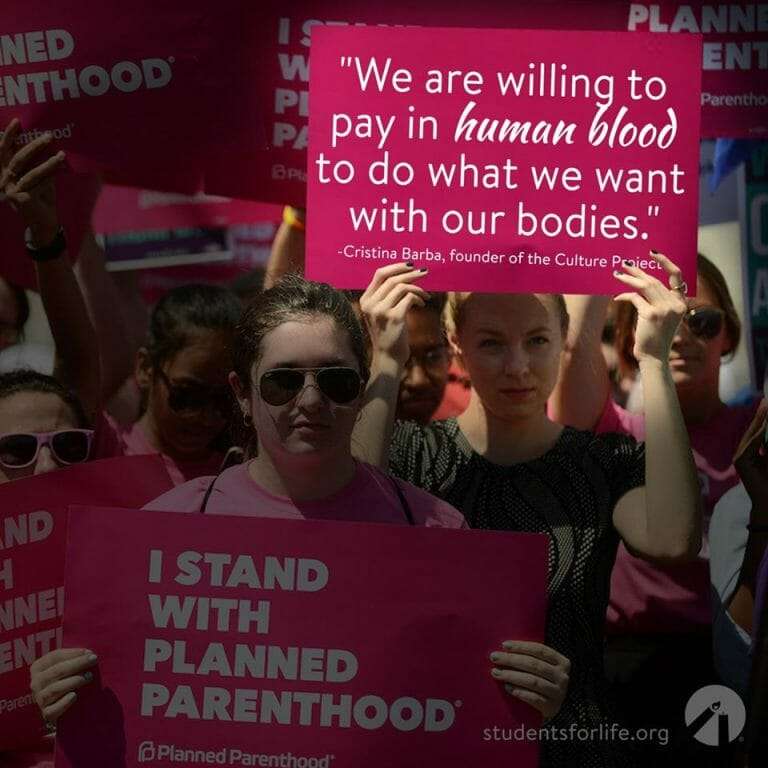 You may have heard a version of this argument as the “Violinist Analogy.” It’s taught in a lot of Philosophy 101 classes. The first famous publication about Bodily Autonomy is a 1971 essay titled “A Defense of Abortion” by Judith Jarvis Thomson. The most notable part of this publication that you may hear about is the Violinist Analogy:

Thomson says it would be very kind of you to stay connected to the violinist, but she says that you can choose to disconnect if you want. She says this is because the violinist’s right to life does not entitle him to use your body to sustain himself.

The Pro-Life Response to the Violinist Analogy

One of the best responses to the Violinist Analogy is to counter with a pro-life one. However, there is a key point to make about the violinist:

It might be true that people can deny bodily support. However, abortion is not a denial of bodily support. Abortion actively kills, usually by starvation, dismemberment, or another violent method. Even if we agreed about having a right to remove support, this is trumped by the fact that we don’t have the right to actively kill innocent people.

To illustrate this, you can use the Up Analogy from Josh Brahm of the Equal Rights Institute.

Further, we have to remember that the child isn’t an intruder. This tiny, second victim is right where he or she is supposed to be. And the relationship between mother and child is innately different from yourself and a strange violinist.

This analogy is particularly valuable as it can also be extended to help understand the type of situation we have in a pregnancy arising from sexual assault. Imagine that the old man’s house got attacked by criminals and they were the ones who left the boy in his house as it was flying through the air. Would this make any difference on how the man is allowed to treat the boy? The fact that the man is a victim of a horrible crime does not give him the right to directly kill the second victim – the boy – by throwing him overboard to his death. There are several objections to these analogies that all have to do with consent and who caused the neediness of the unborn child. However, when you are speaking specifically about pregnancies arising from rape, these objections are not relevant.

The main difference between the violinist analogy and real abortion that you should remember is that abortion is not a mere removal of support – it is actively killing.

Response for Pregnancies Resulting from Consent

If they are not talking about cases of rape, you can usually give an in-depth explanation of the “cause of the neediness.” Because the parents, both mom and dad, are equally responsible in creating the situation through their actions, they’re STILL responsible for the death of a person EVEN IF we decide they can “disconnect” without interference.

In the analogy, this means that whatever ailment requires the person to be bodily connected was caused by the same person choosing to disconnect. Take the violinist example: how would it change things if you were the one who, even if it was an accident, poisoned the violinist and put him in this situation? If you disconnect from him, allowing him to die, you are not JUST responsible for disconnecting – you are responsible for the ailment that killed him, too. So even if the law allows you to disconnect, it will still hold you responsible for the death because you caused the situation in the first place.

Let’s say you get drunk and act irresponsibly and cause a car crash that sends the other drive to the hospital on life support. She’s losing blood fast and needs a blood donation or she is going to die. But the hospital is out of blood and you are the only person with the correct blood type. You’d be right to say no one can forcibly tie you down and take your blood against your will – you DO have a right to refuse. But let’s say you do refuse, and so the other driver dies. You will be charged with some sort of man-slaughter, not because you refused to donate your blood, but because you are the person who caused the crash, and thus created a situation that killed the other driver via blood loss.

If the person you are talking to insists that bodily rights are different and says something along the lines of, “I don’t care, you can do whatever you want with your own body,” you will want to go back to the Sovereign Zone responses again. Press them to admit they don’t believe doctors should tell pregnant women not to drink or do drugs (or even torture their preborn children) if they want, because it is in “their own body.”  Someone who insists on this belief regardless of your reasons may not be able to be convinced, but you can show how extreme and unreasonable their position is by using these examples.