Why We Don't Need Planned Parenthood 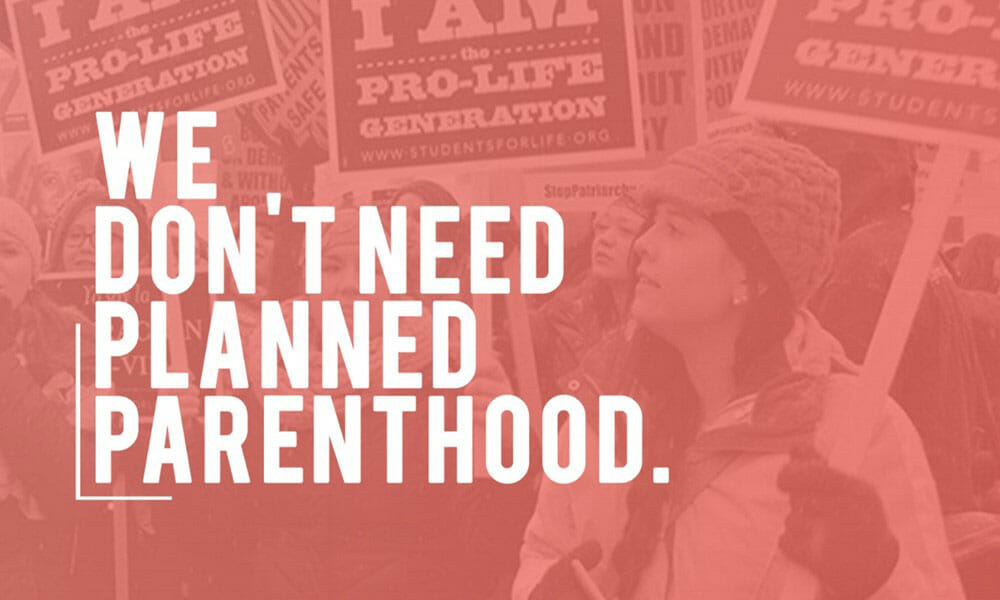 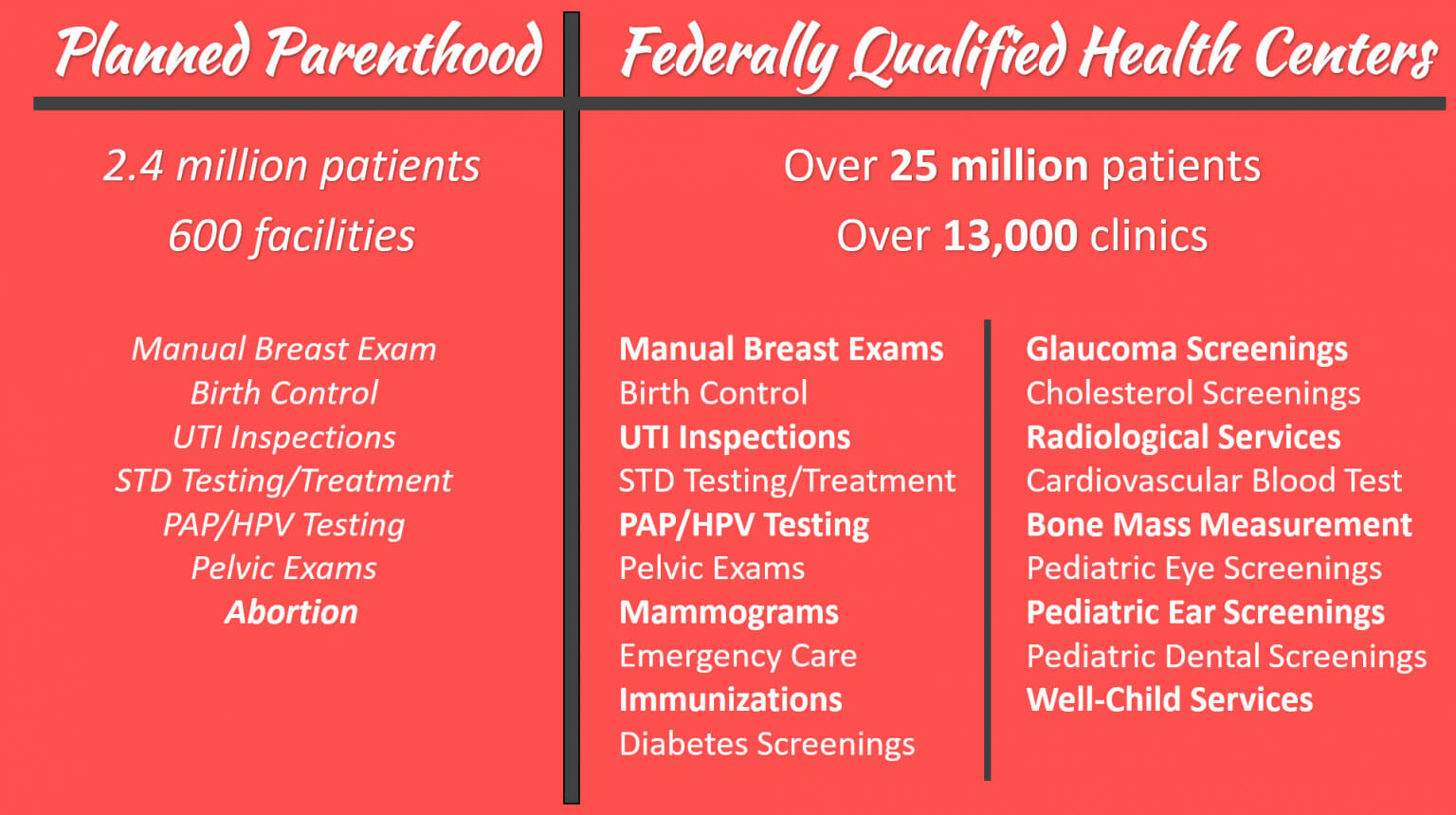 The HRSA spends $5.1 billion on over 11,000 FQHC sites annually (the remainder are “look-a-like” clinics that provide medical care but are not formally classified as FQHCs for a variety of reasons).

Re-allocating Planned Parenthood’s $500 million to this budget would allow the funding of 1,078 additional FQHCs that would provide quality medical care to the underserved.

So, we can add Federally Qualified Health Centers to Pregnancy Resource Centers to get a grand total of about 16,300 better options for women to find healthcare and/or actual supportive services.

What is Planned Parenthood?

Planned Parenthood is a non-profit and the nation’s largest abortion vendor, committing over one in every three abortions done in the country, which equals about 947 every single day. About 96% of their services to pregnant women are abortions. They also provide contraception and STD testing along with other preventative care, all of which has been significantly decreasing over the past decade.

But don’t they do a lot of good stuff too like providing low-cost birth control?

They mark up their birth control and are battling many lawsuits related to fraudulent Medicaid payments made to Planned Parenthood. One lawsuit is in Iowa from a former Planned Parenthood director who has evidence of the fraud. They were ordered to pay over a million dollars in restitution to Texas when found guilty of defrauding taxpayers. And in California, a 2004 audit showed that Planned Parenthood of San Diego and Riverside counties received excess payment of various kinds of contraception over $5.2 million. This is only a fraction of the fraud they’ve been found guilty of.

Federally Qualified Health Centers (FHQCs) also get taxpayer money but do not do abortions and clients pay on a sliding scale – basically what they can afford. Requirements to operate as an FQHC:

Does Planned Parenthood get taxpayer dollars? How much per year?

What do they do with that money?

By law, they are supposed to use it for family planning services other than abortion. But money is fungible and as a former Planned Parenthood director said, “As clinic director, I saw how money affiliate clinics receive from several sources is combined into one pot, not set aside for specific services.”

But if Planned Parenthood is defunded, won’t all those people who rely on them for healthcare be left to fend for themselves?

First, no one wants to take away healthcare from anyone, especially women and their families. According to Planned Parenthood’s own annual reports, 98% of all women won’t even step foot inside a Planned Parenthood all year, so they are wildly overstating their importance in the healthcare market.

Better choices for women are usually right around the corner. Alternative women’s health options are on average less than five miles away from the nearest Planned Parenthood.

To find an FQHC near you, go to http://getyourcare.org/.