Planned Parenthood’s PLAN for YOU

Plan A: Provide poor quality, faulty birth control. In its February 2005 issue of Consumer Reports, the non-profit Consumers Union ranked two of Planned Parenthood’s condom lines the lowest out of all the brands that they tested.

Plan B: Encourage daily hormonal treatment. Planned Parenthood encourages young women to begin a daily regimen of hormonal birth control, and they placate fears about side effects by saying that modern hormonal contraceptives are safer than earlier iterations because they contain smaller amounts of hormones, even though there are still dangerous side effects. Should something go wrong though, they’ll then offer you those same hormones in massive doses (the “morning after pill” which can cause early abortions), claim it’s perfectly safe, and hope you won’t notice they’re contradicting themselves.

Plan C: Offer deceptive counseling and biased information. If things didn’t go so well with the condoms and birth control, and pregnancy does occur, then Planned Parenthood offers “options counseling” to help decide a course of action. However, dozens of former employees have blown the whistle on the unscrupulous nature of Planned Parenthood’s “options counseling,” acknowledging that it was used to steer women towards abortion (which they profit from) instead of adoption or parenting (which they don’t get paid for). In 2018-2019, Planned Parenthood committed 81 abortions for every 1 adoption referral.

PLAN $$$: Money, money, money. According to Guttmacher Institute (Planned Parenthood’s research arm), the median cost of an abortion is between $508-$538. Just last year alone, Planned Parenthood made over $1.6 billion in revenue. For years, Planned Parenthood officials, staff, and surrogates have repeatedly promoted false information about the services they offer (falsely claiming they provide mammograms, etc) and the uniqueness of their work to convince politicians to give them $616.8 million in taxpayer funding just in the 2018-2019 fiscal year alone. However, everything Planned Parenthood sells and provides (except abortion) can be found within the nationwide network of Federally Qualified Health Centers at universally lower prices. They provide services such as STD testing/treatment, pregnancy tests, and routine gynecological exams, and a whole range of primary care. Go here to locate one: https://findahealthcenter.hrsa.gov/. 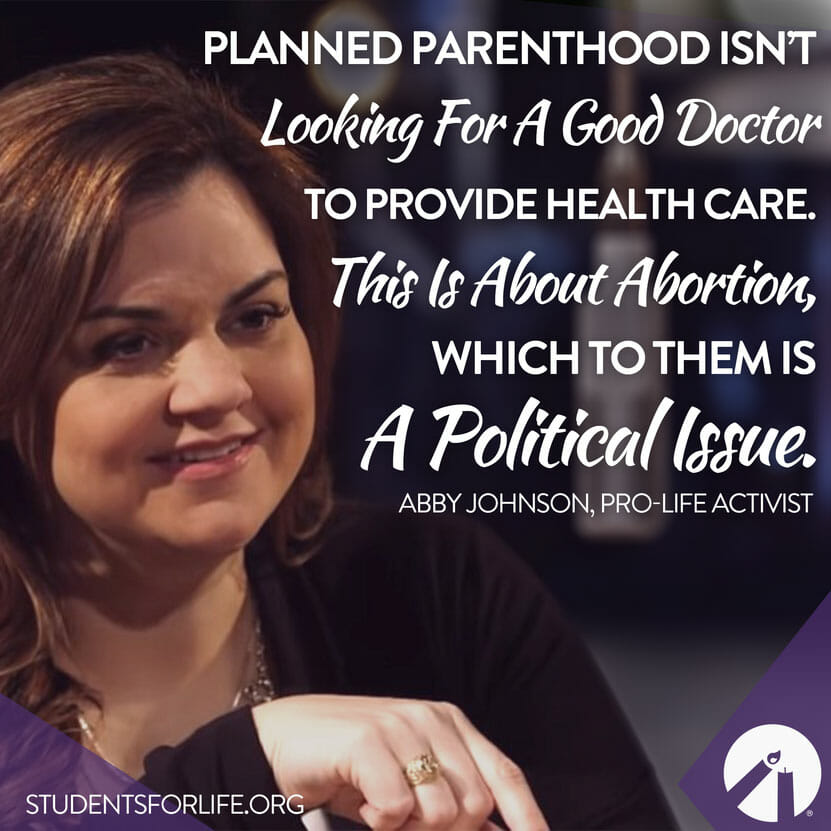 There are over 17,000 better options for health care and/or pregnancy support across America. These include Federally Qualified Health Centers and pregnancy help organizations that provide free pregnancy tests, confidential counseling, free ultrasounds, parenting classes, and material support for young mothers and couples. Some are even full-fledged medical centers. Go here to locate one of these centers: www.optionline.org or call them at 1-800-712-HELP.

The Life Issues Institute reports that Planned Parenthood is targeting women of color with their new mega abortion facilities. They found that 88% of their new mega facilities are within walking distance of minority neighborhoods.

Since 2014, David Daleiden and Sandra Merritt have been battling Planned Parenthood in the courts for their undercover video work that exposed the industry for harvesting and trafficking aborted baby body parts. In the fall of 2019, StemExpress admitted to selling these parts, along with beating hearts and intact heads.

America’s longest-practicing abortionist testified that he saw plenty of evidence that Planned Parenthood had to be altering abortion practices, including delivering babies alive and dissecting them, in order to supply researchers with the most profitable organs. Planned Parenthood, during the span of months in the courtroom, never refuted any of this.

Articles about the case: