Facts About Plan B 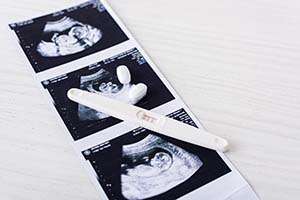 What is Plan B?

Plan B is a form of "emergency contraception," which is essentially a mega-dose of hormonal birth control taken shortly after unprotected sex. Plan B is a brand name; there are other brands of drugs with similar effects.

Plan B functions similarly to routine hormonal birth control and operates using parallel mechanisms. When taken prior to ovulation, the ideal function is the repressing of ovulation altogether. Ovulation is the release of an egg from the ovary; if an egg isn't released at all, then fertilization by the male's sperm cannot occur and a new human being cannot be created. Plan B's active ingredient is levonorgestrel, a synthetic hormone that mimics the female body's natural progesterone, the presence of which delays ovulation.

However, not everyone knows when they've ovulated and many women take Plan B after that cycle's ovulation. This is when Plan B's next lines of defense come into play: thickening of the cervical fluid, affecting the movement of cilia in the fallopian tubes, and thinning of the endometrium (the lining of the uterus).

Thickened fluid and lethargic cilia (the tiny moving "hairs" in the fallopian tubes that help the key players of reproduction, egg and sperm, move along as nature intended) can stop the reproductive gametes from meeting. Sperm need thin, watery fluid to swim through and cilia that don't impede their path. These defenses don't inherently present abortifacient moral qualms, but a few other functions of Plan B do...

Plan B is Capable of Causing an Early Abortion

There are two ways Plan B is capable of ending the life of a conceived human. First, its chemical makeup directly affects the hormones at play within the female reproductive system and can prevent enough progesterone (the "pregnancy hormone") from sustaining the offspring.

OB-GYN Donna Harrison sheds light on this abortifacient ability of Plan B...

That’s the term for when the ovary does not produce enough progesterone to allow the embryo to survive. If the LH surge is blunted [...] then the ovary will release the egg, which can be fertilized but not produce enough progesterone [...]. So, the embryo formed would not survive long enough to produce a positive pregnancy test. And interference with the LH surge is precisely how Plan B works.

If Plan B is taken five to two days before egg release is due to happen, the interference with the LH signal prevents a woman from releasing an egg, no fertilization happens, and no embryo is formed. Current studies do not demonstrate a harmful effect on the embryo if Plan B is taken after egg release.

Many authors focus on these two facts to make the sweeping claim that Plan B has no effect on a human embryo. What they are forgetting is Plan B’s effect at step 3, the two-day window in which embryos can form but positive pregnancy tests don’t occur. That’s the window during which the studies mentioned above suggest that Plan B has a likely embryocidal effect in stopping pregnancy.

Second, Plan B is capable of creating an inhospitable uterine environment with the thinning of the endometrium. This uterine lining is, without artificial interference, thick and ready for a conceived child to implant and continue the gestational process. If the embryo survives all of Plan B's previous defenses and arrives at the uterus only to find nowhere to implant, he or she will die. Planned Parenthood, Scientific American, Medical News Today, the manufacturers of Plan B, and more admit that the composition of Plan B is capable of preventing a fertilized embryo (i.e. a living human) from implanting in the uterine wall.

These entities insist that Plan B "cannot harm an existing pregnancy," yet there seems to be dissent among the ranks as Mayo Clinic warns that it "could harm the unborn baby."

Plan B is not, however, to be confused with the abortion pill (a regimen of mifepristone and misoprostol sold to women who are up to 12 weeks pregnant). Plan B is capable of causing the unnatural demise of a conceived child, but it is not directly intended or guaranteed to do so.

It Increases the Risk of Ectopic Pregnancy

Ectopic pregnancy is life-threatening and occurs when a newly-conceived embryo implants somewhere other than the uterine lining (often, a Fallopian tube).

In 2003, the United Kingdom’s Department of Health found this possible complication by observing the effects of Plan B after it was sold. In a group of 201 emergency contraception failures, they found twelve ectopic pregnancies, or a 6% rate. This is triple the current ectopic pregnancy rate in the UK and the United States, which is approximately 2%.

A study conducted right around the time Plan B became available in the U.S. found that it prevented 85% of pregnancies after a single act of unprotected sexual intercourse during the woman’s fertile window (in other words, indicating a failure rate of 15%). According to Plan B One-Step’s® own website, about 7 out of every 8 women who took Plan B did not get pregnant after taking the drug – which means they assert their product fails 12.5% of the time.

Plan B Ingredients are Carcinogenic

As noted, Plan B is a mega-dose of the birth control pill, the primary ingredients of which are known carcinogens (cancer-causing agents). Interestingly, though the World Health Organization (WHO) classified hormonal contraception as a Group I carcinogen in 2005, they have since removed their carcinogen database. Group I is the highest possible ranking. Substances in this group have the highest cancer risk — cigarettes and asbestos are also in Group I.

The artificial hormones in oral contraceptives are known to increase some risk for some cancers and decrease risk for others. Plan B's primary component, levonorgestrel, is associated with an increased cancer risk with some sources noting it can increase the risk for breast cancer up to 44%. There are physicians who have gone so far as to label levonorgestrel "hazardous." Below are other harmful side effects that may occur from oral forms of this drug...

Side Effects Caused by Plan B

At its core, Natural Family Planning (NFP, also known as green sex or fertility awareness) is really about understanding how the female body works. Adult women are constantly undergoing cycles of fertility that have observable, physical signs that can be tracked to determine the times of fertility and infertility. Methods of NFP provide the tools with which to track these signs in order to achieve or postpone a pregnancy.

Though often used in religious communities, fertility awareness methods are a good choice for women regardless of faith background. Anyone who wants to prevent or achieve pregnancy completely naturally and chemical-free is a good candidate. Many users of these methods report benefitting greatly from the empowerment afforded simply by understanding how the amazing female body truly works. Read more here.