Students for Life Action calls on Congress to pass H.R. 18, the No Taxpayer Funding for Abortion Act 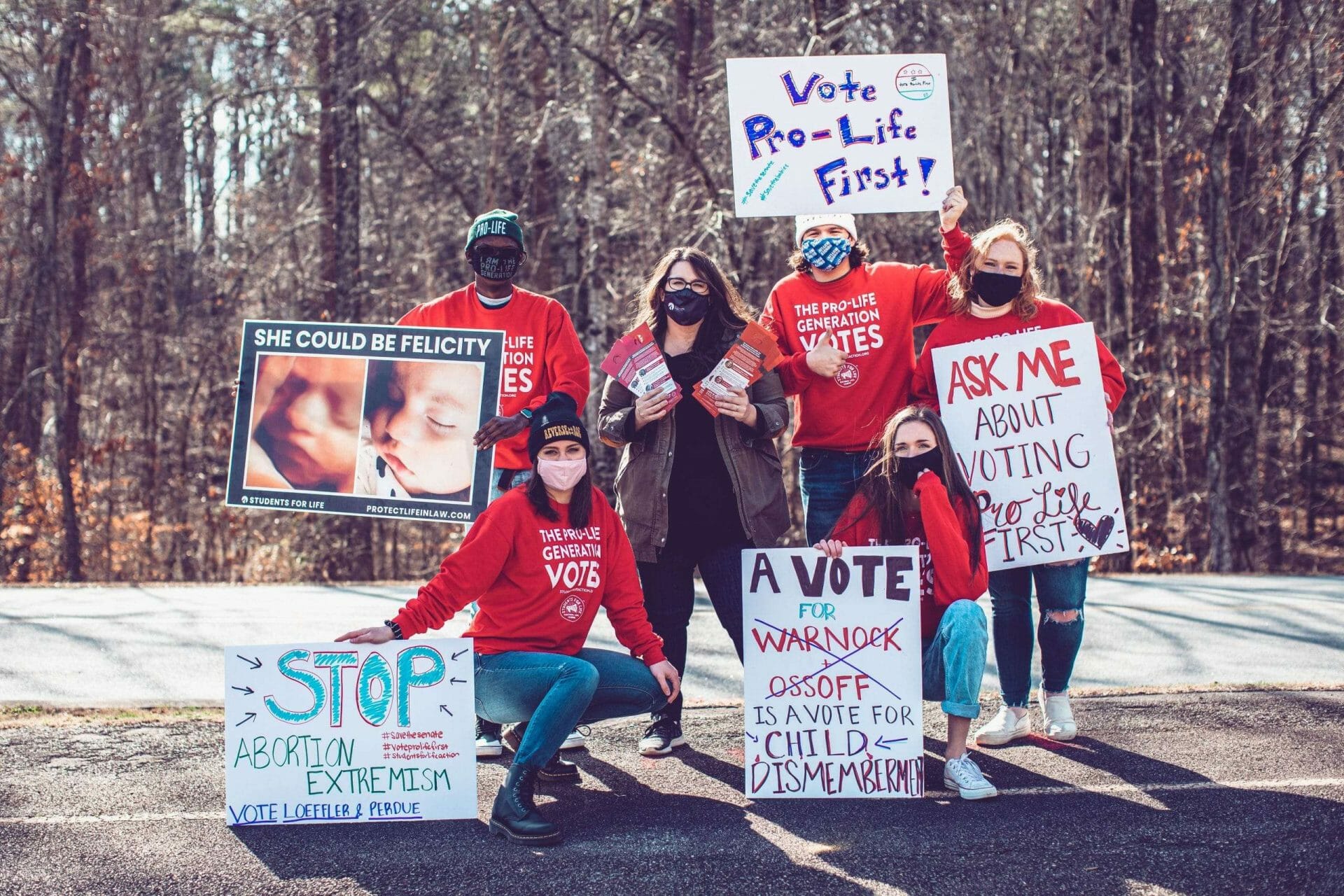 Reported on Behalf of Students for Life Action

“Taking scarce taxpayer resources to prioritize ending innocent, preborn life creates a human rights atrocity that highlights the failures and greed of Corporate Abortion,” said SFLAction’s Kristan Hawkins. “Rather than trying to help women and children, the abortion industry sells death at a profit, with the pitch that we should kill people who might suffer rather than addressing the problems people might face.”

WASHINGTON D.C. (06-29-2021) – Students for Life Action President Kristan Hawkins called on members of Congress to pass H.R. 18, the No Taxpayer Funding for Abortion Act, sponsored by Rep. Chris Smith (R-NJ), to permanently prevent taxpayer funds from going to Corporate Abortion. The bill would make the Hyde Amendment applied to the budget automatically across the board, rather than adding it as a provision to funding measures one at a time. The Hyde Amendment prevents taxpayer funding of abortion except in cases of rape, incest or when the mother’s life is in danger. After DECADES of supporting the Hyde Amendment, President Biden reversed his career position during the 2020 election cycle while trying to get the nod to head his party’s ticket, leading to unprecedented efforts today in a number of bills in which taxpayers are being forced to fund abortion at home and abroad.

Last week, pro-life members of Congress launched the “Eighteen Days for H.R. 18” effort to build support for codifying Hyde. The Republican Study Committee and House Pro-Life Caucus teamed up to draft a joint letter to President Biden, urging him to add the Hyde Amendment and other pro-life protections to his $6 Trillion Budget Request of the U.S. Government for the Fiscal Year of 2022. Additionally, the letter emphasizes the necessity of withdrawing any other proposal that expands the availability of abortion.

The “Eighteen Days for H.R. 18” initiative continues with members of the U.S. House of Representatives publicly emphasizing the importance of codifying the Hyde Amendment by requesting consideration of H.R. 18 every legislative day starting on July 22nd and ending in August Recess.

SFLAction has participated in this effort by sending a letter of support to all Republican members in the House and is engaged in a nationwide campaign to end taxpayer funding of abortion at DefendHyde.com.

Should H.R. 18 be brought to the House Floor for a vote, SFLAction will include it in our Pro-Life Generation Scorecard for the 117th Congress.

“One thing that has been consistently true about abortion policy is that people, whether self-described as pro-life or pro-choice – do not want to pay for abortion across the board,” said Hawkins. “Yet President Biden and his party have prioritized the deliberate ending of preborn life like no other administration in history. Maybe he should re-fresh his memory on his past position.”

In constituent letters, Biden wrote regularly about his abortion views, noting, ‘I have consistently—on no fewer than 50 occasions—voted against federal funding of abortions…those of us who are opposed to abortion should not be compelled to pay for them.”

Rep. Smith reports that the bill would:

Students for Life has championed the Hyde Amendment for years. Learn more here and here.

Students for Life Action (SFLAction)is the 501c4sister organization of Students for Life of America (SFLA), the nation’s largest, pro-life, student organization with more than 1,240groups on middle, high school, and university campuses in all 50 states. Students for Life has more conversations with those most targeted by the abortion industry every day, week, and year than any other pro-life outreach in the world and mobilizes the Pro-Life Generation to confront abortion at the local, state, and national levels daily. Every week, Students for Life entities reach more than 2 million people across social media platforms to have nearly 200,000 digital conversations with the most engaged pro-life online audience in the world.

Students for Life of America (SFLA)is the nation’s largest, pro-life, youth organization. Headquartered in Fredericksburg, VA, SFLA serves more than 1,240 groups on college and university, middle and high school, medical and law school campuses in all 50 states. Student pro-life organizations work to confront policies on their campuses to support pregnant and parenting students, to end Planned Parenthood’s relationships with schools and communities, and to change minds of their peers about abortion’s has more conversations with those most targeted by the abortion industry every day, week, and year than any other pro-life outreach in the world and mobilizes the Pro-Life Generation to confront abortion at the local, state, and national levels daily. Every week, Students for Life entities reach more than 2 million people across social media platforms to have nearly 200,000 digital conversations with the most engaged pro-life online audience in the world.