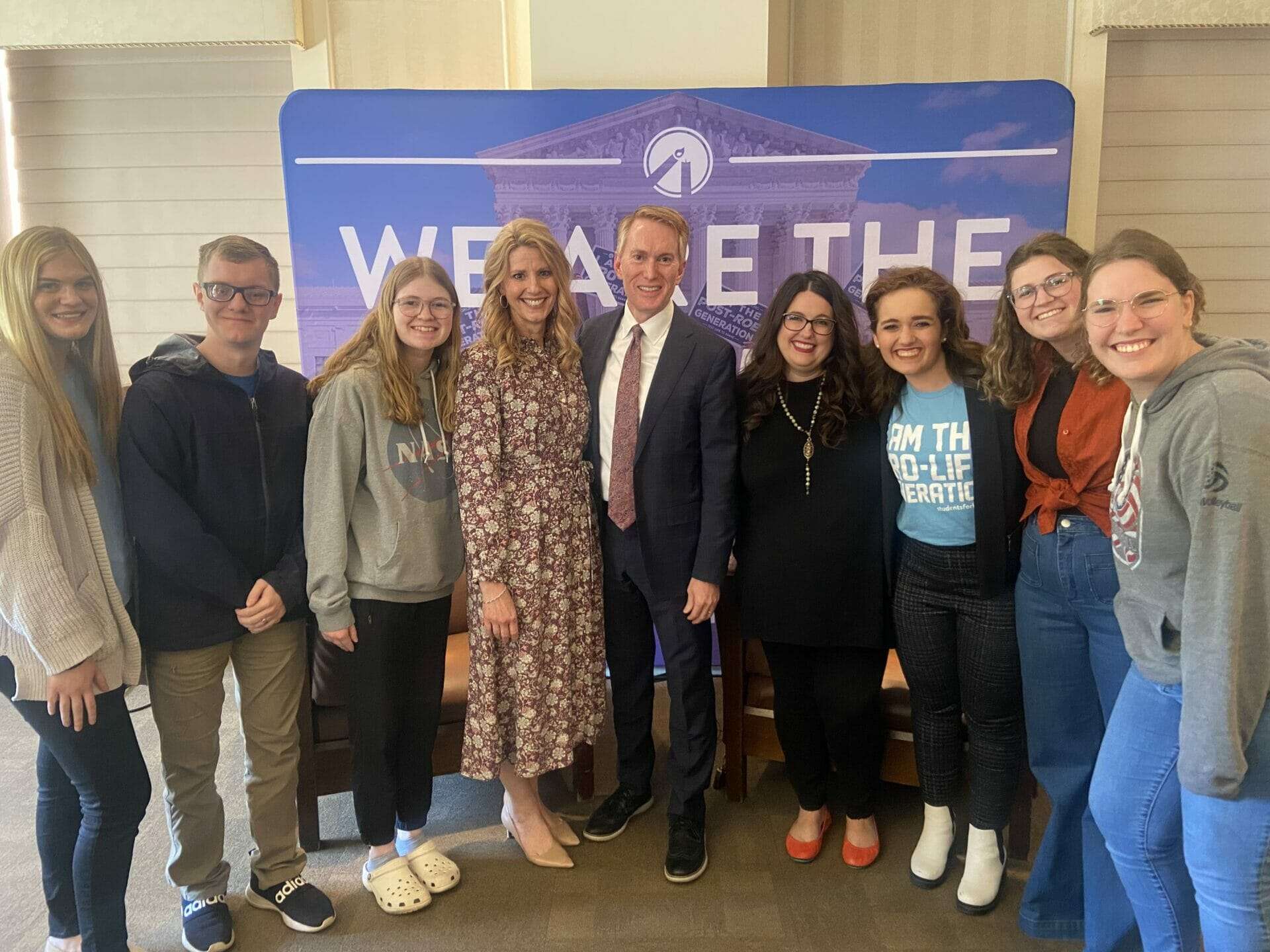 Following the recent enactment of a Life at Conception Law, Oklahoma has recently become one of the most pro-life states in the country with SB 612 —and to celebrate and spur on further pro-life action,  Students for Life Action (SFLAction) and Students for Life of America (SFLA) President Kristan Hawkins and United States Senator James Lankford (R — OK) recently sat down to have a public, pro-life conversation at Oklahoma University on Monday, April 18th 2022. Their conversation focused on the future of a Post-Roe America and was widely attended and shared. Here’s what the pair discussed that has kept everyone buzzing:

You’re Worth No Less If You Were Conceived in Rape

To address the illogical rape and incest exceptions argument, Sen. Lankford spoke about an old friend who was conceived out of a rape about seventy-years ago. His friend had gone on to serve many people in countries across the world and live an amazing life—and yet the abortion lobby believes that his life should have been extinguished because of circumstances surrounding his conception?

Sen. Lankford said, “I know these are very hard and difficult circumstances, but we are talking about a child that is in the middle of this. There’s not two people in this conversation; there’s three…And so does it make it simple to kill one of the three? It does not.” To watch this segment of the event, click HERE and scroll to the 44:45 time stamp.

Hawkins is also well-known for her public denunciations of rape and incest exceptions and has made the abortion lobby positively simmer with statements such as: “Your humanity doesn’t change with the circumstances of your conception. You are valuable regardless of how you came into existence, or what your father did the night of your conception.”

Men Need to Step Up

Sen. Lankford and Hawkins also discussed the role that men play in condoning the abortion industry as Sen. Lankford poignantly put it that “there’s a guy 100% of the time involved in” unplanned pregnancies and abortions. He stated, “There should be a man to walk alongside a woman [during a pregnancy], but there very often is a man that when she gets pregnant walks away.”

He continued, “If I could be so bold as a man to say that this is a man problem—period, right now. We have a lot of men getting on video games, pretending to be a man, and then walking into real life and not actually being a man.” To watch this segment of the event, click HERE and scroll to the 24:00 time stamp.

Along with a much needed culture change on fatherhood, Hawkins and Lankford also further explained that life needs to be protected in laws (concerning child support, adoption, and the foster care system) to help solve this problem of irresponsible men.

In order to combat the abortion lobby’s common argument that it is better for a child to be aborted than to live in poverty, Sen. Lankford shared his own story about growing up in an impoverished home with his brother and a single mother. He stated, “I am that kid that when people say ‘well what about all these issues with poverty and we’re going to have all these kids in poverty’…I am that kid. In a tough marriage situation, in a lot of poverty, very exposed growing up to all kinds of challenges; that’s me.”

He continued, “A child born in poverty we should make sure they have every route and every opportunity in America…not just take their life and say ‘they’re terribly inconvenient, all these poor kids.’ Where are we as a culture on that?” To watch this segment of the event, click HERE and scroll to the 43:20 time stamp.

Sen. Lankford further expounded on how the pro-life movement is working to protect all children (including those born into poverty) to the OU Daily as he explained a bill he had joined which would allow pregnant mothers to claim Child Tax credit for their preborn children.

SFLA looks forward to engaging in many more events like these, and we specifically thank the Norman Students for Life of America group for hosting Hawkins and Sen. Lankford. Culture change can only take place through meaningful conversations, and this publicly pro-life conversation is another step in the right direction towards an anti-abortion future.

To read more about the Oklahoma Life at Conception Bill, click HERE.

READ NEXT: You Know You’re Doing Something Right When Kamala Harris Calls It “Shameful”