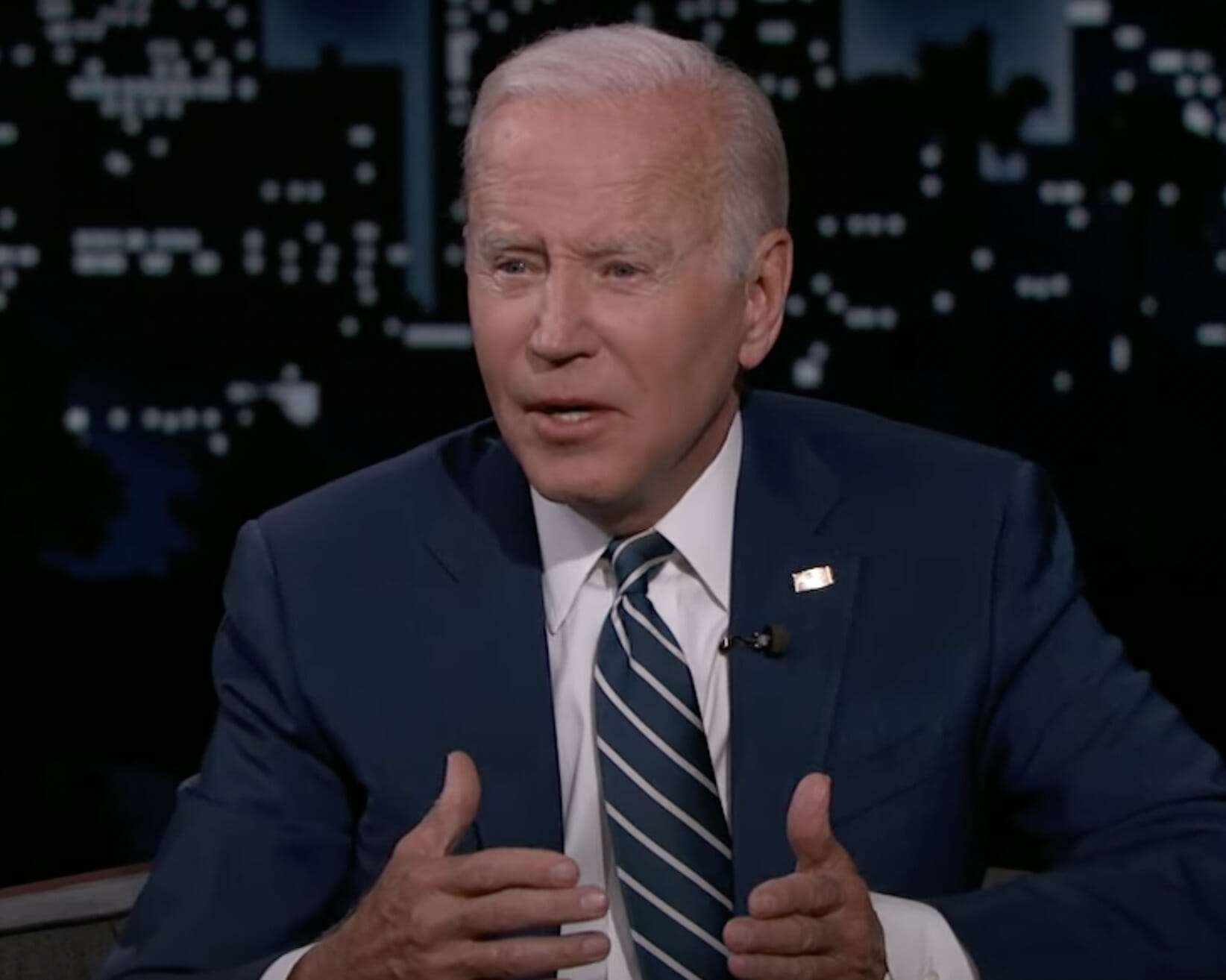 In case you missed it, President Joe Biden appeared on the Jimmy Kimmel Show last night, and there may be a reason that this was his first network interview in 118 days—because he said some pretty questionable things on air. Looking beyond Biden’s insistence that the economy is doing just fine (our gas station receipts would beg to differ!) and his comments on gun control (if we want to stop children being killed, abortion needs to be eliminated too), Biden also made several direct statements about abortion that should be addressed. Here’s what happened:

At one point in the interview, Biden told Kimmel that there may be some executive orders that he could employ to counteract the outcome of Roe v. Wade’s reversal should the Supreme Court overturn the 1973 decision in the Dobbs v. Jackson ruling. Biden ominously did not offer any further details on these potential executive orders, but we must believe that the current pro-abortion Administration does have something like this up their sleeve—but would such orders be the will of the people?

Polling indicates that the majority of Americans do not want abortion on demand without limits—which is exactly what Roe and Doe v. Bolton provide. For example, a mainstream poll from the Associated Press found that an overwhelming majority of Americans (80%) believe that third-trimester abortions should be illegal—which means they believe in limits on abortion.

Additionally, a poll from SFLA’s Demetree Institute for Pro-Life Advancement found that the majority of Millenials and Gen Z (8 in 10) want to vote on their own abortion policy, and 3 out of 4 of them want limits on abortion. Once again, this poll is not showing Roe any favor—so who would Biden really be executing these orders for other than the abortion lobby?

“People Could Get Voted Out of Office”

In fact, if anyone is shown to the door, it might just be pro-abortion politicians like Representative Pramila Jayapal (D-WA.) who lied in an interview by saying that the majority of Americans don’t support the Hyde Amendment while jockeying for taxpayer dollars to fund abortions. Reality check: the Washington Post found that the majority of polls show Jayapal is wrong.

If anyone is getting voted out of office, there is a good chance it will be pro-abortion politicians who have lied to the American people while sucking up to the abortion lobby.

Biden also asserted that there may be a mini revolution when Roe is reversed. While “revolution” might be too strong of a word since it’s clear that the majority of American actually don’t support Roe, it’s fair to say that the abortion lobby will probably go berserk—if what they’re doing now is any indication.

Between stripping in public, blowing things up, violently vandalizing property, harassing pro-lifers, and attempting to assassinate a United States Supreme Court justice, the abortion lobby is really letting their crazy show. Clearly—and unfortunately—the abortion lobby lacks dignity or civility, and they may very well be similarly hostile after Roe is reversed.