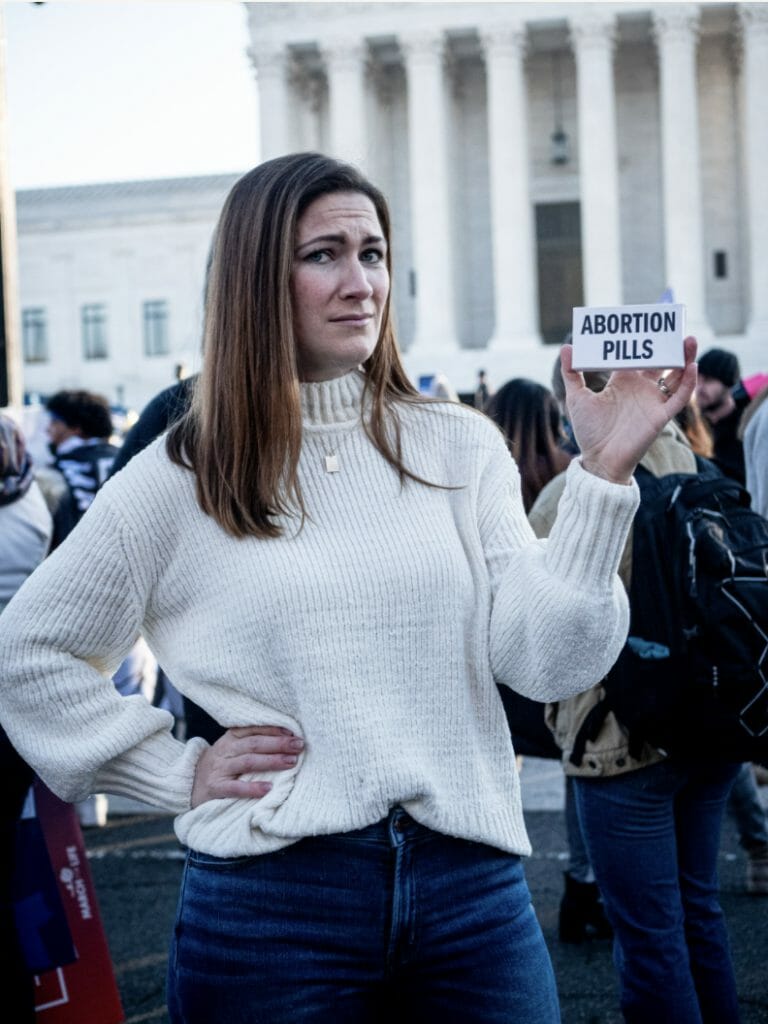 In this season of ushering in the New Year, the New York Times recently published an article focused on pushing the Biden Administration toward resolutions for even more radical pro-abortion policies – a power grab never before seen in abortion politics. Though Biden hasn’t even been in office for a year yet, his administration has already done significant damage to the welfare of pregnant mothers and preborn children. But three law professors think he hasn’t gone far enough—and their suggestions prove yet again that this year will be a busy one for Students for Life of America, Students for Life Action, and the Pro-Life Generation.

The article, authored by David Cohen, Greer Donley, and Rachel Rebouche, makes three suggestions for the Biden Administration (all of which are equally appalling, of course.) The authors state that the administration must “get creative” in abusing their federal authority in order to crush state pro-life activity. Apparently, they are not too fond of the tenets of democracy – including government officials acting with “the consent of the governed,” preferring to rule from on high, through federal fiat. Let’s dive into these bad suggestions one by one. 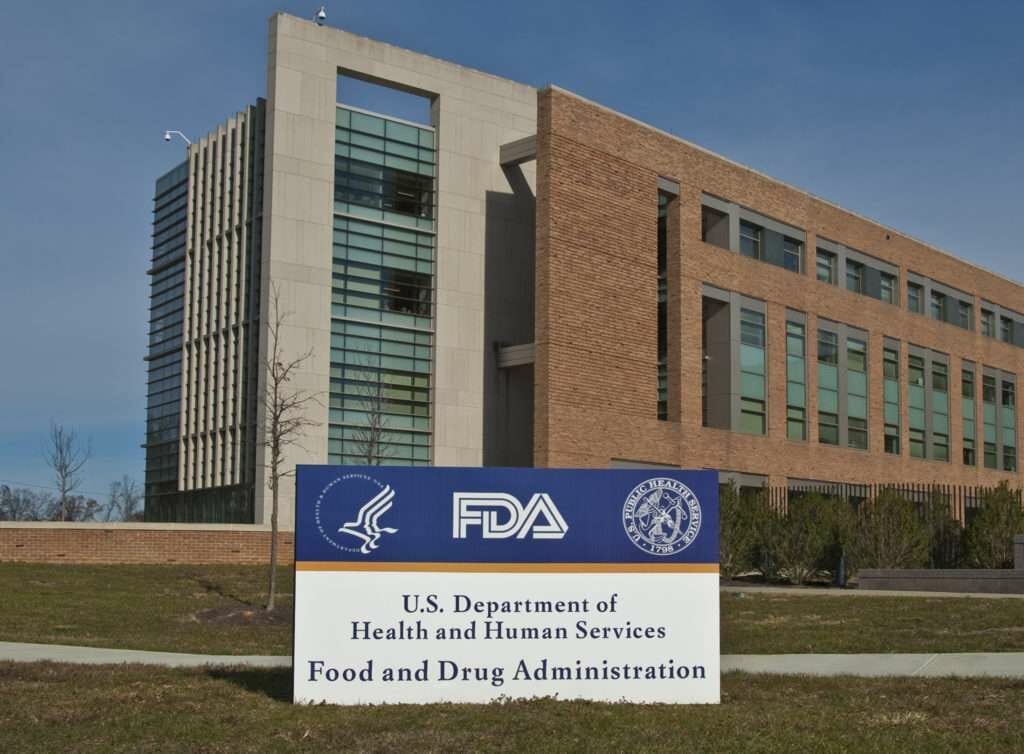 1. The Biden Administration could challenge many state laws that conflict with the FDA’s recent decision to drop health and safety standards for Chemical Abortion Pills.

The authors state that it is a constitutional tenet that federal laws/regulations preempt or take precedence over state laws. They wish to use this tenet to overturn state laws which regulate mifepristone (one of the drugs used in the Chemical Abortion pill cocktail) more tightly than the FDA does. After the FDA’s recent loosening of regulations on mifepristone, this would put almost 20 states in danger of losing their chemical abortion laws designed to save women’s lives, health, and fertility should they use Chemical Abortion Pills.

But it’s the states putting women’s interests over the profits of Corporate Abortion.

As SFLA/SFLAction President Kristan Hawkins recently observed at National Review, in analysis titled “The Abortion Lobby Doubles Down on Risky Chemical-Abortion Pills,” the need for health and safety standards is obvious when you check the science. She noted: “The pills cause four times the complications as surgical abortion, with a risk of death that is ten times higher, according to a National Institute of Health Study. 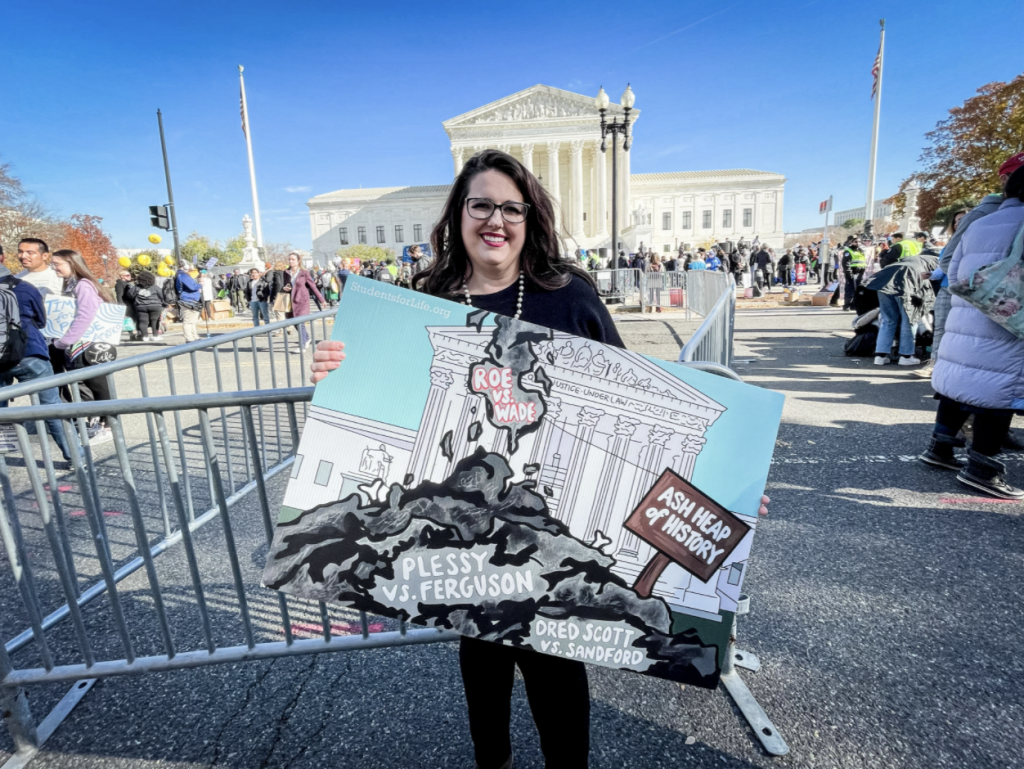 “The FDA reports numerous side effects. Between 5 and 7 percent of women who take chemical-abortion pills will need a follow-up surgery to end the pregnancy. And an Australian study noted that up to 8 percent of women who took the pills in that country ended up in an emergency room. Similar math is even reported by the abortion industry.

“Chemical-abortion pills don’t work well later in pregnancy, or when a woman has an ectopic pregnancy (one that takes place outside the womb), which affects up to 2 percent of women. Half of those experiencing that life-threatening condition will have no risk factors. The FDA also notes that such pills present a risk of death from internal bleeding caused by a ruptured ectopic pregnancy.

“Without proper treatment, women also face an extreme risk of infertility after using chemical-abortion pills if they have an Rh-negative blood type, which includes 15 percent of the population. When a pregnant, Rh-negative woman experiences blood contact, such as in birth or abortion, she must urgently receive a shot of Rh immunoglobulin to neutralize deadly antibodies. Without that, miscarriages can bring future heartache as a mother’s body attacks future pregnancies.” 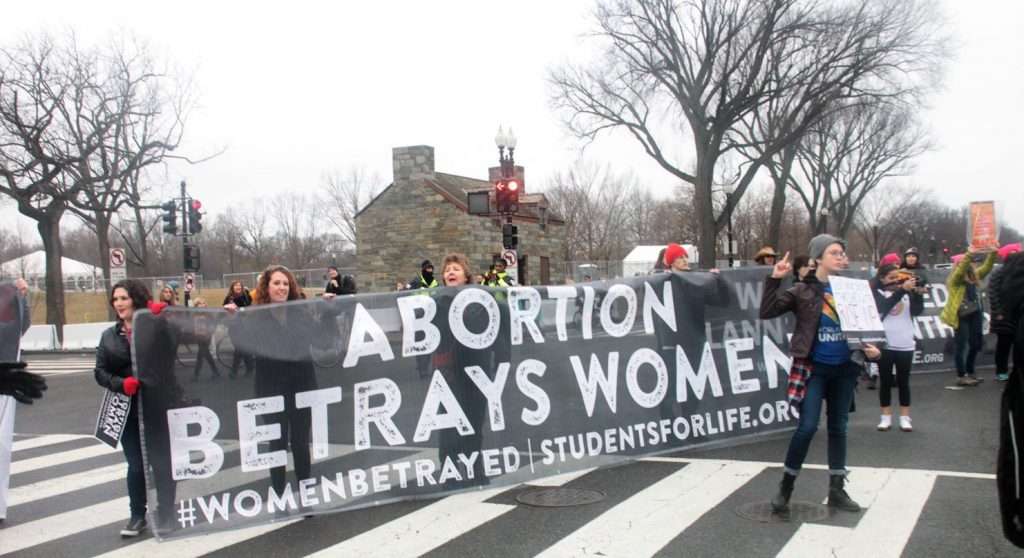 States have every right to protect the lives of women and the preborn from reckless, pro-abortion policies.

The authors really outdid themselves with this out-of-the-box idea where the federal government leases out federal property to abortionists as a loophole strategy in pro-life states. The purpose of renting federal property to abortionists would be to get around state laws on abortion as the authors contend that “only a small set of state civil laws apply on federal land.” As an example, this means that abortionists could rent a space on federal government property for an abortion facility in Texas and commit abortions that do not follow the specifications of Texas law—essentially getting around the Texas law entirely.

The authors also point out that this strategy would not be in violation of the Hyde Amendment that limits taxpayer funding of abortion to only in cases of rape, incest, or when a mother’s life is in danger as abortionists would not be taking federal money but paying money to the federal government for the space. 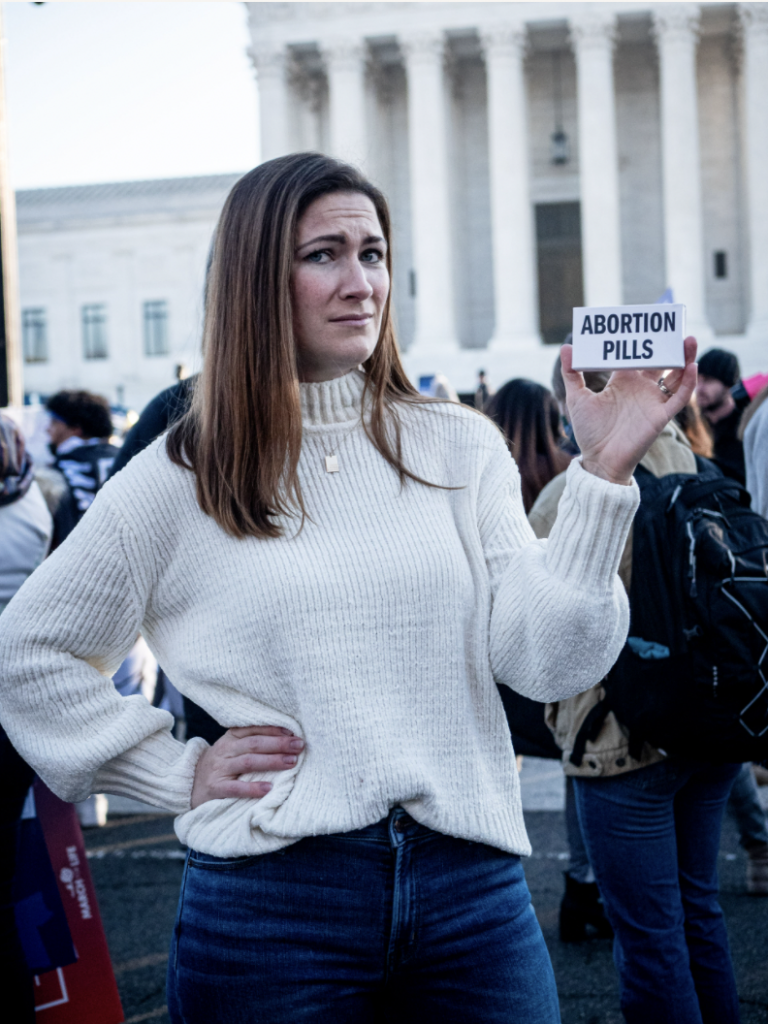 That’s a little bit like saying letting someone live almost rent free in your home isn’t getting a deal because they give you a little money. One wonders about the economic prowess of the authors if they truly believe giving a billion-dollar industry a great deal on rent isn’t a big deal.

3. The Biden Administration could take steps to expand access to abortion telemedicine services.

Two, the federal government could encourage the adoption of interstate licensure compacts. This means that some abortionists could provide chemical abortions pills across state borders. This would seriously blur the lines for pro-life action and encourage the postal service to carry Chemical Abortion Pills. This begs the question, what other drugs should the government smuggle across state lines, against the wishes of duly elected state officials, according to the BrainTrust writing this piece? 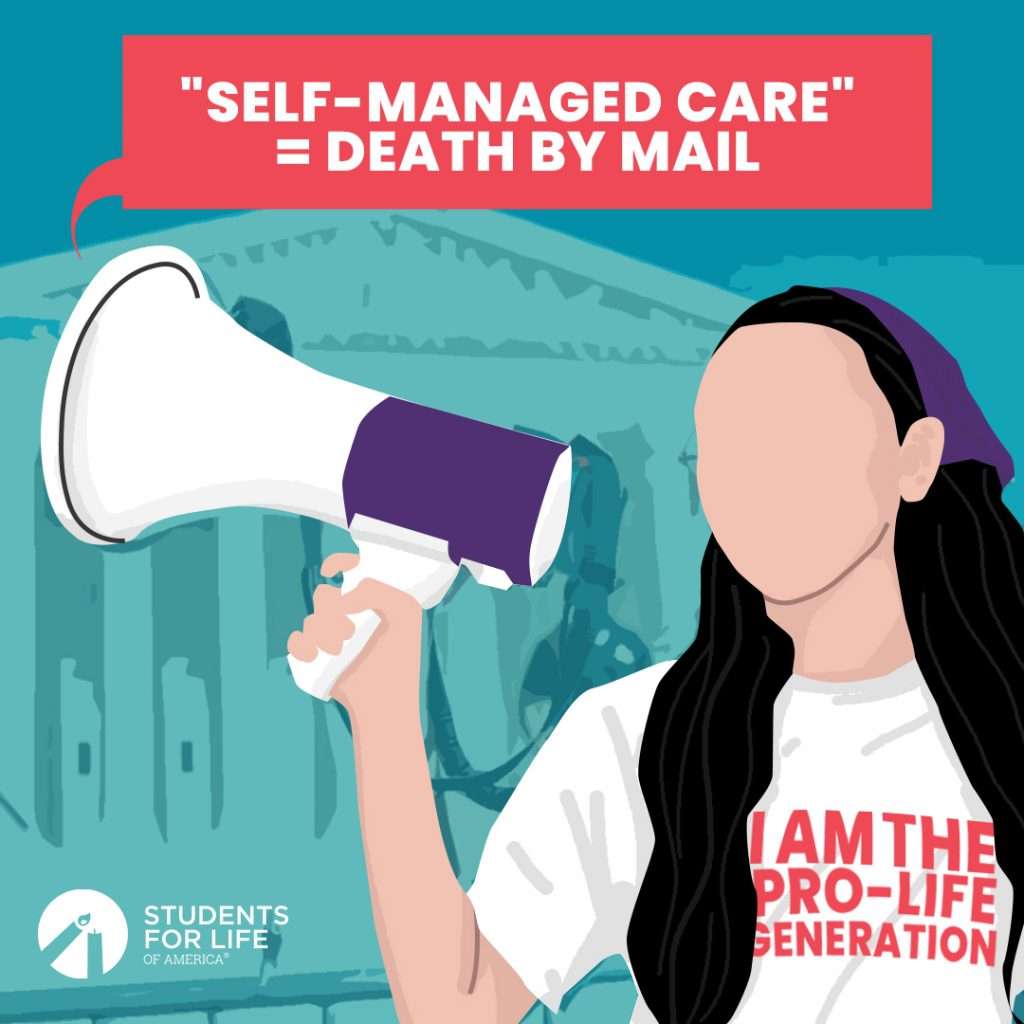 The authors also seemed woefully misinformed about the fact that abortion complications from both surgical and Chemical Abortion Pills are not tracked in the U.S. as are problems with medical events. There is no National Abortion Reporting Law and some states report no complications at all – according to the CDC and The Guttmacher Institute that both report on data voluntarily submitted by abortionists. It’s a trust but NEVER verify situation when it comes to abortion. 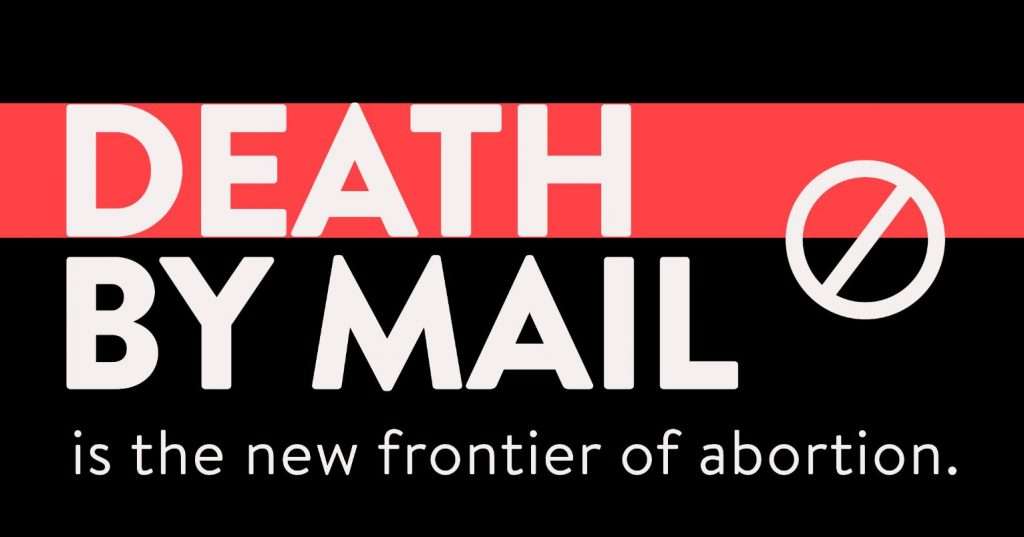 And lastly, the federal government could use their “influence” on the post office to stop states from prohibiting or investigating shipments of chemical abortion pills through the United States Postal Service. SFLA has warned of Death by Mail by years, and this suggestion shows we were correct the whole time. The abortion lobby wants to use the post office to facilitate the delivery of life-ending drugs—it’s a key part of their strategy.

This article reads like the abortion lobby’s secret plans—yet it’s been published widely. The pro-life movement needs to take the scope of the plans to take power from the states to force a federal abortion agenda seriously and begin now to make plans for opposing this radical change.  Corporate abortion has flashed the playing cards in their hand, and the Pro-Life Generation must get ready to confront the life and death stakes.