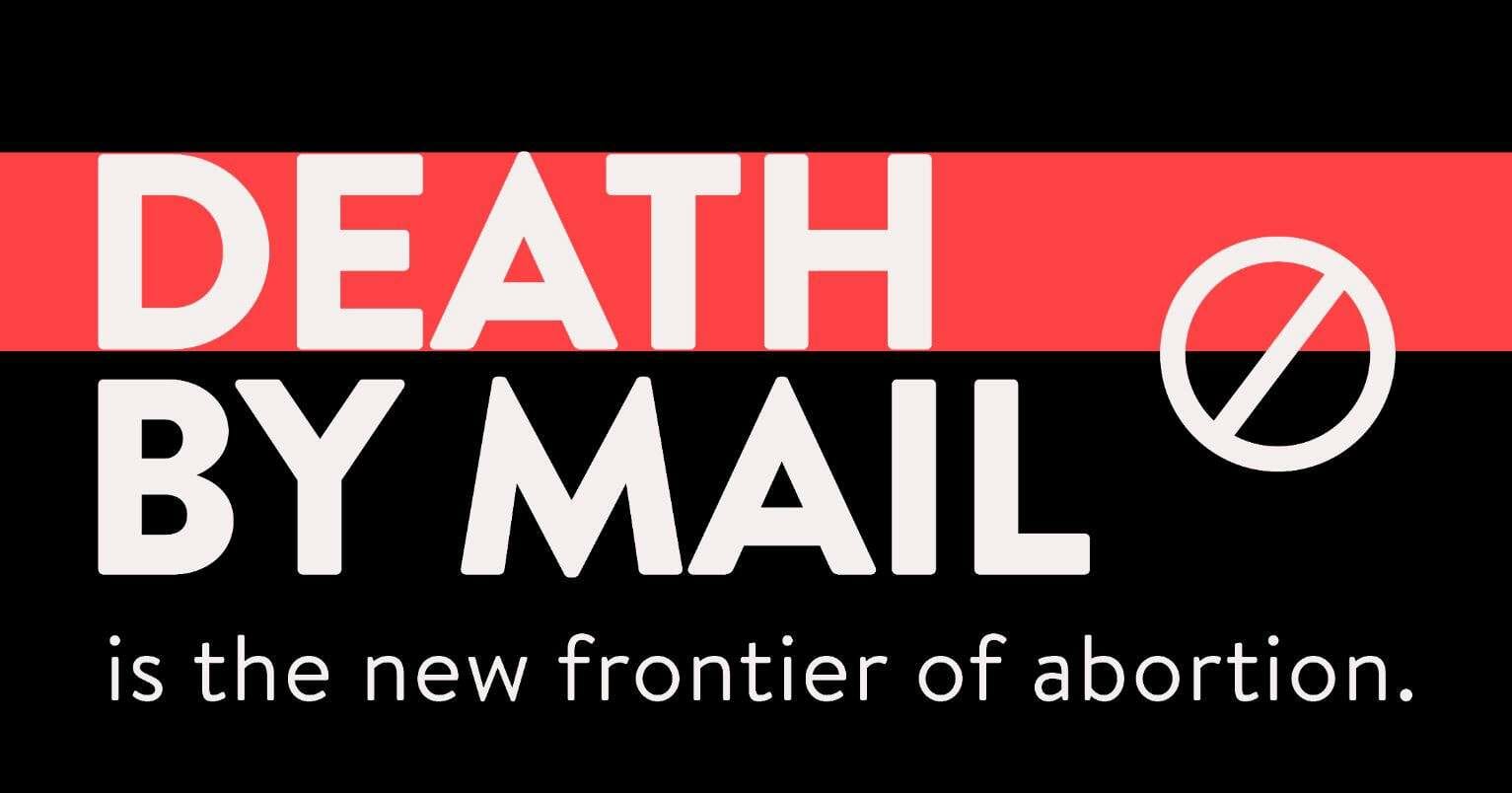 Chemical abortion (also known as RU-486, medical abortion, at-home abortion, self-managed abortion, & pill abortion) is the abortion of a baby typically in the first trimester using powerful drugs called Mifepristone and Misoprostol. This type of abortion makes up nearly half of all abortions in the U.S. and has killed 24 women and injured thousands more since its legalization in 2000.

This is a non-graphic video of how chemical abortion works, as explained by a former abortionist…

How It’s Different from Birth Control

Sadly, sellers of chemical abortion are actively trying to muddy the differences between chemical abortion and birth control pills. Already, there is a similarity in that a woman consumes a pill in order to avoid bearing a child. But that is where the similarities end.

Hormonal birth control (pills, implants, IUDs, injections, and Plan B) is not a guaranteed abortifacient. That is, while it is capable of ending the life of a very new human (and says so on the box), its primary function is not to do so. Hormonal contraception works, in layman’s terms, via four lines of defenses.

Hormonal contraception is administered constantly in order to suppress a woman’s fertility. In order, the four defenses against pregnancy are: Suppressing Ovulation, Thickening of Cervical Fluid, Changing Movement of the Fallopian Tubes, and Thinning of the Uterine Lining. That last line of defense, the thinning of the endometrium, is the part that can be abortifacient. If the first three defenses fail and a new human is conceived, that new human (called a blastocyst, at that stage) may not be able to implant and dies as a result. Because of the possibility of abortion, consistent pro-life advocates oppose hormonal contraception and Plan B, which is a mega-dose of regular birth control chemicals.

Chemical abortion, on the other hand, is not a preventative attempt. Human offspring has been created, implanted, and is living and developing. Chemical abortion is the intentional termination of that human life within the first trimester by blocking necessary hormones to end the life then stimulating the expulsion of the remains.

Side effects and/or complications that accompany chemical abortions are:

A 2018 study in Sweden, where abortion is legal and not altogether controversial, reported:

How is Chemical Abortion Regulated?

The FDA and other regulatory entities have proven (largely by inaction) that they are not interested in regulating chemical abortion drugs. The abortion lobby is pushing hard to remove safety protocols (called REMs– Risk Evaluation and Mitigation Strategy) to make it easier to sell the deadly pills by cutting out health and safety standards. This puts women at risk of injury, infection, lost fertility, and even death. And the FDA is going along with it.

Regulation of the drugs is abysmal across the board. Abortion facilities nationwide advertise the pills up to varying gestational ages, including those that exceed the FDA’s safety recommendation of 70 days (10 weeks) LMP. If you search “medical abortion” online, you’ll find results containing many different assertions as to the cutoff for “safe” chemical abortion, ranging anywhere from 5 weeks to 15+ weeks.

But, because no one in the entire United States of America wants to be the one that curtails abortion in any way, lest they be deemed a zealot, women are being hurt.

The Bias in Chemical Abortion Research

The disregard for women’s safety is blatant in research about chemical abortion, too. A recent “retrospective case study of abortions at 13 or more weeks gestation provided by Women on Web between 2016 and 2019,” for instance, turned up some frightening results.

After buying mifepristone and misoprostol online and taking them at home…

These are not good numbers. Yet the abortion-friendly researchers (including Rebecca Gomperts, the abortionist who founded Women on Web, an online distributor of chemical abortion drugs, whether its legal or not) concluded, “Provision through telemedicine at 13 to 15 weeks appears safe and effective.”

They go on to say, “Limited data suggest that medical abortion through telemedicine services may be a safe option through 15 weeks gestation in settings where there is ready access to the formal health system.”

So… nearly half of women needing to seek medical care afterwards is a statistic they’re comfortable with. Then, they have the gall to suggest that second-trimester chemical abortion is safe – provided you live very near to a hospital.

In a different study, 1000 women who attempted chemical abortions were surveyed for adverse outcomes. The results were similarly concerning:

Yet still, the researchers here conclude that webcam chemical abortion is “highly effective.” In fact, they say that “outcomes compare favourably with in clinic protocols.” The risk of chemical abortion takes a turn for the worse when women are sent away to deal with it alone, but the fact that it’s comparably dangerous with medical supervision isn’t good news for women, either.

For most of the intervening decades between today and abortion’s legalization via Roe v. Wade in 1973, abortion messaging has been something along the lines of, “Abortion isn’t good, but it should be available just in case. But it isn’t birth control and it’s pretty irresponsible to have more than one.”

For today’s outspoken abortion supporters, that line of thinking is ancient history. Abortion is now promoted as good, normal, and acceptable to use as birth control. Consider an October 2021 Atlantic article that encourages people to “stockpile abortion pills” after buying them online from Rebecca Gomperts and her Women on Web chemical abortion empire.

The rise of chemical abortion is decisive proof that abortion vendors’ mission is money, and their plan is to abandon women to whatever happens next. They fight to remove safety regulations, ignore research that says women are hurt by it, and even advise women to lie to their doctors if the chemical abortion goes awry and they need to go to the ER.

In another piece for The Atlantic, it notes: “However, if women using these regimens experience heavy bleeding or some other complication—as about 3 percent of women have—they are generally advised to go to a hospital and say they had a miscarriage.” To clarify, 3% of women who seek chemical abortions is 7,435 annually.

They formally instruct women who take powerful drugs by themselves at home to go to the ER and lie to doctors about what’s wrong with them. With only false information to work with, doctors’ attempts to heal (or even save) the post-abortive woman are at a disadvantage. Chemical abortion is growing rapidly in part because of its appeal to the sellers; there is no liability for them, little time and money involved, and it’s difficult to regulate.

Deception attempts continue in other ways, including a chemical abortion distributor naming themselves “Plan C” and abortion industry focus groups testing out rebranding chemical abortion to be called “missed period pills.” If it wasn’t clear that they don’t respect women and think we’re idiots, that last one proves it.

As is stands, it is possible to “reverse” a chemical abortion if only the first regimen has been taken. The first drug, Mifepristone, functions by blocking progesterone from the baby which is fatal. But hundreds of babies have been saved by Abortion Pill Reversal, the quick administration of progesterone within 72 hours of ingesting Mifepristone.

Sadly, the abortion industry is working towards producing a deadlier, one-pill chemical abortion drug which would eradicate hope for mothers who change their minds after taking the first pill.

Students for Life of America will continue battling abortion culture in all of its many forms, including this latest, sneakiest development.