Pro-Abortion Supporters Are Mean and Extreme: Pro-Lifer Home Raided, Canvasser Shot … Where Is the Line Drawn? 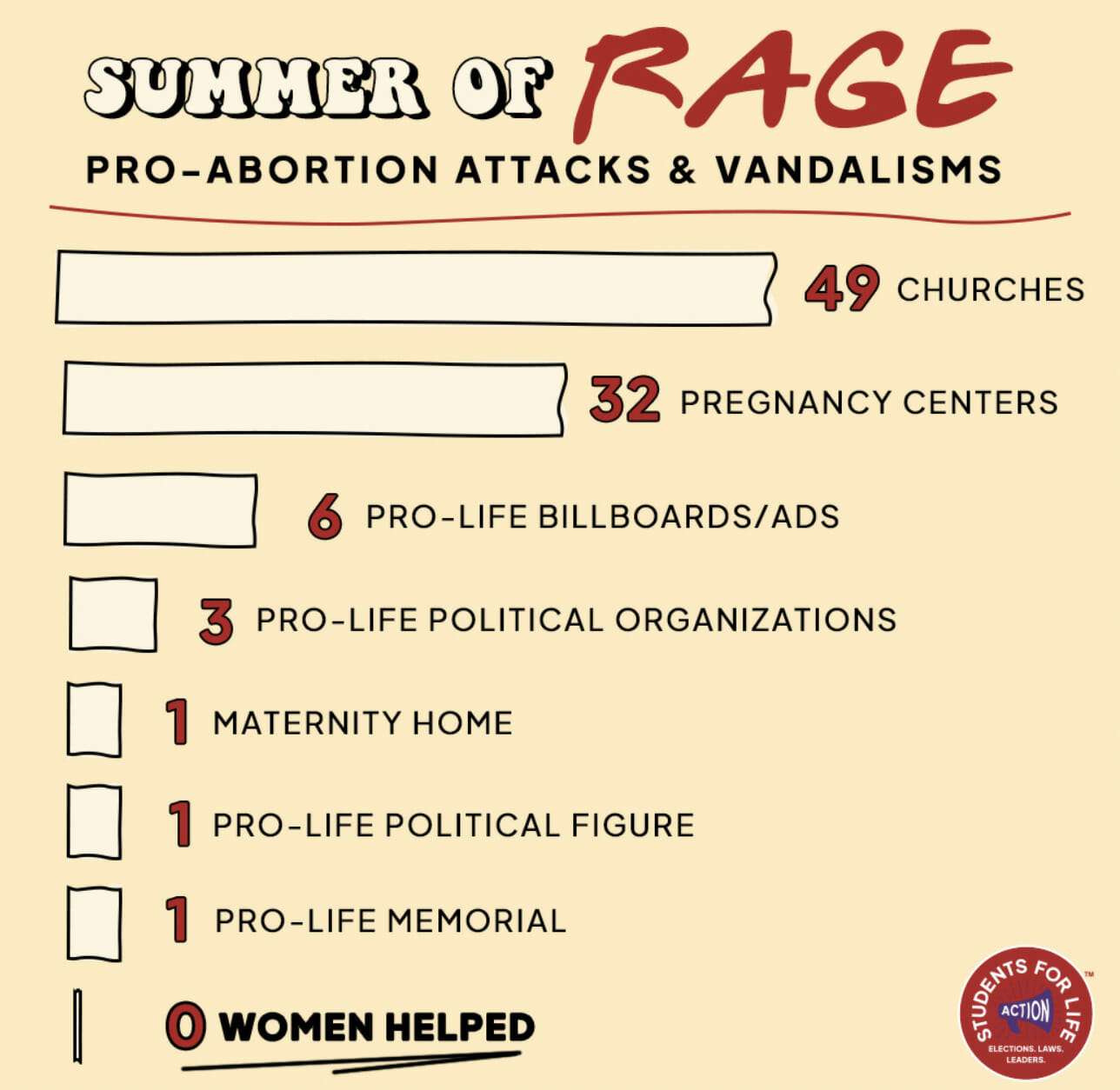 To the dismay of the Pro-Life Movement and peaceful Americans all over, more stories have come to light exposing the mean and extreme nature of the pro-abortion party. Recently, a horrific scene unfolded in Pennsylvania where pro-life activist and sidewalk counselor Mark Houck had his home raided as he was arrested in front of his family by the SWAT for alleged violations of the Freedom of Access to Clinic Entrances Act.

When Senator Hirono raised a call to arms, did she mean for President Biden’s FBI to spring into action to storm pro-lifers’ homes with rifles out? The same agency that has been unable to find or arrest any of the criminals who firebombed and vandalized pregnancy resource centers this summer was quick to send 25-30 heavily armed agents in 15 vehicles for Houck, one pro-life activist.

Not only is the FBI slow to acknowledge or act upon attacks the pro-life community, but they seemingly spring into action when given political order like bombarding the home of one pro-life activist or even a former President.

The violence of abortion has been spread to violence in the streets towards anyone who holds a pro-life view. It was recently reported that an 84-year-old pro-lifer was shot in the back/shoulder area after a tense conversation about Michigan’s abortion ballot initiative.

This is why Students for Life Action (SFLAction) and Students for Life of America (SFLA) takes safety protocols very seriously for our canvassers. We educate and equip doorknockers with safety procedures and enforce policies that help protect them in the field.

Thankfully, the victim is expected to make a full recovery as reports indicate the person who shot her was not directly involved in the abortion conversation but still acted in complete violence. In another instance, this summer 18-year-old Grace Hartsock was volunteering with SFLAction in Kansas when a woman ran out of her home and attacked her.

As rhetoric rises from pro-abortion leaders, we are seeing less tolerance for pro-lifers in the community or on campus. Even President Biden classified the Pro-Life Generation a “threat to democracy” while his own party acts out in a Summer of Rage.

The mean and extreme pro-abortion party was quick to take their summer of rage filled with vandalism to the fall school semester where pro-life students are target of harassment. SFLA student Jonathan Kenney was subjected to a grotesque act at William & Mary University when a pro-abortion peer hurled a cup of urine at him while walking by the Abortion Is Not Right display.

SFLA groups have been reporting a long list of harassment and vandalism from defaced or ripped up signs and posters, displays being destroyed, or pro-life materials being stolen. Their pro-life views and free speech rights are constantly under attack on campus.

The Pro-Life Movement is not a movement of violence, we wholeheartedly stand against violence inside and outside of the womb. We hope to engage in civil discourse with our 1,000,000 conversation goal to change how the culture views abortion.

We never want to see another life lost such as the 18-year-old boy from North Dakota who reportedly was killed over political differences. The pro-abortion party has acted out time and time again in a mean and extreme way and we will continue to defend our pro-life views, take safety measures, and call out the unhinged actions from the pro-abortion party.

Right now, Senator Josh Hawley is leading a letter to Attorney General Merrik Garland demanding information on the arrest and treatment of Houck, the pro-lifer arrested. Twenty two Members of Congress have joined the demand for AG Garland to explain why Houck had a SWAT style raid.

This follows SFLA’s calls for AG Garland to be held accountable. CLICK HERE to add your name to tell AG Garland & the Department of Justice take action against pro-abortion terrorism.

READ NEXT: Four Fierce Women on the Front Lines of a Post-Roe America