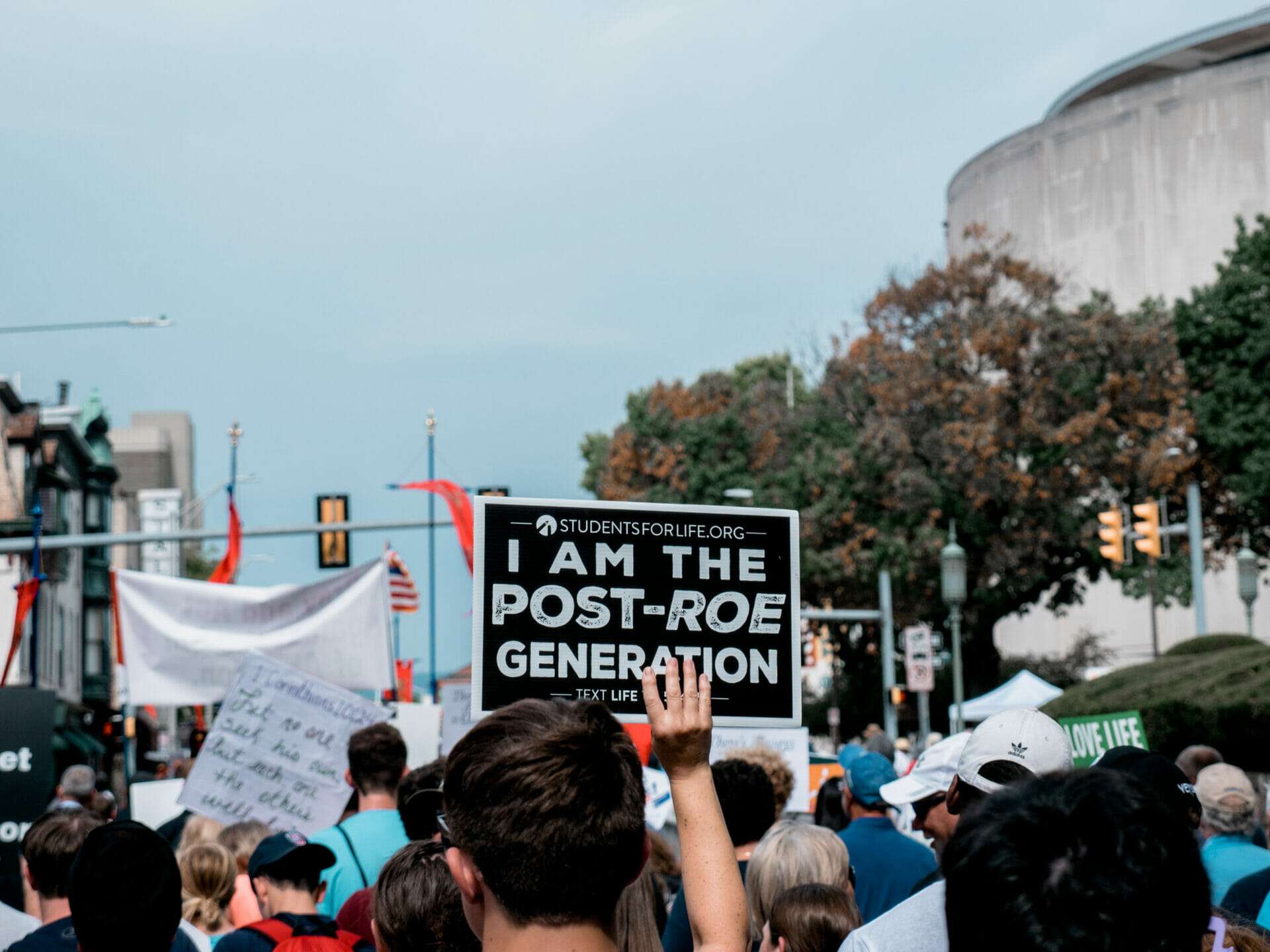 GUEST POST: WORLD Magazine recently highlighted four young women who are working to end abortion. Biased, pro-abortion news media have focused lots of coverage on abortion following the overturning of Roe v. Wade in June. The stories they have not featured are those of the increasing violence against pro-life organizations and pregnancy resource centers. Or the pro-lifers courageous enough to continue the work of protecting the preborn in an ever more hostile landscape.

The Christian news source WORLD Magazine offered a refreshing alternative. The recent article featured four young women affiliated with Students for Life of America (SFLA) who are representing the Pro-Life Generation and working to challenge their peers on the abortion status quo.

That is a task that has become much more harrowing in recent months, as the story of 18-year-old Grace Hartsock demonstrates. Like other young pro-life activists, Hartsock was attacked while peacefully knocking on doors in Kansas ahead of the July vote on a pro-life amendment to the state constitution. It should be news in any outlet that an 18-year-old girl was attacked by a gown woman who supports abortion.

As Hartsock told SFLA at the time, “It’s not surprising to me that a person who advocates for violence in the womb wouldn’t hesitate to attack a pro-life woman like myself.” After the pro-life amendment failed to pass in Kansas, Hartsock expressed her disappointment and noted, “I think it just goes to show that we have such a big job ahead of us.”

Part of the work ahead is encouraging pro-life peers to speak up even as abortion activists become louder and more threatening. Jamie Scherdin, 22-year-old Ohio regional coordinator for SFLA told WORLD, “People whom I would consider my friends, who were very aware that I was involved in this work, completely cut me out of their life due to the reversal of Roe.” Her experience of losing friends due to her pro-life advocacy is not unique. She explained, “I see and I hear that from the students I work with all the time. You know, ‘My friends didn’t really care that much before that I was pro-life and since the reversal of Roe they won’t look at me, they won’t talk to me, they’re just so angry.’”

The benefit of abortion activism becoming so outspoken is that the topic comes up more frequently. Brooke Rizuto, a former intern with SFLA and current student president of the pro-life group at Dallas Baptist University noted that she has heard much more from peers about abortion. “If you were unsure about how someone felt about this issue—100 percent, you found out that weekend [the weekend Roe v. Wade was overturned],” she said. “Pretty much everyone weighed in on that topic.”

The challenge, as noted above, is now convincing pro-life students it is worth the risk of ostracism to speak out on behalf of the preborn. Rizuto told WORLD that she saw a change in students’ hesitation to join pro-life efforts. Whereas before students were worried about talking about difficult or uncomfortable topics, now students fear for their safety. After hearing about stories like Hartsock’s (and many others), Rizuto says, “It’s more of, ‘It’s too dangerous. I’m not putting myself out there.’”

While the threats of violence and harassment might stop people from joining, it has made many pro-lifers stronger in their convictions. In the violence of abortion activists, the world witnesses the violence and injustice of the pro-abortion worldview. Instead of engaging in reasoned arguments, abortion activists are making obscene gestures and shouting curse words. Some young people are noticing and turning to pro-life advocacy.

Merlot Fogarty, the student president of the pro-life group at the University of Notre Dame, reports that her organization has reached 675 members with many freshmen joining. “There really is no middle ground anymore,” she said. “I think the freshmen who identify with pro-life are coming to the university looking to find those who are actually working hard to help women and children in the wake of Roe.”

Post-Roe America has begun. With it come challenges and opportunities for the pro-life movement. The increased radicalism and violence of pro-abortion activists will intimidate some pro-lifers, and many pro-lifers are under the mistaken impression that the work is done. For those engaged pro-lifers who are courageous enough to defend the preborn, this is an exciting time of hope.