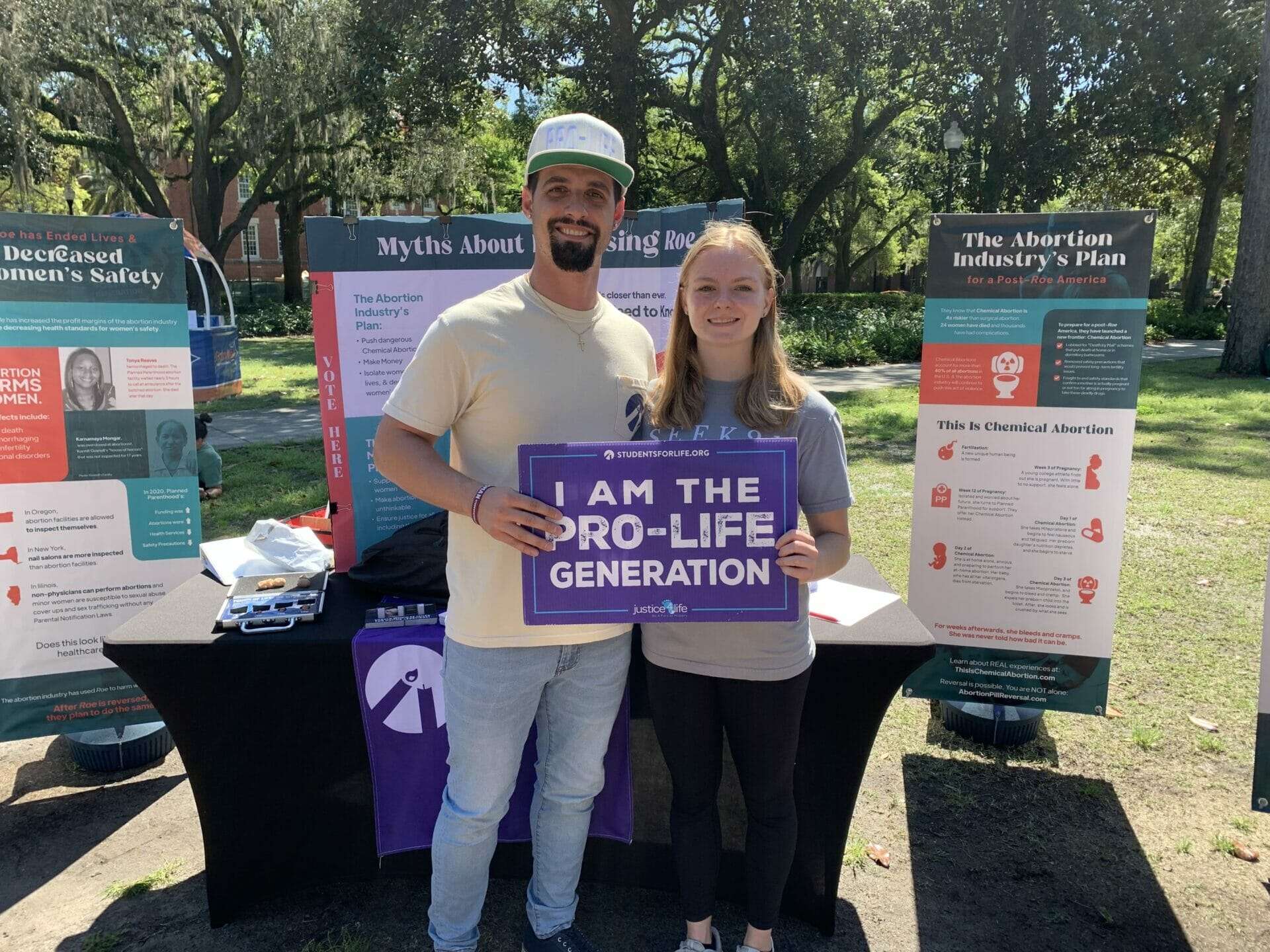 As more higher education institutions continue to bow to the abortion lobby and offer emergency “contraception” like candy, the University of Florida (UF) appears similarly poised to endanger their students according to a resolution by the UF Student Senate. This detrimental idea has been in the works for a couple years, and it appears that the reversal of Roe v. Wade pushed it over the edge — but is this the student government merely doing the school administration’s pro-abortion dirty work? Here’s what happened and what Florida pro-lifers are saying about the decision:

Earlier this week, the UF Student Senate (a 69-member student council) approved a resolution to work with the UF administration to place Plan B at a discounted rate in vending machines on campus. The Gainesville Sun reported that this effort had started in 2018 with the National Women Liberation Gainesville Chapter; however, the idea really hadn’t taken off until recently when it was expedited due to the fall of Roe in the Dobbs v. Jackson ruling.

Plan B and other emergency contraceptives — abortifacients falsely marked as contraceptives —are already currently available at the UF Student Pharmacy for the low price of $10, and the pharmacy remains open regularly throughout the school year (Monday through Fridays 8 a.m. – 5p.m., Sunday 12-4 p.m.) and the summer (Monday through Friday, 8 a.m. – 4:30 p.m.). Despite this already simple availability, students maintained that it wasn’t easy enough to obtain the drug.

Not easy for abusers to obtain and force upon their sexual victims, either? Absolutely — having these drugs in a vending machine is an abuser’s dream. Students for Life of America (SFLA) President Kristan Hawkins recently made this case during a Fox & Friends interview about Boston University implementing a similar policy.

“I actually agree with former President Obama on this one; that drugs in vending machines where abusers can have access to these drugs is a bad idea. One of the reasons President Obama, even though he was 100% pro-abortion, opposed putting these drugs in vending machines next to soda and candy bars or water and granola bars because even he knew that these are dangerous drugs. Men can access these drugs and give them to girls they are abusing without oversight.”

SFLA Florida Regional Coordinator Andy Secola mirrored this concern for students at the University of Florida. He stated:

“Having Plan B vending machines on a college campus sounds like a nice idea in theory because it makes these pills more easily accessible for women. However, the main problem that’s not being addressed is that literally anyone can buy them. Abusers can buy them in bulk and force their sexual partners to take them, sneak them into their drinks, etc. It is ignorant to believe that the only customers who will buy from these vending machines will be college-aged women.”

Pro-life students at the UF are also uncomfortable with the new resolution. The president of the UF SFLA group Katie Yarborough voiced her group’s disapproval of the measure, saying:

“I am very disappointed in the University of Florida Student Senate for passing this measure to allow students 24-hour access to Plan B via vending machines, meaning women will now be able to purchase abortifacients in their residence halls. Not only is this a threat to preborn children, but also to the women who take the “morning after” pill as Plan B has several negative side-effects. As a pro-life student, I am concerned for both women and children, and the University of Florida Students for Life group will work hard to challenge this measure to protect female students and their preborn children.”

READ NEXT: Kamala Harris Compared the Reversal of Roe to Slavery