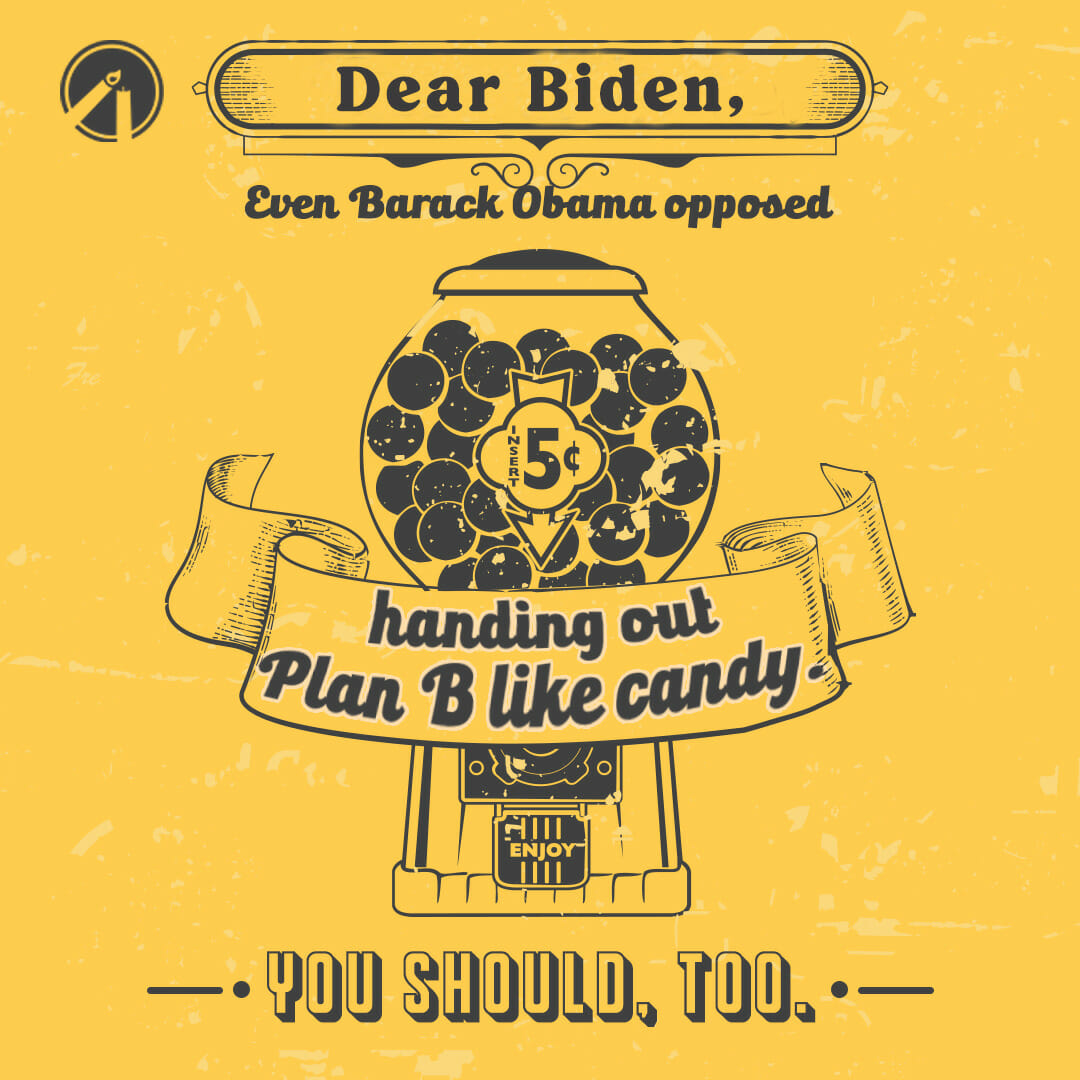 Just when you thought you had seen it all, you realize that you really haven’t seen anything yet because Students for Life of America (SFLA) and the former 44th President of the United States just came to an agreement on an aspect of the abortion issue. If you don’t recall, former President Barack Obama was not a friend to the pro-life movement so the fact that there is an overlap in beliefs is difficult to imagine but not impossible — at least, that’s what the New York Times found. Check out how we surprisingly agree with Obama below and watch SFLA President Kristan Hawkins on Fox & Friends respond:

In a recent article by the New York Times entitled “FDA to Weigh Over-The-Counter Sale of Contraceptive Pills,” journalist Hannah Yoon discussed the politics behind contraceptive pills currently and over the last decade. Today’s pro-abortion politicians are attempting to enshrine the sale of abortifacients through deceitfully masking them as contraceptives and working against parental notification laws.

However, Yoon highlights that parental notification was actually once supported by the Obama Administration. She wrote,

“In 2011, the F.D.A. approved the over-the-counter sale of Plan B, an emergency contraceptive, to teenagers 16 and younger — only to have Kathleen Sebelius, then the health secretary in the Obama administration, take the exceedingly rare step of overruling its decision after President Barack Obama expressed reservations about giving minors access to the drug without parental consent. Ms. Sebelius was eventually overruled by a federal judge.”

“But access for teenagers is likely to emerge as a sticking point. Leaders of the anti-abortion movement have not taken a position on over-the-counter birth control pills, but they strongly oppose giving them to minors without any adult involvement.”

Hawkins also recently went on Fox News’ Fox and Friends to discuss this topic as Boston University is recklessly dispensing Plan B on campus in vending machines. Read the show transcript below or watch the discussion.

Hawkins stated, “I actually agree with former President Obama on this one; that drugs in vending machines where abusers can have access to these drugs is a bad idea. Boston University was actually one of the universitas in Massachusetts that participated in the Harvard study showing that dangerous sodas and candies should be removed from vending machines in order to ensure the health of students. Now, they are distributing these drugs which there are no long-term studies of, which we know can harm women and can depending on where a woman is in her ovulation cycle can terminate an unborn child.

When asked how Hawkins felt about these vending machines making it easier for students to access Plan B, Hawkins responded:

“It’s also going to make it easier for abusers to have access to these drugs. One of the reasons President Obama, even though he was 100% pro-abortion, opposed putting these drugs in vending machines next to soda and candy bars or water and granola bars because even he knew that these are dangerous drugs. Men can access these drugs and give them to girls they are abusing without oversight.”

SFLA absolutely opposes giving minors these drugs without their parent or guardian’s knowledge because such policies are asking to let abuse and other problems slip under the rug. For example, without parental notification, abusers can force minors to take Plan B or other abortifacients secretly in order to hide sexual abuse becoming apparent through pregnancy.

This isn’t speculation, either. Unfortunately, sexual abusers and traffickers do utilize the abortion industry for their own benefit and to the detriment of their victims in a variety of ways. For example, sex trafficking rings will often force their victims to abort. One such sexual abuse survivor Brooke Bello relayed this horrifying reality when she was on the warpath to keep Parental Notification for abortion in Illinois.  Bello’s forced abortions due to lack of proper oversight led to emotional trauma and infertility.

Clearly, parents should be in the know when it comes to these decisions for their children’s safety and wellness, and we’re so glad to see that Obama agrees with us on this (not that our views would change a bit if he didn’t). Now, if he could just reel in his support for the abortion giant and stop implying that women need abortion to be equal to men, that would be great — but we’re not holding our breath.  This is probably the first and last time we ever agree, but Obama is welcome to jump ship from the abortion lobby and join the pro-life movement anytime. Life needs as many advocates as possible.

Caroline Wharton is a graduate of the University of North Carolina who serves the Pro-Life Generation as a staff writer and communications assistant.
Blog
Blogroll
college
Featured
high school
SFLA Press Feature
Uncategorized