Fact Check: What Do the Polls REALLY Say About How Voters See the Two Parties on Abortion? 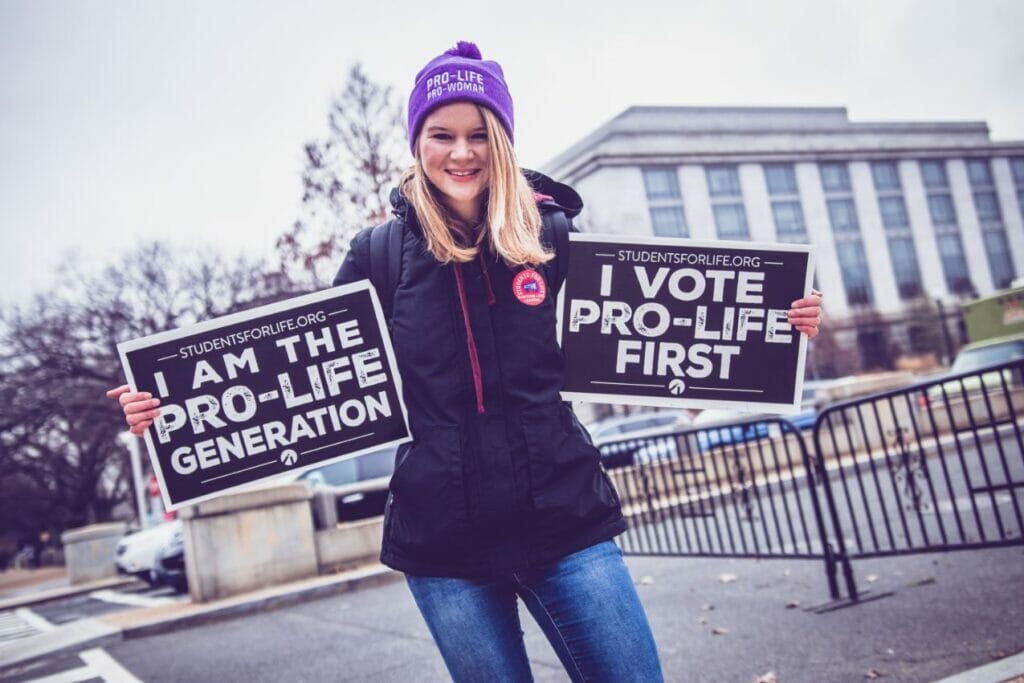 The abortion lobby and the Democrat Party like to claim that the majority of Americans stand for their radical, extremist abortion views and a recent Reuters/Ipsos poll is asserting that more Americans favor Democrat abortion policy, suggesting that we may see an uptick in blue political seat holders this November. This is exactly what President Joe Biden was referring to when he appeared on the Jimmy Kimmel Show and said, “People could get voted out of office”—but what does a summary of American polling on abortion policy really say about the American people’s abortion view? Let’s take a look:

The combined effect of Roe v. Wade and Doe v. Bolton (the two fateful abortion decision that came out on the same day in 1973) is that there are virtually no limits on abortion—meaning that a woman could even abort her child the day before the baby was due.

What do the polls say?

The Democrat Party is blatantly in favor of abortion on demand without limits as their politicians typically fight against any and all abortion restrictions, and the current Democrat Party platform reads: “Democrats oppose and will fight to overturn federal and state laws that create barriers to reproductive health and rights… Democrats oppose restrictions on medication abortion.”

For the abortion-extremists in the Democrat Party, it’s evident that any restriction or limitation on abortion (even those made for the health and safety of the mother) is too much to handle.

The Grand Old Party finds abortion to be constitutionally wrong and morally reprehensible, and this is reflected in their 2020 party platform which reads, “We are proud to be the party that protects human life and offers real solutions for women.” In contrast to the Democrats, the Republicans are working to create more and more limitations on abortion until abortion is finally abolished. Such restrictions include measures like Heartbeat Laws, Life at Conception Laws, etc.

Infanticide is the murder of an infant outside of the womb, and among other situations, it can occur when an abortion is botched. This can happen when a child which the mother was seeking to abort is born alive but is then left to die as they are not given life-saving care by the abortionist afterwards.

What do the polls say?

Democrats want to be able to kill your baby inside and outside of the womb. California Democrats are currently pushing a heinous bill, Assembly Bill (AB) 2223, which would decriminalize the killing of infants (also known as infanticide) by abortionists. Consider the  convicted murderer Dr. Kermit Gosnell of Pennsylvania, who was found guilty of cutting the spines of babies who survived an abortion – something that would be A-OK in California if the law passed.

Additionally, Democrats in Congress have consistently worked to block the Born-Alive Abortion Survivors Protection Act that would require a baby born during a botched abortion to be given life-saving care. If the Democrats don’t want to care for babies that have been born alive, it follows that they would rather have abortion survivors killed—which is infanticide, plain and simple.

Standing firm in the principle that murdering an innocent child (no matter how it is done) is wrong, the Republicans have championed life-affirming bills, such as the Born-Alive Abortion Survivors Protection Act . This bill was sponsored by more than 45 Republican Congressman and showcases the value that the Republican Party has for the lives of all children.

Enacted in 1976 (three years after Roe v. Wade was decided), the Hyde Amendment is a political “rider”—an additional provision that is added onto bills, specifically the annual Department of Health and Human Services appropriations bill—which prohibits tax dollars from directly funding abortions through Medicaid and protects taxpayers’ consciences.

What Do The Polls Say?

The Democrat Party platform reads, “We will repeal the Hyde Amendment, and protect and codify the right to reproductive freedom,” and many Democrats, including President Joe Biden who ran on this issue, have avidly worked against the Amendment. One of the ways the Democrats have recently worked against the Hyde Amendment was through a shady Biden budget that conveniently left out this ride.

The Republican Party platform states that they do not support the taxpayer funding of abortions, and Republicans have stayed true to this, standing in opposition to Democrat attempts to forgo the Hyde Amendment.

Not only is there political divide about spending taxpayer dollars to pay for abortion on American soil, but there is also a division on whether America should fund international abortions. The Helms Amendment, another political rider, prevents taxpayer dollars from being used to fund abortions worldwide through the lie that these life-ending procedures are a part of “humanitarian aid” instead of the importation of death.

What Do The Polls Say?

What is the Democrat Stance?

The Democrat Party openly supports using American tax dollars to send funds overseas for abortions as Democrats continue to attempt to pass bills which would allow for U.S. tax dollars to pay for abortions worldwide and repeal the Helms Amendment while doing so. Democrats in the House did so with an appropriations bill in the fall of 2021, and almost every Democrat in the House voted for the bill (with only three Democrats voting against it.)

What is the Republican Stance?

The Republican Party believes that all children—regardless of where they live—are worthy of life and thus supports the Helms Amendment (named for Republican Senator Jesse Helms) in order to protect foreign children and the consciences of taxpayers.

Which Party Really Represents the Majority of Americans on Abortion?

Clearly, the recent Reuters/Ipsos poll findings run entirely opposite to other data which holds that the majority of Americans do not support the Democrat Party’s abortion extremism. After all, what exactly is there to like about their party’s abortion policies?

All signs do seem to point away from the Democrats and back to the Republicans who have committed their party to seeking justice for both the preborn and their mothers. Americans simply don’t want abortion shoved down their throat in true Democrat fashion. Instead, they want protection for the smallest American citizens and a vote on the matter—and that is exactly what the Republican Party is working towards.