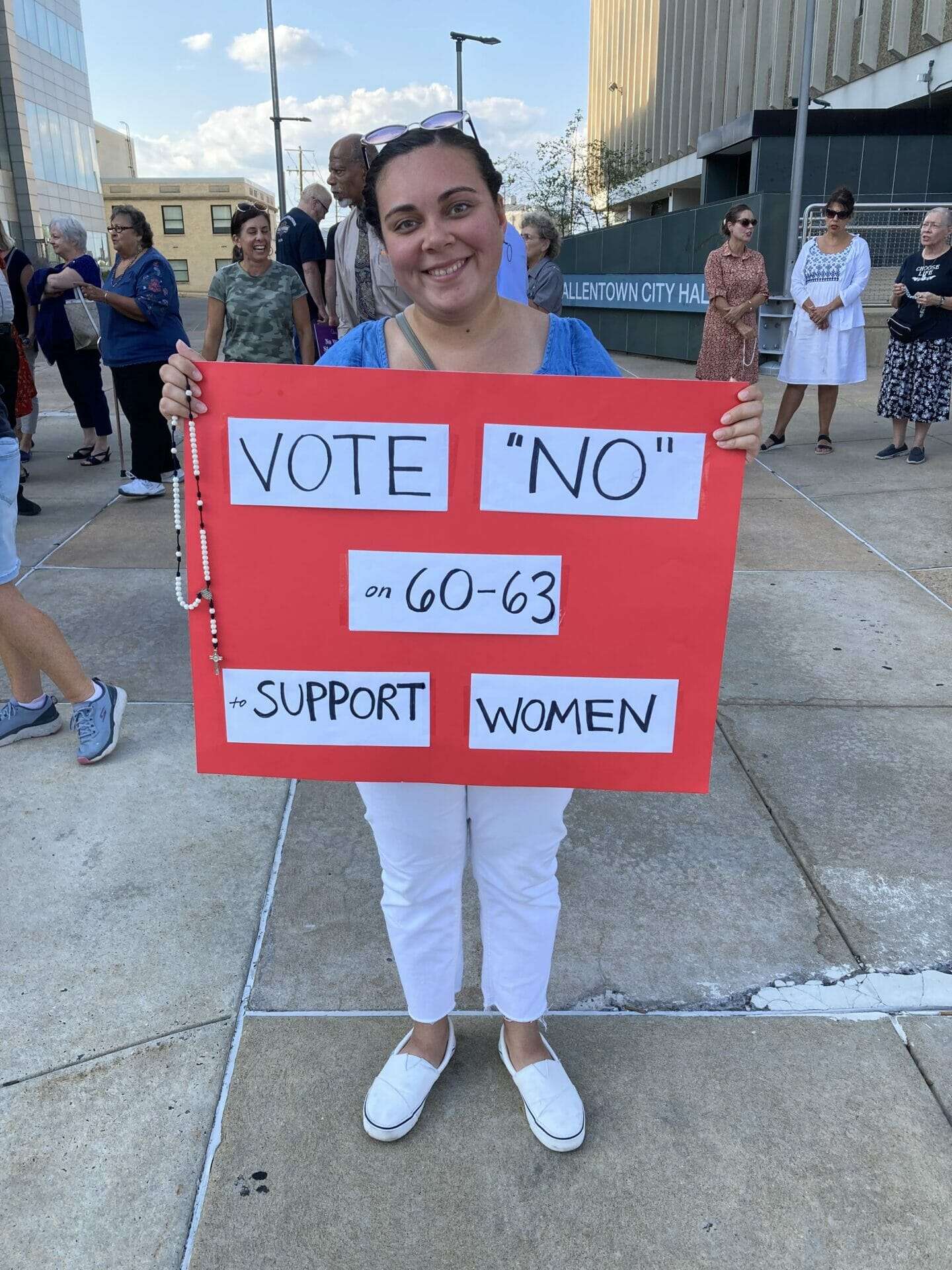 GUEST POST: Confirmed by anonymous sources within the Allentown City Council, it has been verified that the City Council of Allentown, Pennsylvania will indefinitely table voting on several proposed pro-abortion ordinances — an exciting win! This victory for the Campaign for Abortion Free Cities (CAFC) follows an extraordinary amount of work by our team in Allentown, led by Anna Gidosh and Elizabeth McNulty, along with an incredible coalition of strong local pro-life leaders. Joining together, these pro-life activists worked tirelessly to ensure that these ordinances would not pass.

This triumph for life is greatly welcomed as the entire Allentown pro-life community has been heavily invested in the outcome of these ordinances. Indeed, the work of the pro-life movement would have been greatly impacted if these ordinances had passed. Here’s what the harmful ordinances could have done:

To stop these detrimental ordinances from being passed (or even voted on), CAFC has been hard at work alongside the local pro-life coalition by implementing a One Click Politics page that is set-up to email the City Council, urging them to vote no on the ordinances. Another One Click Politics page called out Councilman Joshua Siegal for his insensitive comments about Post-Abortion Syndrome. Between these two online pages, we have in total sent 200 emails to the Allentown City Council. Our team also cold-called neighbors, collected almost 300 petition signatures, went door-to-door with information, and hosted a Night of Action to write letters to the Allentown City Council.

It has been an absolute team battle in Allentown and such a privilege to fight against these pro-abortion ordinances together in the community alongside strong pro-life activists. This hard work is an incredible example of what it means to be aware of what is happening at the local level in your town.

Ask yourself: Do you know who your city councilors are? Has your city tried to pass a pro-abortion ordinance or bill? Is there a pro-life effort that you can bring forward? We don’t need to be gaslighted and bullied by pro-abortion policies or politicians. Stand up today and fight for cities’ abortion free future!

To work with the Campaign for Abortion Free Cities in your own city, click HERE.

READ NEXT: Campaign for Abortion Free Cities Cincinnati Will Not Back Down After Pro-Life Law Reversal