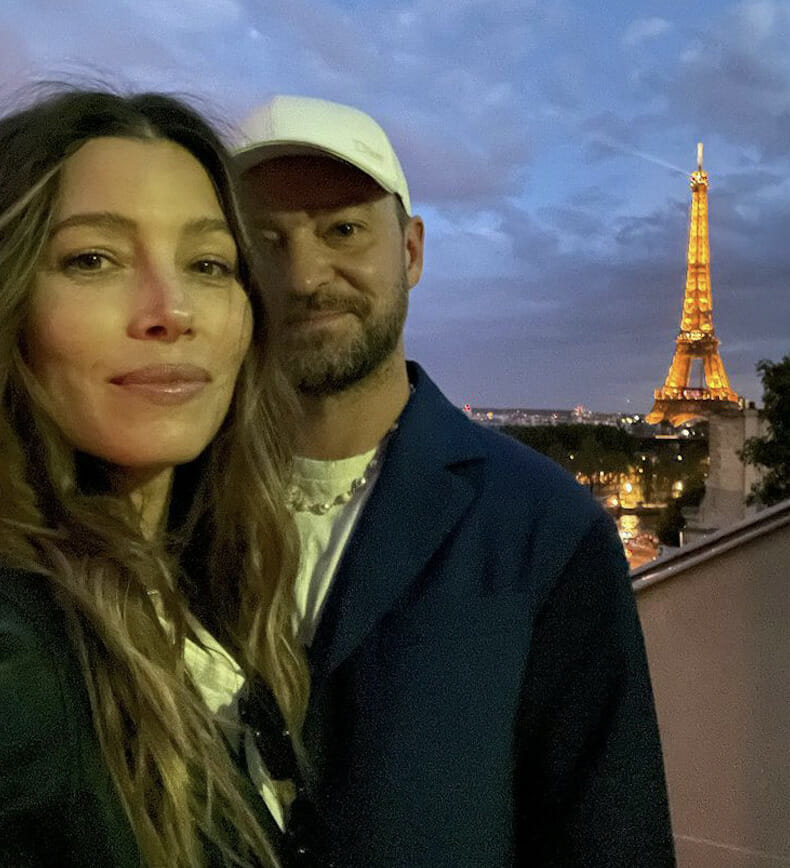 One of the pro-life movement’s greatest strengths is that we believe in the power of speech—that having conversations can change the world—but sometimes not saying anything when you don’t know what you’re talking about can be good, too. Jessica Biel, actress and wife of Justin Timberlake, may wish she recently hadn’t said anything about the abortion issue after posting an uneducated opinion on social media for the world see and to fire back over. Here’s what Biel said and how the social media community responded:

On July 1, right on the cusp of our nation’s Independence Day, Biel posted a selfie with Timberlake in front of the Eiffel Tower, captioning the photo, “You have croissants AND Women’s Rights? Damn, take me back.” Commenters soon had a field day with her unpatriotic and ignorant caption because news flash, Biel: abortion is unfortunately still more accessible in the United States than it is in France. The Daily Wire reported,

“In France, abortions for any reason are only allowed up to 14 weeks of pregnancy. The law the Supreme Court upheld in [Dobbs v. Jackson Women’s Health] limited abortions after 15 weeks, while states like California and New York have even more liberal abortion laws than France.”

Eager to set the record (and the actress) straight, Instagram users went wild in the comments section, calling out Biel for misinformation and a seeming lack of patriotism. Biel soon restricted the comments on her post, but she didn’t stop all of the negative comments from coming in. Here are a few which characterize the frustration Instagram users felt in reading her caption:

“Have you looked up the abortion laws in France, or…?”

“We also have women’s rights! You can move! If it’s so bad, why are you still here?”

“Feel free to relocate if it’s that bad here.”

“What rights don’t women have in the United States?

“Soo France has abortion only up to 14 weeks…You cool with that?”

“Must be so hard for you living in America.”

“And what rights don’t you have?”

“I support the rights of the unborn.”

“Maybe you should live there if you want abortions so bad. By the way, they only allow abortion up to 14 weeks. California is actually more aligned to your radical ideology.”

“Aren’t France’s abortion laws some of the strictest in Europe?”

While the Instagram users in Biel’s comment section obviously understand the abortion issue, we’ll say it once again for the people in the back (and for Biel): Abortion is not a woman’s right—however, it is a human rights issue. Indeed, Students for Life of America (SFLA) deems abortion as the greatest human rights issue of our time.

Preborn children in the womb are being discriminated against and killed through the violence of abortion because they are seen as less than worthy of life, less than human—and the abortion industry is hauling in blood money hand over fist as they perpetuate this injustice. Additionally, the poison of abortion touches everyone it comes in contact with because not only does abortion dehumanize the most vulnerable of us, it also creates a toxic mindset for women that we cannot succeed and be equal to men without killing our children in addition to medical complications.

Clearly, abortion is not a woman’s right, and the Dobbs v. Jackson case recently decided that it was never a constitutional right, either. However, if Biel is really interested in supporting women’s welfare, we are all for it and recommend that she start supporting women in unplanned pregnancies. Our Standing With You initiative is a great option to aid women financially and mentally, and this is a tangible way to truly help those in difficult situations—and much more genuine than merely posting misinformation online.

READ NEXT: Hell Must Have Frozen Over: Kristan Hawkins & Planned Parenthood President Agree on ONE Post-Dobbs Plans