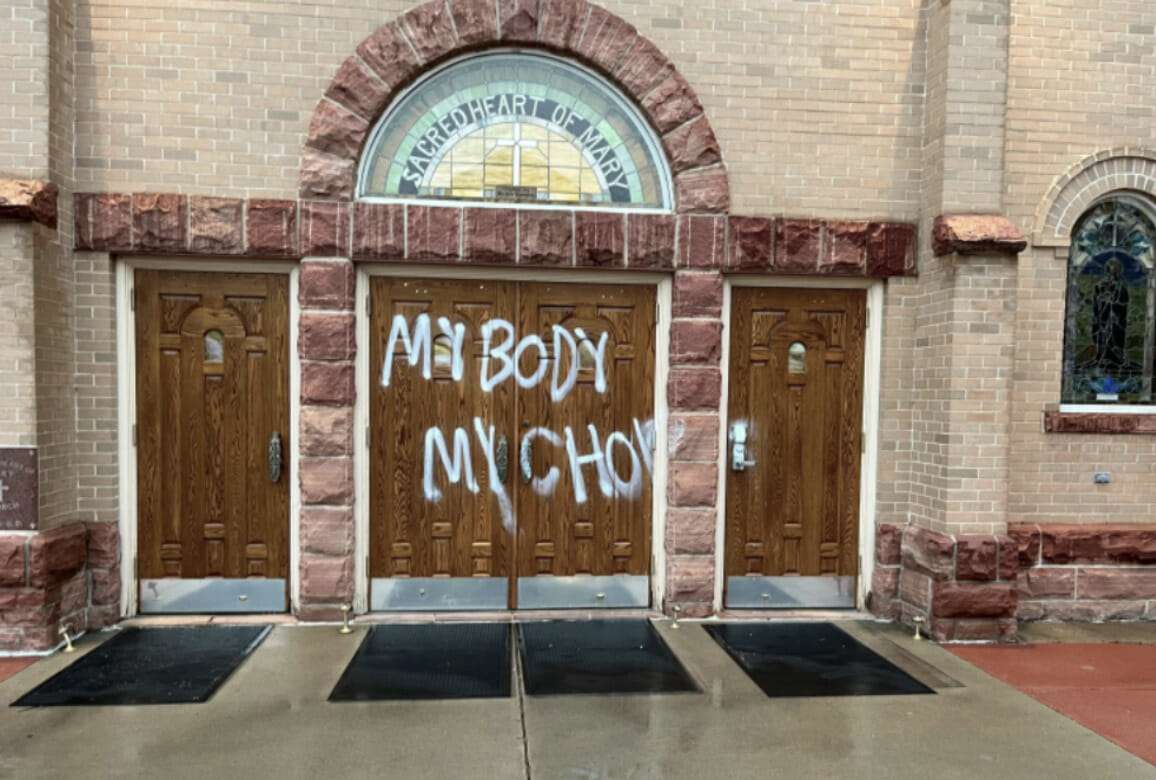 GUEST POST: Churches across the Front Range of Colorado last week were vandalized by anti-life extremists. In Boulder, the Sacred Heart of Mary was graffitied with pro-abortion messages and windows were shattered throughout the building. This congregation was one of 30 local Catholic churches to endure vandalism over the span of two years, according to National Review.

Reports indicate the damage will cost the church thousands of dollars to repair, not to mention the emotional toll of the attack. Members of the church are now considering implementing security measures to prevent more destruction.

The vandalization of Catholic churches in Colorado follows the leaked Supreme Court draft decision on Roe v. Wade that suggests the Court is ready to overturn abortion laws to the states. While it may seem unthinkable that religious freedom and beliefs would be victim of the pro-abortion movement who claims to champion tolerance and equality, we are seeing more groups targeted for their pro-life values. Saint John XXIII, a Catholic church in Fort Collins, was also damaged with smashed windows and crude messages graffitied throughout.

Mark Haas with the Archdiocese of Denver told reporters, “It is disappointing to see our parishes being vandalized again, but it is not entirely surprising. I am not entirely sure what the vandals hope to accomplish though, because the Catholic church has had an unchanging stance against abortion for 2,000 years, and we certainly won’t be intimidated by these acts.”

Churches should be safe spaces for people to practice their religion without fear of attack. The violence that occurs not only in Colorado, but across the country, has jeopardized the peace and respect that all people deserve. CatholicVote President, Brian Burch, said, “No religious believer in America should fear for their safety while attending church this Sunday, or any day.”

There is rising concern across all denominations that violence will only increase with the final Supreme Court ruling. Though the Pro-Life Generation refuses to live in fear, the threat of vandalism and property destruction is not only eminent, but already our reality. It is clear the pro-abortion movement has no regard for life, in or out of the womb.

READ NEXT: REPORT: Anti-Life Protestors Violently Took to the Streets Over the Weekend