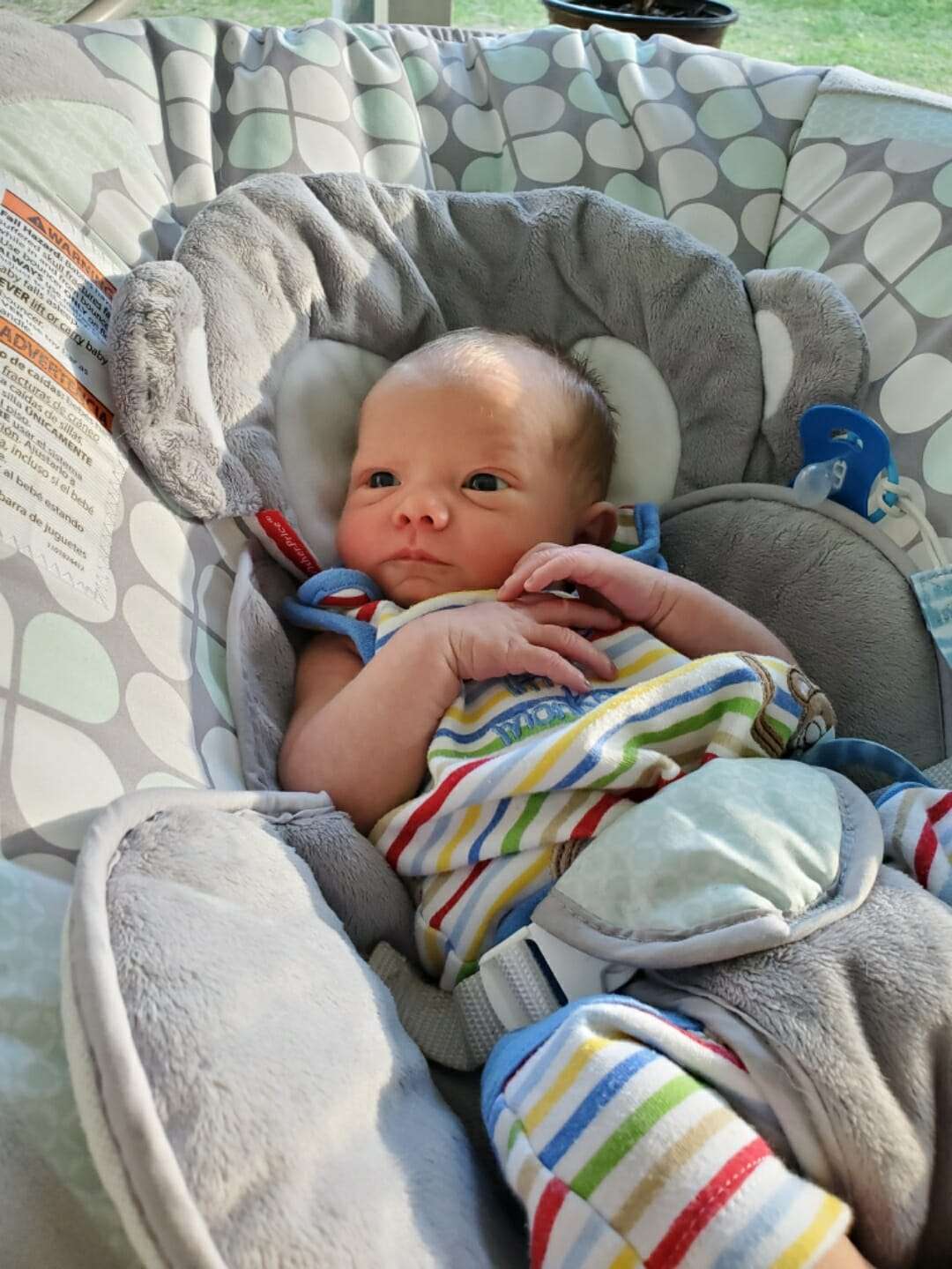 A dozen cities, thousands of miles, and countless hearts and minds were impacted by Students for Life of America’s (SFLA) 2021 See Me Now Ultrasound Bus Tour. The tour began in Jackson, Mississippi and carried throughout multiple states until SFLA arrived at the Supreme Court on December 1, 2021—the first day of oral arguments in the historic Dobbs v. Jackson abortion case.

Each of the See Me Now Tour stops featured prominent local and national leaders as well as a live ultrasound done to illustrate the humanity of the preborn. And the babies we saw were as human in the womb as they are out of it.

In fact, we are celebrating the birth of Jameson Hawkins, the FIRST baby who was a part of our tour! Jameson was born almost two weeks ago, and his ultrasound was shown during the Mississippi tour stop.

“Jameson’s parents were so excited to share the news of his birth with the SFLA team,” said Omarr Peters, SFLA Southern Regional Coordinator. “We hope that everyone sees Jameson’s smile and remembers there’s a face, beating heart, and valuable life behind every ultrasound.”

Jameson and other babies in the See Me Now Tour are a picture of the voiceless, reminding us of the need to reverse Roe through Dobbs v. Jackson, Mississippi’s vital challenge to abortion as we know it.

For nearly 50 years Roe has tried to erase the faces behind the ultrasound, but Jameson and so many others show us that Dobbs is already breathing new life in this debate.

SFLA eagerly awaits a decision on Dobbs and is proactively preparing for a post-Roe America. Strategic plans have been put into action for supporting women and their children—born and preborn—including a national Campaign for Abortion Free Cities along with Standing with You, a 50-state support service for pregnant and parenting women.

We know our fight does not end when Roe is reversed. The abortion lobby has violated human rights for years and taken tens of millions of precious children along the way. But today, we are celebrating Jameson’s birthday, reminded that we cannot stop until abortion is unthinkable and unattainable.

READ NEXT: SFLAction Urges Nebraska Legislature to Advance LB 933 as Written & Without Amendments to Protect Children from Abortion Violence as Soon as Roe Is Reversed