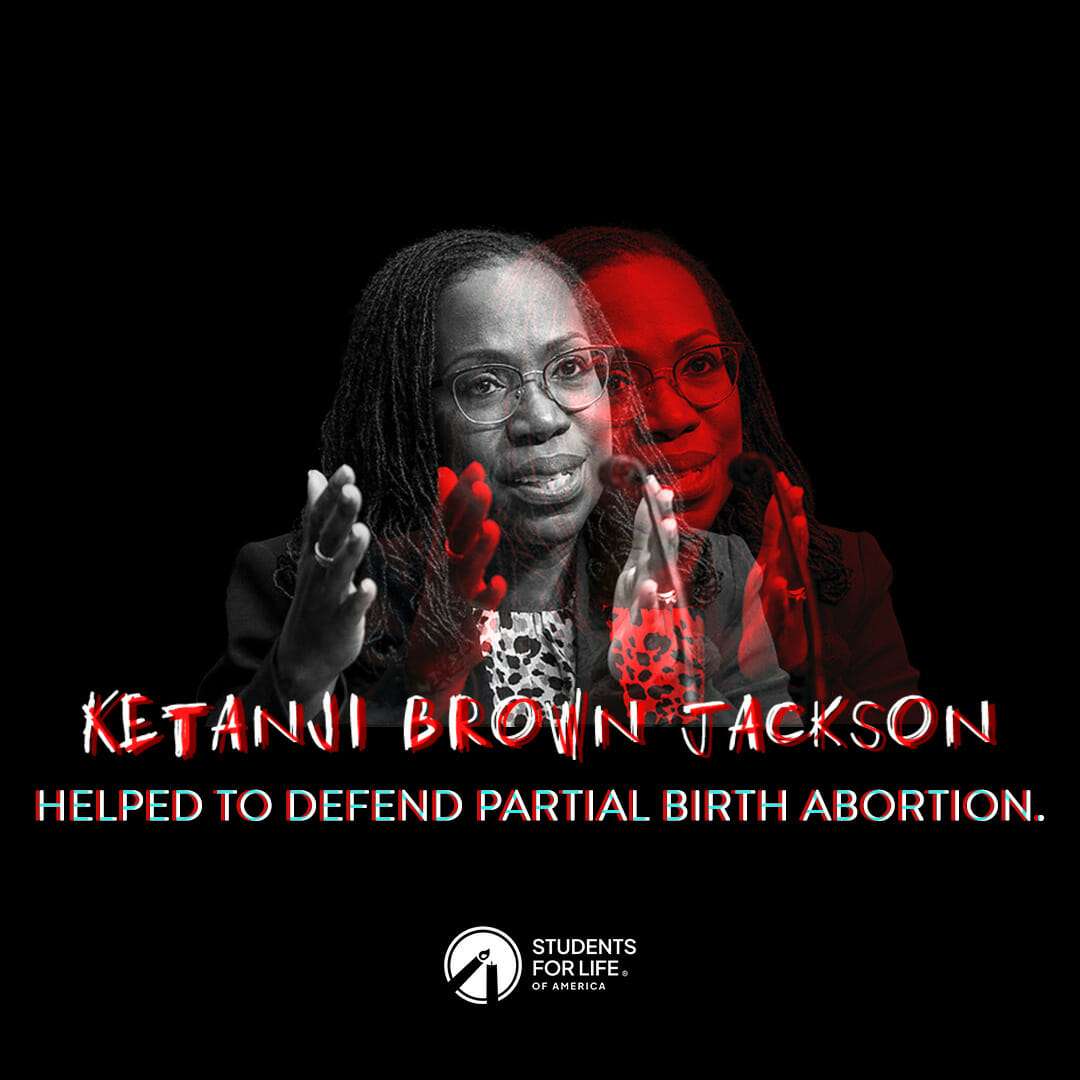 As SCOTUS nominee Ketanji Brown Jackson’s (KBJ) confirmation hearings have finished, it’s clear that the number one issue for legislators is her history of improperly handling child pornography cases. This is an important concern that requires investigation. Sadly, the equally concerning issue of KBJ’s lack of respect for human life is not being given nearly enough attention.

However, there were four stalwart senators who stood up for life in their questioning, and Students for Life Action applauds them for it. Read below to see which senators challenged KBJ on her anti-life stances, and how they approached it:

During his cross-examination of KBJ, Sen. Kennedy put forth the important question that is at the heart of the pro-life movement by asking, “When does life begin, in your opinion?” Unsurprisingly, KBJ’s answer was not confidence-inspiring.

She replied that she didn’t know, and when Sen. Kennedy followed up by asking her when she believed life began, KBJ said she had “personal, religious, and other beliefs that have nothing to do with the law, in terms of when life begins.” She continued, stating that she had a “religious view, that I set aside when I am ruling on cases.”

Sen. Kennedy tried his question again from a different angle, asking, “When does equal protection of the laws attach to a human being?” This legal framing of the question apparently threw KBJ off guard because she answered saying, “Well Senator, I believe that the Supreme Court — actually, I actually don’t know the answer to that question. I’m sorry. I don’t.”

Sen. Kennedy’s artful reframing of his question makes the clear point that SCOTUS justices must know when life begins in order to be able to judge the constitutionality of law application. If KBJ doesn’t even know when life begins, how is she supposed to uphold Americans’ unalienable right to Life as written in the Declaration of Independence? (Also, did she take even one biology class ever in her life? It’s a simple scientific fact that life begins at conception and not a hard question.)

KBJ’s answer was unclear and unsubstantial; click HERE to watch her muddle through her explanation.

Sen. Tillis brought up KBJ’s unsavory record of trying to silence pro-lifers and reminded her—contrary to popular pro-abortion belief— that Americans actually do have the freedom of speech. He was speaking on the Massachusetts case which KBJ helped with which tried to create a “buffer zone” for abortion facilities from pro-lifers while giving abortion supporters free reign.

However, KBJ falsely claimed that this case did not discriminate against pro-lifers specifically, saying, “No, I believe that it was viewpoint neutral, meaning it wasn’t about what the people were saying,” Jackson said. “It was about clearing a path to allow people to enter the clinic. The laws of the time were about how far people have to be kept back, whether they were pro-life or pro-choice because they were blocking the entrance.”

(One veteran pro-life sidewalk advocate named Eleanor McCullen who challenged the Massachusetts buffer zone law also gave a heartwarming and firm response to this characterization of sidewalk advocates during the hearings. She said, “Her [KBJ’s] misrepresentations certainly don’t describe me or any of the sidewalk counselors that I have worked with over the years who provide support, love, and options to women. Indeed, the entire reason I challenged the “buffer zone” law was because I did not want to shout from a distance or come across as insensitive or compassionless to the women and families I served with love.” Click HERE to watch her moving testimony.)

Sen. Blackburn asked KBJ directly about her views on the pro-life movement in context of her history with the pro-life movement while she was in private practice. Sen. Blackburn rightfully asserted that KBJ had “attacked pro-life women” throughout her career, particularly in the brief she helped write which described them as a “hostile, noisy crowd of in-your-face protesters.”

The Associated Press actually “fact-checked” Blackburn on this assertion, stating that it was too broad and out of context to use this brief as evidence—but the brief clearly says otherwise.

When no one wanted to focus on KBJ’s abortion issues, these senators stepped up to bat, and we applaud them for it.

It’s not easy to stand up for life, but these legislators are doing it anyways. Thank you, Senators, for not letting KBJ get off scot-free with First Amendment suppression and the defense of the murderous abortion industry. Keep up the good work, and please vote accordingly when it comes to her confirmation. We must protect life in law!