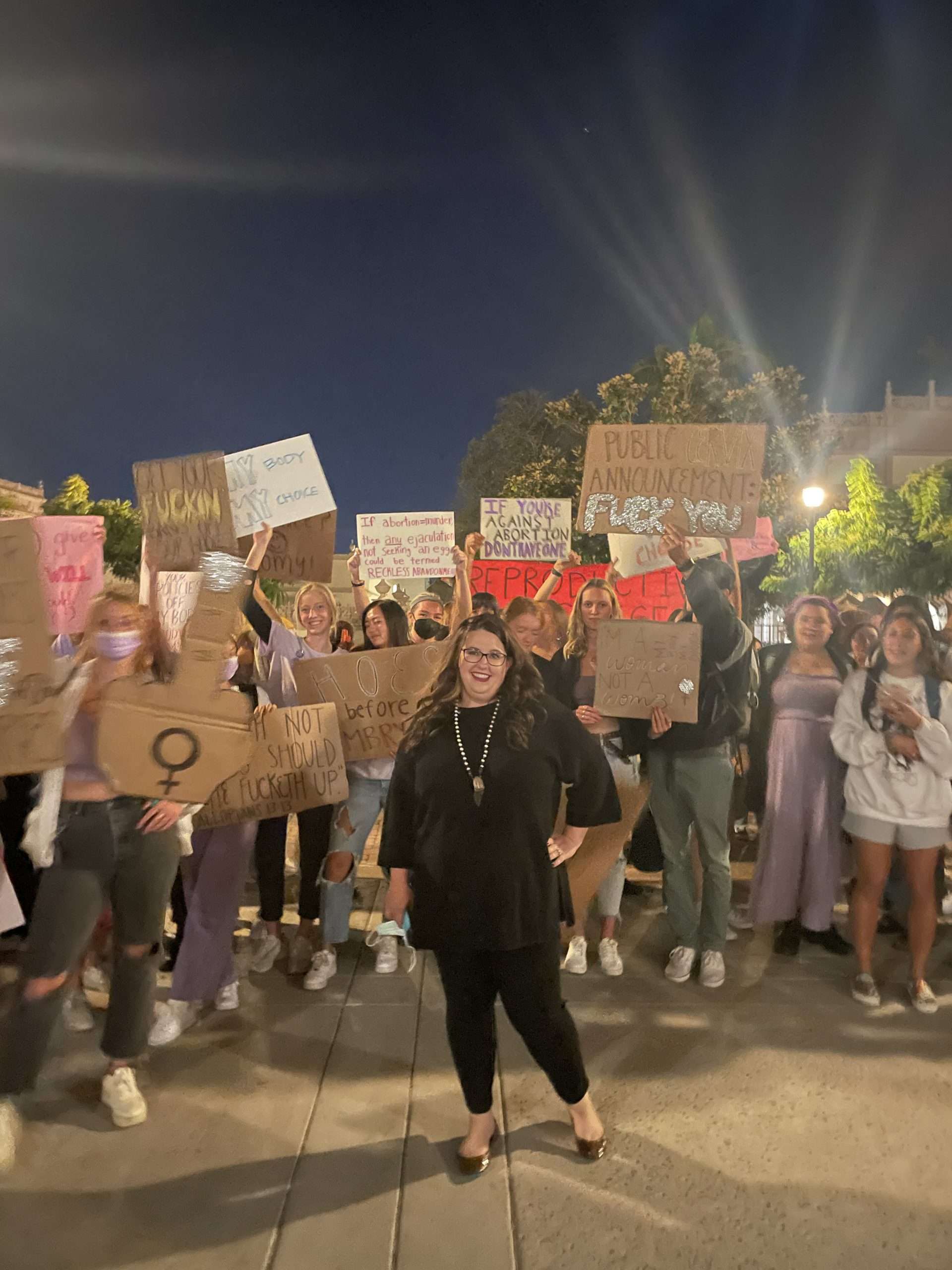 The pro-abortion bullying saga at the University of San Diego continues, as a “silent” protest against Kristan Hawkins’ The Future is Anti-Abortion speaking tour was anything but silent and peaceful. Protesters held obscene signs, insulted pro-lifers, screamed mantras, and refused to converse. And yes, USD is a Catholic university.

In the weeks leading up to Hawkins’ presentation at USD, pro-abortion students had been ripping down her event posters, and, when caught by one pro-life student, they threw the ripped-up poster at them. The pro-abortion students had also organized a protest with the school’s permission, stating that it was going to be a silent protest. SFLA had doubted that it would be silent—and we were right.

Before Hawkins’ presentation began on campus, around 75-100 protesters showed up outside the building, yelling insults at pro-life students and holding obscene signs. One blasphemous sign read, “He who hath no uterus should shut the f*cketh up…Fallopians 13:13,” while another protester held a giant middle finger. 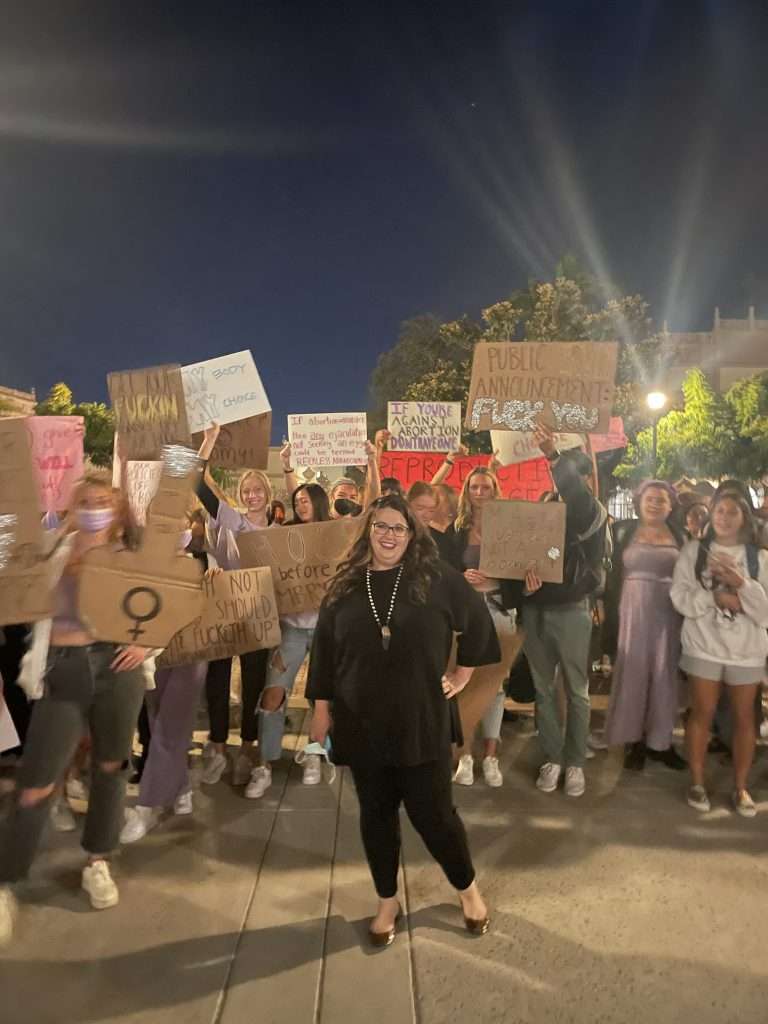 Hawkins went outside to converse with the protesters before her presentation, offering them tickets to come inside to the event and ask questions. Not one protester took her up on the offer, preferring to shout insults or hold factually incorrect signs instead.

One protester held a sign that said, “If abortion = murder, then any ejaculation not seeking an egg could be termed reckless abandonment.” After Hawkins explained to the protester how her sign was unscientific (eggs don’t have a unique genetic code; they are a part of the mother), the protester said, “Thanks for trying to educate me, but I hope you understand why I’m here.”

Another protester held a sign that read, “You’re pro-life until the baby is poor, disabled, BIPOC, LGBTQIA+.” Her incorrect assertion was made to the wrong person as Hawkins is the proud mother of two children who have cystic fibrosis and has been outspoken in her support of the disabled community.

Hawkins refuted her claim, saying, “I have children who are disabled. Why would you come out here and assume that pro-life people are against disabled people?”

The protester responded, “Because pro-life people are usually against disabled people.” Watch the video below for the full interaction.

The difference between those in the pro-life movement and those who support abortion is showcased clearly through this USD event. Where pro-lifers want to have conversations and wish life upon everyone, the pro-abortion side refuses to talk and wishes death on anyone who disagrees with them. They claim to “stand for women” but ruthlessly bash Hawkins, a very successful woman who is standing up for other women, born and preborn.

The events at USD also speak to a larger issue of Catholic schools lacking the backbone to uphold the Catholic view of the sanctity of life. USD joins a long list of both Catholic and other faith-based schools which are allowing pro-abortion beliefs to run rampant on campus, causing student spectacles such as this. 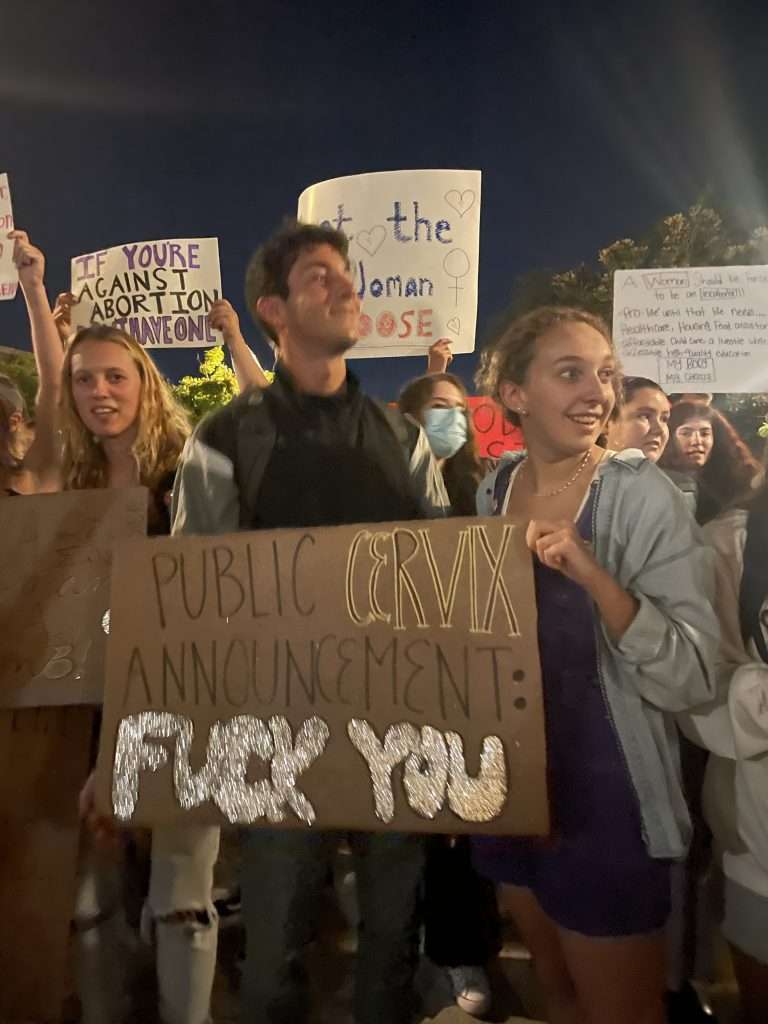 The saga will continue at the University of San Diego as SFLA hopes to bring their Fall 2021 tour, See Me Now, to campus later this semester in hopes of watering the seeds that were planted by Hawkins’ presentation.