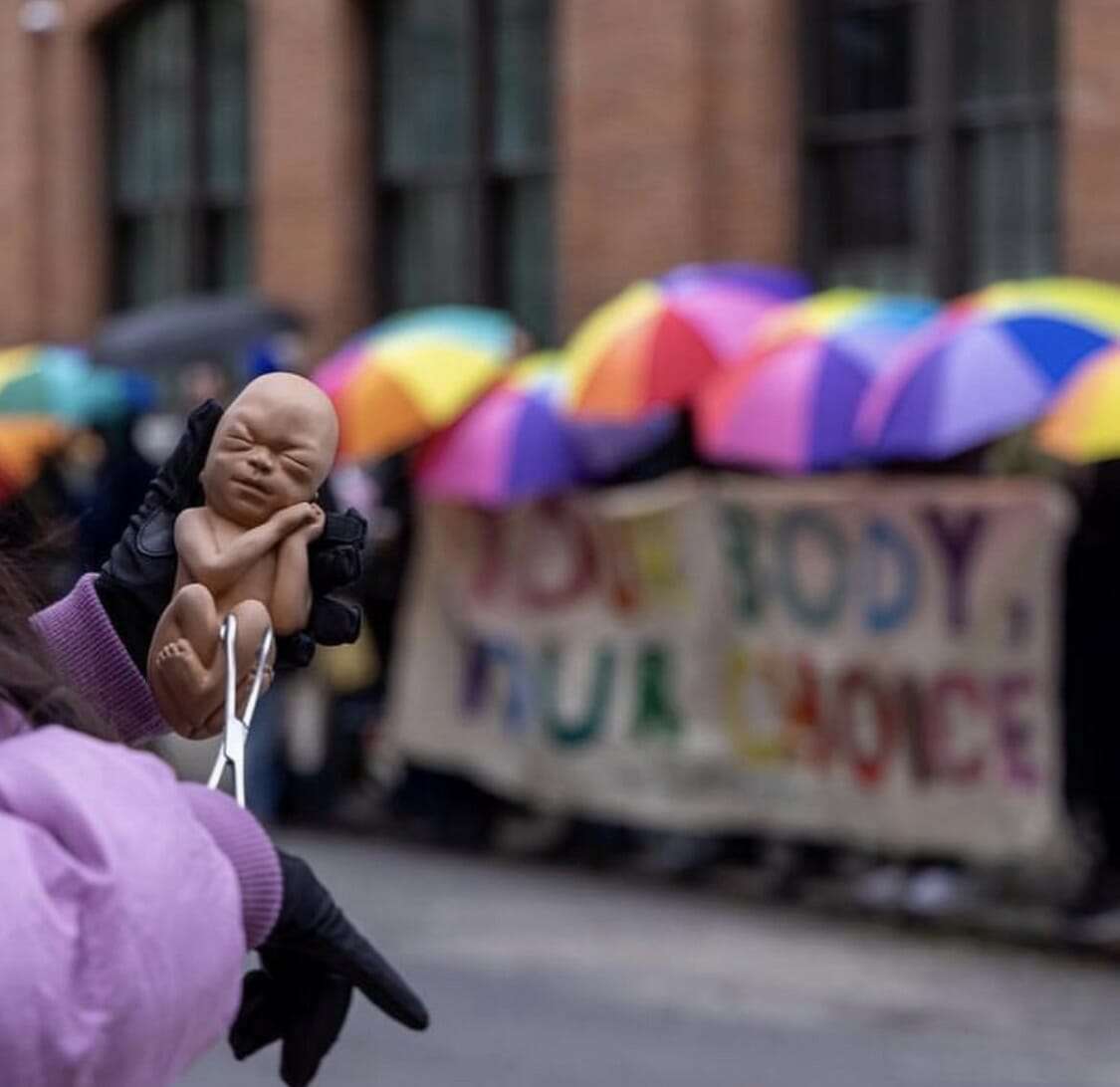 GUEST POST: The first Manhattan, New York Witness for Life of 2023 recently occurred in which pro-lifers from the area gathered together to attend Holy Mass at The Basilica of St. Patrick’s Old Cathedral, followed by exposition of the Blessed Sacrament and a Rosary Procession to Planned Parenthood. Our peaceful witness for life, however, was interrupted by the ever-angry abortion lobby.

When I entered the street of the Basilica to attend mass, I was met by many abortion supporters who were blocking the sidewalk and holding signs that read “Be Pro-Choice” and “God Loves Abortion.”  When the mass let out and we left the building, the scene outside had only gotten bigger, louder, and uglier. The pro-abortion crowd had donned eerie Halloween masks, and some were yelling through microphones as around roughly 50 police officers milled around the hostile atmosphere.

We began our attempt to walk over to the Planned Parenthood, but a walk that would usually take about four minutes actually took more than an hour due to the pro-abortion mob blocking the sidewalk. During the walk over, one abortion supporter kept repeating “The Virgin Mary hates you because you are disgusting,” while others were singing chanting “Thank God for abortion.”

Some even threw eggs at Students for Life of America (SFLA) students from Columbia University while others gave the middle finger to Friar Christopher “Fidelis” Moscinski, who leads the monthly procession over to the Planned Parenthood. Another abortion supporter from The Crackhead Barney group dressed as the Pope and attached a baby doll to a long string inside her underwear. Yet another abortion supporter held a sign written “fake escort” next to local sidewalk advocate.

This proves that the abortion lobby is not for the freedom of “choice,” (because why would they care if a sidewalk counselor was offering another option?) but rather strictly for abortion.

As the Planned Parenthood of Greater New York advertises direct abortions up until 24 weeks (about 6 months) — a gestational age which many babies have been born and survived outside of the womb now due to our medical advances —  our group also held a  22-week-old fetal model along with a pair of forceps to show the reality of what is going on inside the facility.

On the bright side, pro-life organization Feminists Choosing Life of NY, along with local sidewalk activists, were able to save the baby of a woman who was seven weeks pregnant. She came to the facility seeking an abortion and left with non-violent local resources.

While this Witness for Life of 2023 definitively wasn’t without its difficulties, it was refreshing to see that, in a place like Manhattan, the number of pro-lifers far exceeded the number of abortion supporters. Many times, just being a presence of life outside an abortion facility is enough for a woman to change her mind on abortion, and we were happy to be able to do just that.

READ NEXT: Being a Pro-Life Activist is a Challenge But That’s Not a Reason to Give Up