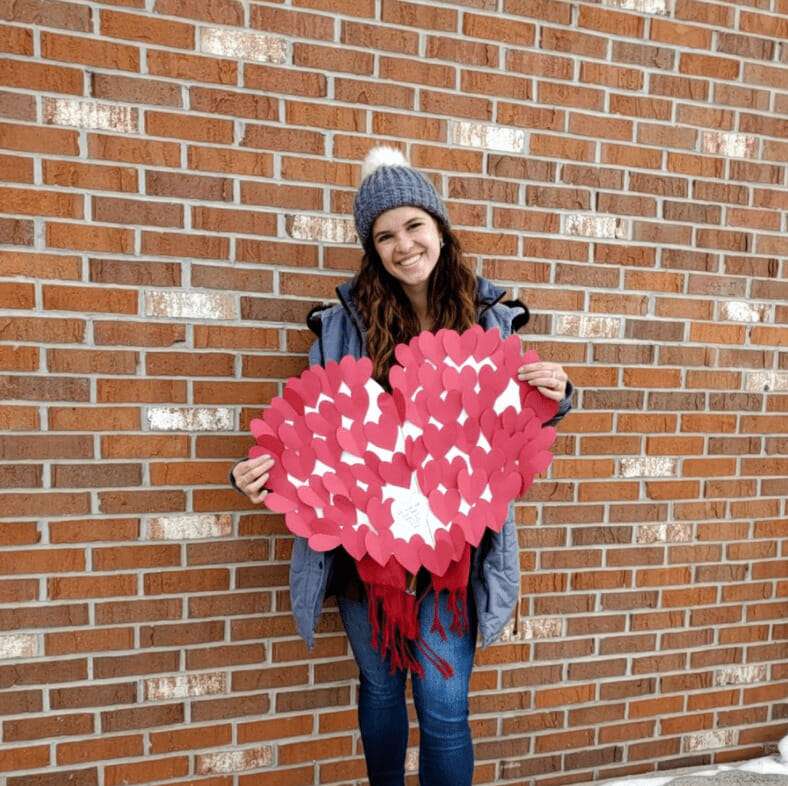 GUEST POST: Two media outlets recently featured stories about Students for Life of America team members that offer personal perspective on pro-life activists and why we work to end abortion. In mainstream media reporting with its heavy pro-abortion bias, such perspective is rare. The two pieces, one in the Washington Post, the other in Politico, show that groups like Students for Life of America are changing the skewed narrative about abortion.

In the Washington Post, Hannah Good and Ana Galvan teamed up to create comics depicting the real abortion experiences of four women. One of the women interviewed and depicted is Toni McFadden, team member at Students for Life of America. For a publication with a strong pro-abortion bias, such a choice is a bold one; McFadden is an international pro-life speaker. For several years, she has shared her traumatic abortion experience to reveal the reality of abortion and the need for healthy relationships for vulnerable young adults.

Good and Galvan interviewed their subjects extensively and tried to transform their personal accounts into first-person scripts with a storyboard for a comic series, comic here meaning visual narrative, not humor. While other artists have tried to make abortion funny, any accurate presentation of ending the life of a preborn baby is not. Good writes, “We encouraged each source to dig into the complexities, contradictions and nuances that are often overlooked in politicized narratives of abortion.” By including McFadden’s perspective, they do succeed in shattering the deceptively tidy pro-abortion narrative so often favored by mainstream media representation.

The creators recount McFadden’s decision to undergo an abortion, “and the medical trauma and emotional isolation she experienced after,” and depict how that decision catalyzed her pro-life activism. McFadden became pregnant in her senior year of college and felt like her only choice was to undergo an abortion. The trauma of the abortion itself and the emotional estrangement from her boyfriend left McFadden feeling isolated and ashamed. Later, McFadden became a Christian and was surprised to find that when she confided in friends at church, they accepted her without judgment, and she found healing and redemption.

In the comic, McFadden emphasized this message of redemption for other women who have undergone abortion. She has said elsewhere, “I know the power of overcoming my own past and setting a new foundation for myself.” McFadden’s boyfriend became a Christian as well, and when the two reconnected they were soon after married and now have four children.

McFadden and her husband both have found a calling in the pro-life movement. She has fearlessly addressed the racism of the abortion industry and why more black babies are killed in abortion. The Washington Post accurately shows how an abortion decision “changed the trajectory of her life,” and, as a result of that trauma, McFadden discovered a calling and her life’s work in the fight to end abortion.

Politico featured a recent college grad, Abby Jones, who is working with Students for Life of America canvassing in Michigan. Students for Life Action has mobilized to defeat a radical referendum on the ballot in Michigan. If passed, Proposal 3 would effectively legalize abortion through all nine months of pregnancy and invalidate pro-life protections currently in effect.

Jones, along with other Students for Life Action team members, has been going door-to-door to talk to Michiganders about Proposal 3. The radical measure is out-of-step with voters, and when people learn how radical pro-abortion political maneuvers are, they are likely to vote pro-life.

Politico presents Jones as religiously motivated, stating that she grew up “steeped in the anti-abortion teachings of her Catholic family and community.” However, in quoting Jones, the piece reveals the rational and not religious basis of her pro-life perspective. She said, “I learned a baby was a baby from the moment of conception. That wasn’t even a question.” That is a scientific fact, not a religious proposition.

Throughout high school and college, Jones was active in pro-life activism, but she said, “I haven’t always put [politics] at the top of my priority list until Proposal 3.” Seeing the far-reaching effects of a radical measure like Proposal 3 has galvanized Jones and given her newfound passion for the political process. She explained, “I’ve gotten so much more interested in how things get on the ballot in the first place, and how citizens can be a part of that — not just candidates.”

McFadden’s and Jones’s personal perspectives give rare insight into the pro-life movement not often featured in mainstream writeups on abortion. With more outspoken women like them, the public will encounter what true pro-life advocacy is all about.