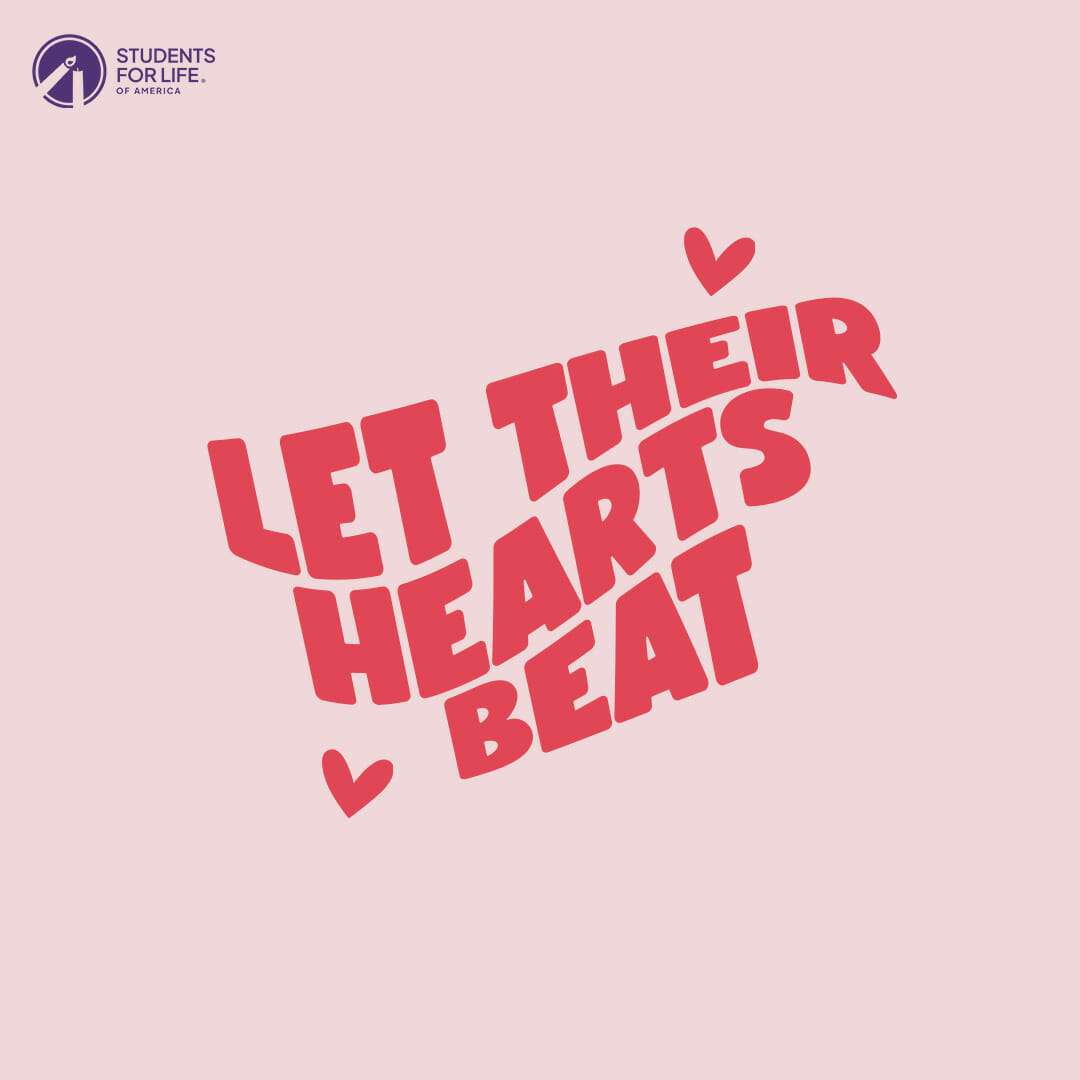 Hearing the steady thump of a heartbeat echo during an ultrasound changes everything for expecting parents in a very moment. Detected as early as 6 weeks gestation, medical science confirms the early, but strong sign of life in the womb when the heartbeat is first heard. And in the doctor’s appointments leading to birth, it is a comforting signal each time a mother hears it that all is well and the baby is growing and thriving.

Despite the understanding that a heartbeat – a universal sign of human life – is detected early on in pregnancy, many proposed policies would allow for elective abortions after confirmation of life in the womb.

To protect a preborn child after hearing a heartbeat is a matter of basic humanity. Four states have already passed life-saving, heartbeat laws including Texas, Georgia, Iowa, and South Carolina. The Texas Heartbeat Law protects children from abortion by mandating that abortionists determine whether preborn children have a heartbeat before committing an abortion. If the child has a heartbeat, the abortionist cannot proceed.

According to polling by the Kaiser Family Foundation, half of Americans believe abortion should be illegal once a heartbeat can be detected. In addition, recent Susan B. Anthony Pro-Life America polling reported at Axios notes that by “double-digit margins” voters prefer candidates who support “a heartbeat limit, a pain-capable limit, or a similarly protective gestational limit” as compared to “the position of abortion on demand until birth.”

Earlier this year, Students for Life of America (SFLA) also found through polling that those surveyed had more interest in candidates who support Heartbeat legislation compared to ones that support elective abortions through all 9 months.

The Demetree Institute for Pro-Life Advancement reported 80% (49% GOP and 31% Democrat) of participants said they would pick the candidate who supports protections from the early moment of existence.

SFLA also found that less than 2 out of 10 Millennials want unlimited abortion through all 9 months with almost half supporting limited abortions after a heartbeat is detected (by a margin of 47% to 38%).

An astounding six in 10 supported requiring doctors to check for a heartbeat before committing an abortion. Take it from Andrea who at 19 years old found out she was pregnant, according to LiveAction News.

As Andrea was undergoing a pre-abortion ultrasound, the technician asked if she wanted to hear the heartbeat which Andrea didn’t know existed at that moment. “It was like an instant oh, this isn’t just flesh, you know, a clump of cells… It made it very real for me,” she told the outlet. Andrea, like many others, went on to keeping her daughter thanks to the reminder of humanity that a heartbeat gives us.

Kristan Hawkins, President of SFLA, said, “There should be no debate whatsoever in a humane society about whether or not we will protect defenseless children with beating hearts from predators seeking to kill them for money. That’s what abortion is, and this generation – the Pro-Life Generation – rejects it entirely.”

Just as men and women rush into battlefields to save someone with a heartbeat, we rush to save preborn babies with beating hearts and bright futures. While we are just months into a Post-Roe America, SFLA believes progress will be made over time to correct the injustice of abortion and work towards the best policies that protect the preborn.

With many ideas on how to succeed in a Post-Roe America, SFLA’s roadmap has a destination of protecting the preborn in the strongest terms possible. We believe we can achieve policy victories that #LetTheirHeartsBeat.