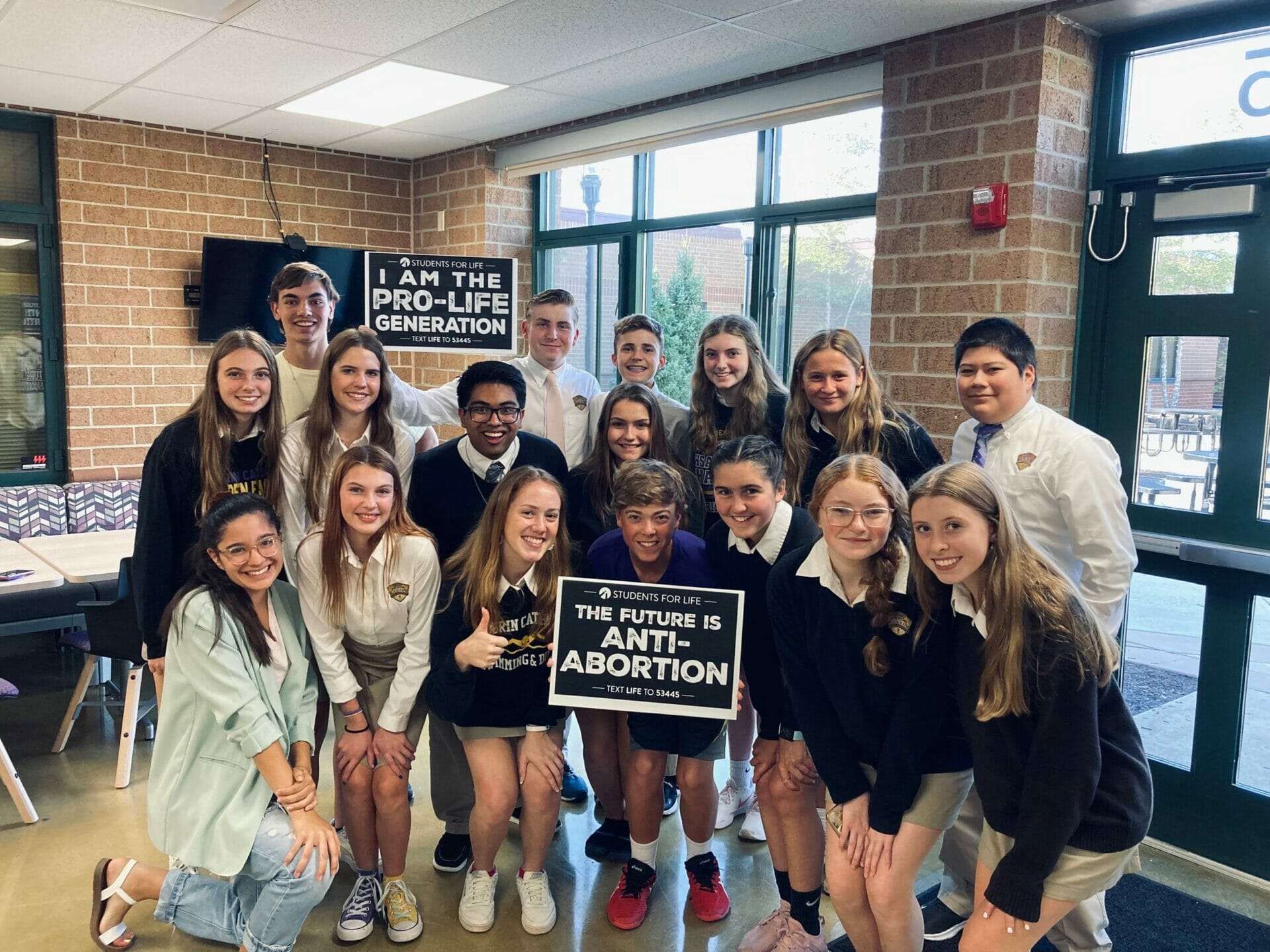 As we’ve come to the close of the 2021-2022 school year, Students for Life of America (SFLA) will be giving out three end-of-year awards for Best New Group, Best High School Group, and Best College Group—and you get to help us choose which groups deserve these awards! Read below to find out about one of the schools that has been nominated to receive Best High School Group of the Year: Guerin Catholic Students for Life!

Guerin Catholic Students for Life was officially established in this academic year, and although their group was new, they recruited over 100 students to sign up for the club at their very first tabling event! Their student leadership is dedicated to grittiness, innovation, and a fast-moving pace—and nothing showcases this better than all they accomplished this past school year. Here’s what they have been up to:

They hosted a pro-life conference at their high school, called the Indy Life Conference, and featured speakers such as SFLA President Kristan Hawkins and SFLA Senior Spokesperson Autumn Higashi. The conference’s theme was “Preparing for A Post-Roe America,” and many different pro-life organizations were represented, with about 100 students attending. The conference was such a success that the Guerin Catholic Students for Life hope to make it an annual activity for their group to host.

The Guerin Catholic Students for Life also worked to counter several pro-abortion rallies throughout the semester including a Women’s March and a pro-abortion rally following the Supreme Court leak.

The group also volunteered with a local adoption agency, the St. Elizabeth Coleman Adoption Agency. They helped organize donations and prepare Christmas gifts to send out to sponsored children of the agency.

The Guerin Catholic Students for Life also participated in apologetics and getting –involved training courses with SFLA staff members.

Additionally, after their school administration cancelled their trip to the National March and Summit, the student leaders pivoted and managed to still take a group of students to Washington D.C. Next year, they plan to grow their club by strategically praying outside of their nearest abortion facility on a consistent basis and volunteering at their local pregnancy resource center. They also hope to do more training and tabling sessions.

To vote for the Guerin Catholic Students for Life group to win Best High School Group of the Year for 2021-2022, click HERE!

Caroline Wharton is a graduate of the University of North Carolina who serves the Pro-Life Generation as a staff writer and communications assistant.
Blog
Blogroll
Featured
high school