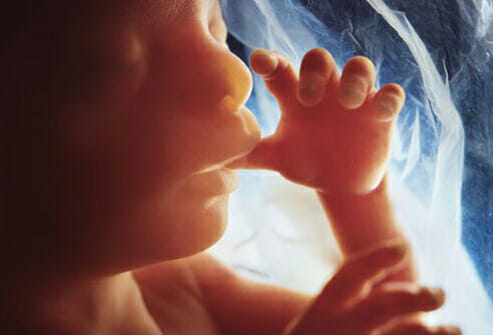 Under Roe v. Wade, there was almost nothing that could hinder abortion. The ruling that has been upheld for nearly 50 years has ruthlessly provided access to killing the preborn at any point in pregnancy. Judges have fabricated an imaginary constitutional right to pre-viability abortion. Pre-viability standards combat the arbitrary assumption that abortion before a baby can live outside the womb is somehow constitutional.

Justice Harry Blackmun’s opinion in Roe v. Wade set the precedent for viability, a definition that Students for Life of America (SFLA) adamantly opposes. According to the CDC, more than 9 out of 10 abortions take place by 12 weeks, meaning 92.7 percent of abortions are done within the first trimester. Under Roe, those preborn babies are not ‘viable’ and may be legally aborted.

By overturning the erroneous protections for pre-viability abortion in Roe, states gain the power to protect life in law at all stages of pregnancy. The way the Court rules on viability is critical because all life is worthy of protection – regardless of age.

In an unprecedented leak from the Supreme Court, Politico released a draft decision to overturn Roe. SFLA President Kristan Hawkins said, “We don’t know whether rumors of the end of Roe are accurate yet, but we know that ending Roe is the right decision, returning the issue to ‘we the people’ from a few judges with an agenda.”

Alito declares that one of the central tenets of Roe, the “viability” distinction between fetuses not capable of living outside the womb and those which can, “makes no sense.”

“Viability, it seems to me, doesn’t have anything to do with choice. But, if it really is an issue about choice, why is 15 weeks not enough time?” Roberts asked during the arguments.

Justices Thurgood Marshall and Lewis Powell were proponents for drawing an imaginary line in the sand for abortion until ‘viability.’ It was clear this ruling didn’t stem from science but politics that would allow a woman more time to choose life or death while the baby furthers in fetal development. The Minnesota Citizens Concerned for Life reported:

“The private papers of the justices suggest that the author of Roe, Justice Harry Blackmun, under the influence of Justice Lewis Powell and others, chose viability arbitrarily after considering other, equally arbitrary criteria. Justices Powell and Thurgood Marshall favored drawing the line at viability (rather than earlier) for the practical reason that it allowed a larger window of time during which women could have abortions—a policy outcome that the justices personally liked.”

In the Case of Dobbs v. Jackson

In the Dobbs v. Jackson Women’s Health Organization case, a Mississippi law that sought to ban abortions after 15 weeks was blocked by two lower courts stating it conflicted with Roe’s fetal viability standard. At the center of the Dobbs case, that is awaiting final ruling from the Supreme Court, is whether states have the right to enact pre-viability abortion bans.

Mississippi Attorney General Lynn Fitch argued Roe’s viability standard does not adequately protect women and children. In AG Fitch’s Dobbs brief, she argued that a state has an interest in protecting previable life and therefore the “viability rule” is not constitutionally founded.

“The unprincipled nature of a viability rule harms the Judiciary,” AG Fitch later continued, “No matter what a State learns—about fetal pain, about when unborn life takes on the human form, about women’s health, about what effect performing abortions has on doctors—the State cannot fully act on that knowledge before viability.”

Depending on how the Court rules on Dobbs could redefine Roe v. Wade, a ruling responsible for the death of more than 60 million preborn children. SFLA commends AG Fitch for stating that there is no persuasive reason for a viability rule. Hawkins has said that pro-life Americans were “cautiously celebrating that the abortion issue is now to be reviewed by the Supreme Court for pre-viability pregnancies.” Hawkins noted that years of efforts have gone into asking the Supreme Court to consider the heart of the matter and it is now a matter of days until the final decision is made clear.