Want to Rile the Abortion Lobby? Use Sidewalk Chalk 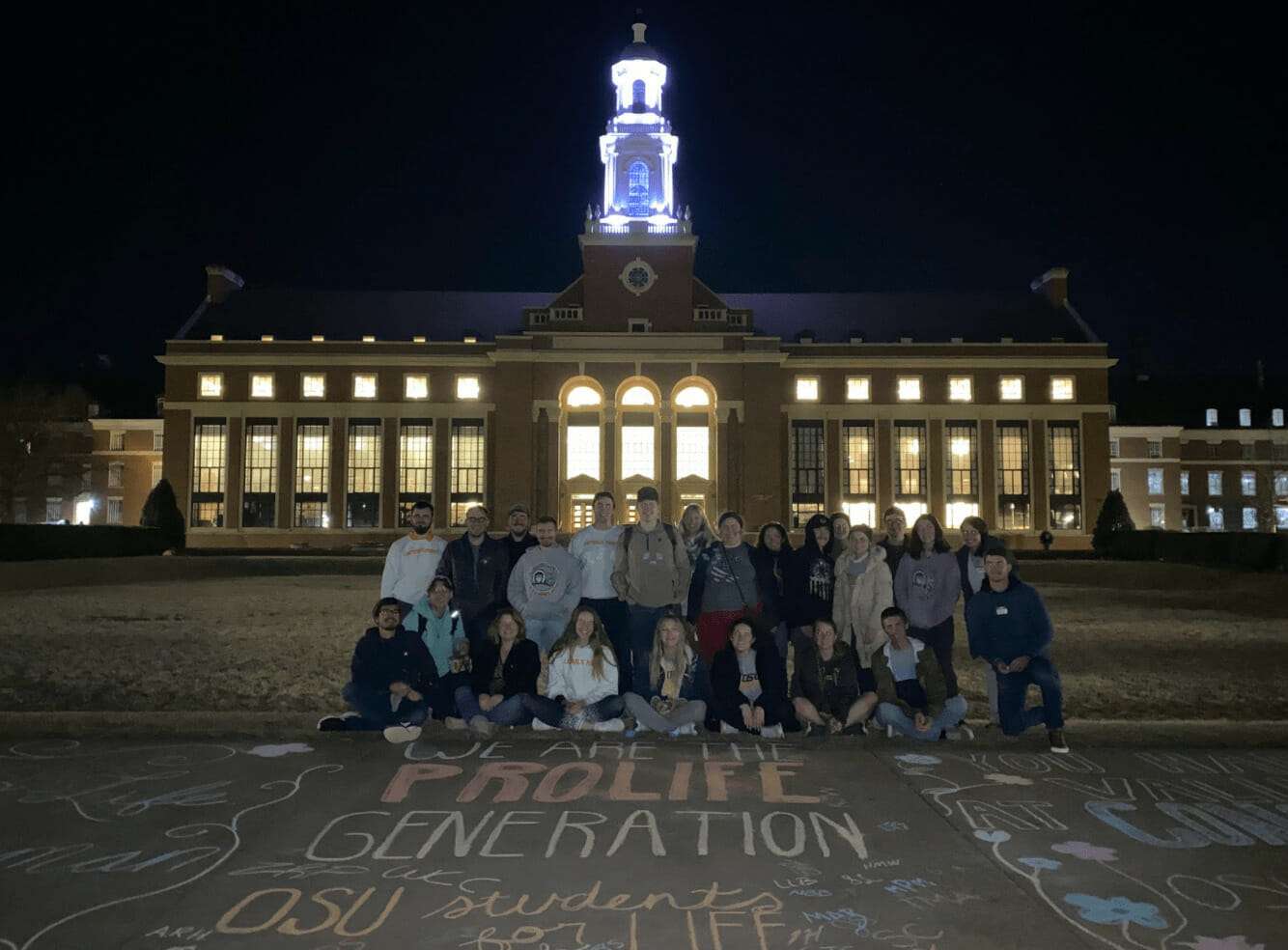 The abortion lobby has some serious issues—namely the fact that they’re okay with killing babies— but they also have a big problem with misplaced and disproportionate anger. While anger can be good when it is righteous and constructive, the thing about the abortion lobby is that their priorities are all out of whack. Instead of being concerned about the lives of preborn babies, the abortion lobby is angered over trivial things like sidewalk chalk. Yes, simple chalk can throw abortion supporters into a tizzy and inspire hostile behavior. That’s exactly what happened when Students for Life of America (SFLA) groups observed National Pro-Life Chalk Day this year. Here’s how the “empowering” abortion lobby reacted to our sidewalk art:

After the SFLA group on campus called “Illuminate” spent hours designing their chalk drawings and messages, their work was destroyed about an hour afterwards by pro-abortion students. When these students were asked why they felt the need to destroy the chalk statements and artwork, they responded that they were Satanists and didn’t like the pro-life messages.

After the pro-life chalk messages made by the SFLA group on campus, the Gophers for Life, were destroyed, pro-abortion students took to Instagram to gloat. Their comments read: “good thing people poured water on them lmao,” “Lol all of the chalk has been washed out,” ”oops! i accidentally spilled multiple gallons of water on the sidewalk this morning,” and “Hey, I think Coffman [the name of the student union] might be on fire? Someone should really call the fire department to hose down the sidewalks so the fire doesn’t spread any further!”. While none of the chalk statements had mentioned abortion, all of them had been spreading a message of love—and the pro-abortion students on campus found such support entirely unacceptable.

At Indiana University of Bloomington, two pro-abortion students decided their expensive, iced mocha lattes would taste better on the sidewalk and used their drinks as ammunition to wash away the pro-life chalk messages. The SFLA group on campus had been chalking messages that detailed different life-affirming resources including StandingWithYou.org—but apparently assisting pregnant and parenting women is too much for the abortion lobby. Instead, for fifteen minutes, the pro-abortion students stalked members of the SFLA group around campus where they were chalking and erased all their drawings one-by-one with their drinks.

When the SFLA group on campus at Oklahoma State University tried to participate in pro-life chalking for the first time, their chalk messages were scratched out of recognition within hours by vindictive pro-abortion students. However, a trademark of the Pro-Life Generation is our persistence, and the group decided to send out a message saying they were going to chalk again despite the backlash from the previous chalking event.

Their message to the pro-life community on campus sparked a fire, and even more pro-life students showed up to chalk. At the first go-around, the SFLA group only had ten chalk messages made—but for their second event, there were more than ninety chalk messages on campus. It just goes to show that when the abortion lobby tries to silence the pro-life movement, we come back even stronger.

When abortion supporters at Texas State University decided to deface the campus SFLA group’s chalk messages, they also decided to leave their own twist on the messages by inserting phrases such as “F*ck them kids.” In addition, the school got in on the pro-abortion action by emailing the SFLA group leaders and telling them that their chalking had been considered a “defacement” of the school.

At the University of North Florida, pro-abortion students shuffled their feet over positive pro-life chalk messages that read, “Motherhood Doesn’t Prevent Women From Reaching Success” and “How Can There Be Too Many Children? That is Like Saying There Are Too Many Flowers” (a Mother Teresa quote). When SFLA students asked them why they disagreed strongly enough to ruin the messages of empowerment and love, the pro-abortion students merely responded that they “just didn’t like it” and that the group should redraw it.

None of these tantrums over chalk seem very empowering.

When something as harmless and innocent as sidewalk chalk stirs up such reactions from the abortion lobby, we have to recognize that their hostility stems from their philosophy of life. For the abortion lobby, life is not sacred and does not need to be respected—and that view creates disrespectful actions towards all other people, born and preborn.  Get it together, abortion lobby; your hatred is showing.

READ NEXT: How My College Brought Light to Our Community Through National Pro-Life Chalk Day