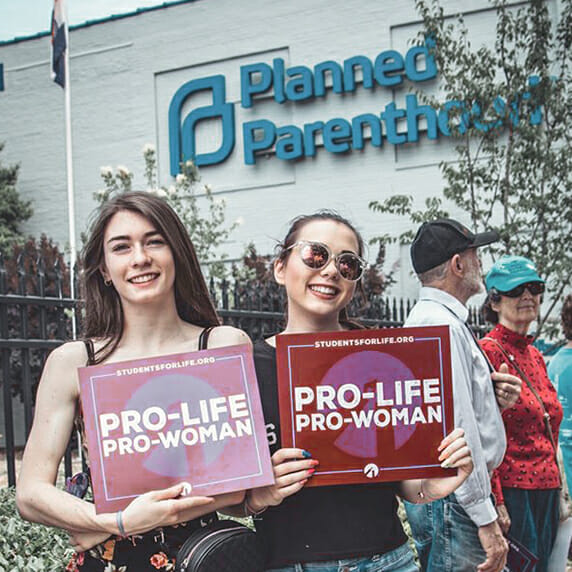 In a press release, SFLAction and SFLA President Kristan Hawkins noted, “Planned Parenthood’s 2020-2021 annual report is conspicuously absent from public conversation. What is the reason for its failure to release information to which the public is entitled?

She continued, “We know Planned Parenthood made off like bandits by taking millions from taxpayers via Small Business Administration loans during COVID-19. What additional taxpayer funding did they weasel out of state and federal governments as Americans lost their businesses and loved ones to disease and lockdown? And how will Americans react if it turns out that Planned Parenthood’s taxpayer revenue during the height of the pandemic increased as taxpayers face the fallout of resources lost to corruption along with crippling inflation at the gas pump and the grocery store?

“Exactly how many abortions and how much money did Planned Parenthood preside over as the rest of the nation buckled under the weight and loss of COVID-19? No more hiding. It’s time to release the report.”

Hawkins poignantly called out Planned Parenthood for not even taking the pandemic off in their unending game of fraud. While Americans were losing their lives, livelihoods, and social wellbeing to COVID and COVID lockdowns, Planned Parenthood was busy adding to the death toll. Exempted in many states from mandates prohibiting Americans from obtaining healthcare procedures, Planned Parenthood and the abortion industry kept up the killing — and the moneymaking.

When Congress authorized funds to help hardworking Americans who were losing their small businesses to the fallout of Covid lockdowns, Planned Parenthood had dollar signs in its sights. The funds were for small businesses, and Planned Parenthood – a corporation with 16,000 employees, headquarters in Manhattan and D.C., and dozens of affiliates across the country — most certainly does not fit that category. Planned Parenthood publicly whined about being excluded from eligibility and then promptly applied for an took between $80M-$150M in funds.

Hawkins also recently wrote an op-ed on Planned Parenthood’s fiscally fraudulent behavior during the pandemic that was featured at the Washington Times and entitled “Planned Parenthood Fraudsters Prioritized with COVID Relief.” She wrote:

“Family Research Council reports in “America’s Direct Deposit to Planned Parenthood” that current analysis shows American taxpayers have been very generous, whether they like it or not.  In fact, “annual taxpayer funding of Planned Parenthood has nearly quadrupled, from $163.1 million in 1994 to $618.1 million in 2019.” That figure could be higher today, as many await Planned Parenthood’s annual report – post-COVID – to see how the nation’s number one abortion vendor prospered while many businesses struggled. Is it possible Corporate Abortion doesn’t want struggling taxpayers to know how much they have taken into their coffers?”

To read the rest of Hawkins’ op-ed at the Washington Times, click HERE.