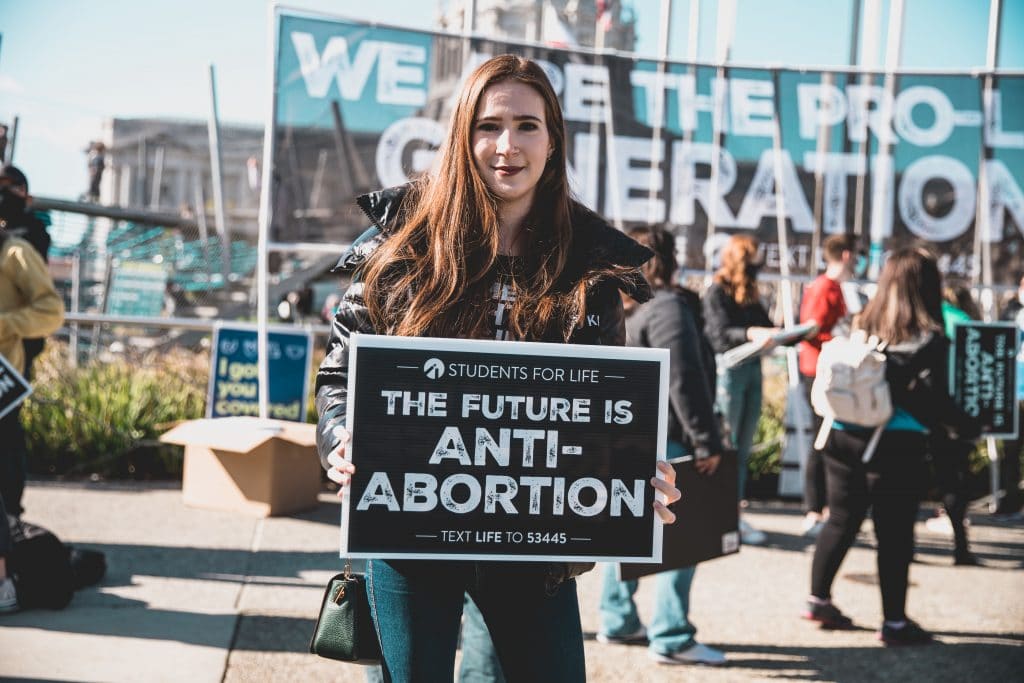 “If you believe women need abortion to succeed, don’t call yourself a feminist. That’s the opposite of true feminism which believes a woman can be successful while being a mother,” said Students for Life Action and Students for Life of America President Kristan Hawkins. “The abortion lobby has co-opted the women’s movement and is pushing the idea that women can’t multitask, but we know women don’t need to kill their children to be successful.”

AUSTIN, TX, & WASHINGTON D.C. (03-08-22) —  In order to confront the pervasive idea that “abortion rights” are women’s rights, Students for Life Action will be counter protesting a RiseUp4AbortionRights protest that is occurring on International Women’s Day in Austin. SFLAction will be peacefully protesting, carrying signs and highlighting the violence and  injustice of abortion that ends preborn life in the U.S. and worldside in the millions. The Texas protest will be led by Students for Life Action Regional Manager for Texas Sarah Zarr.

SFLAction rejects the idea that abortion is healthcare or a constitutional right as deliberately ending innocent life is in direct opposition to both the tenets of life-saving treatment and our Constitutional freedoms. Instead of abortion liberating women, reports show that 64% of abortions are committed through coercion where a woman does not want an abortion but feels pressured to ultimately abort. Abortion also has many health risks for women such as hemorrhaging, infection, increased risk of future ectopic pregnancies, etc. After abortion, studies show that women are 81% more likely to have mental health problems, such as suicidal thoughts, loss of self-confidence, substance abuse, depression, etc.

“SFLAction will be counterprotesting to show support for all women, both born and preborn. Abortion never helps women— it only harms and kills them—and we will not stand by as it is falsely portrayed as the savior of women. We don’t need abortion; we just need it gone,” said SFLAction President Kristan Hawkins.

Learn more about the health risks of all abortion for women, HERE.

Learn more about how the pro-life movement helps women HERE