What About Abortion in Cases of Rape? 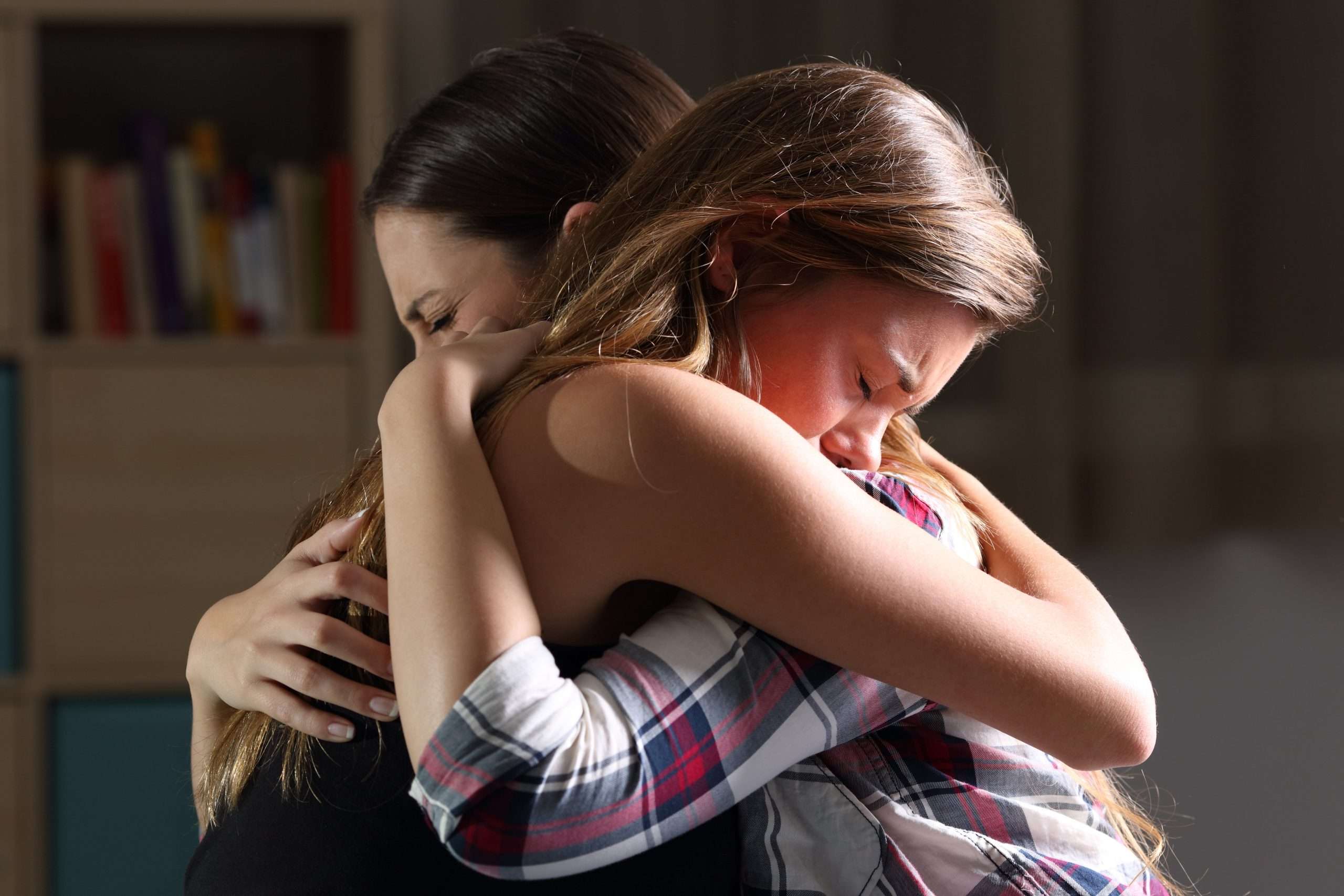 In the wake of the Texas Heartbeat Law and the current See Me Now Fall Tour on campuses, we have heard a certain question over and over from students… “What about rape? Will you force the mother to carry the rapist’s child?” For some, this question of rape is the only thing that keeps them pro-choice. Because this question is such a hurdle for students, the Pro-Life Generation must have a solid and compassionate answer to this question. 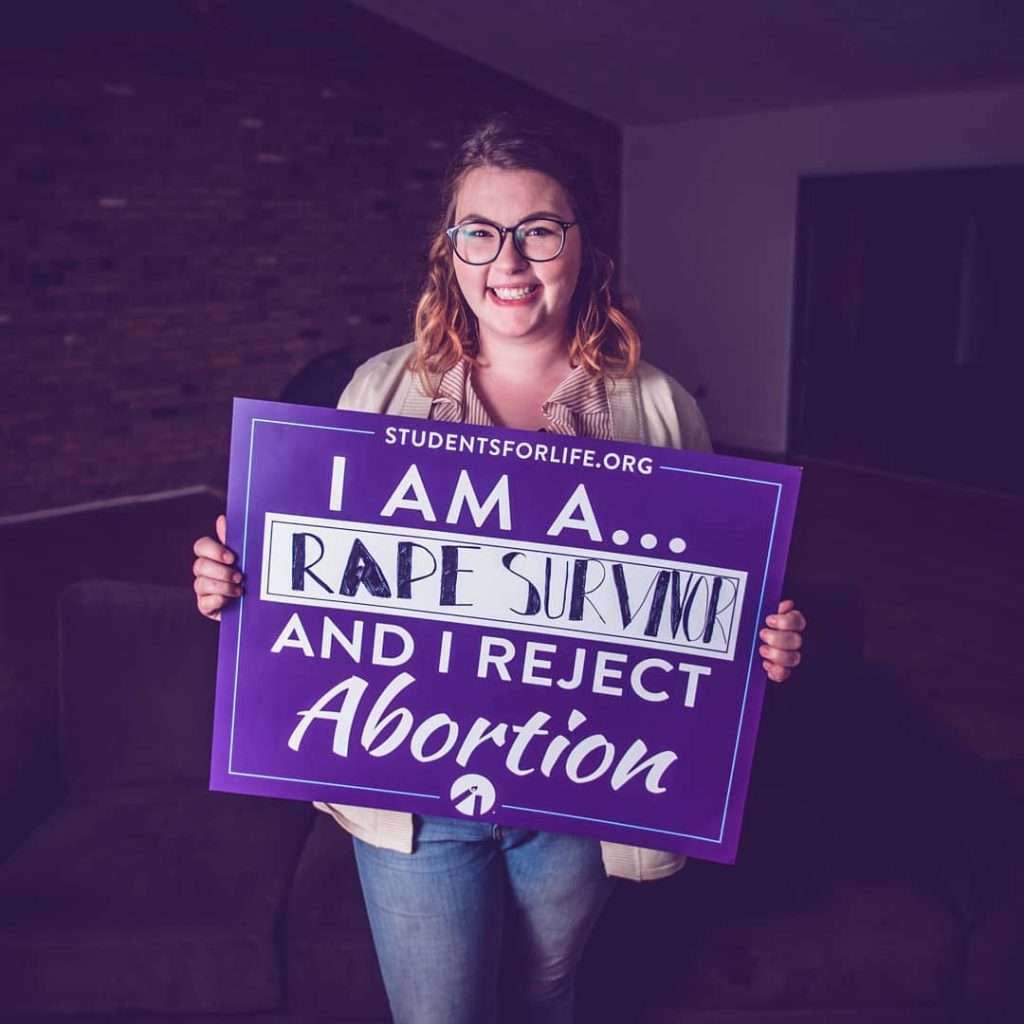 Abortion, particularly in the case of rape, has falsely been presented as the most compassionate solution.

As the Pro-Life Generation, we are fighting for a more just and equitable society for all people – including women and their preborn babies. We must fight this narrative and regain the true nature of our pro-life position, which is love and support. The pro-life position exists to aid women and their children. Abortion, on the other hand, is simply violence. Just as two wrongs do not make a right, one act of violence cannot rectify another.

Additionally, there are two common misunderstandings about the relationship between sexual assault and abortion:

These misunderstandings permeate the minds of everyone who thinks abortion is fine when dealing with a child conceived out of rape. Data and countless personal testimonies from those who have conceived as a result of sexual assault show that abortion does not heal rape, instead creating more trauma for the woman and killing another human being. 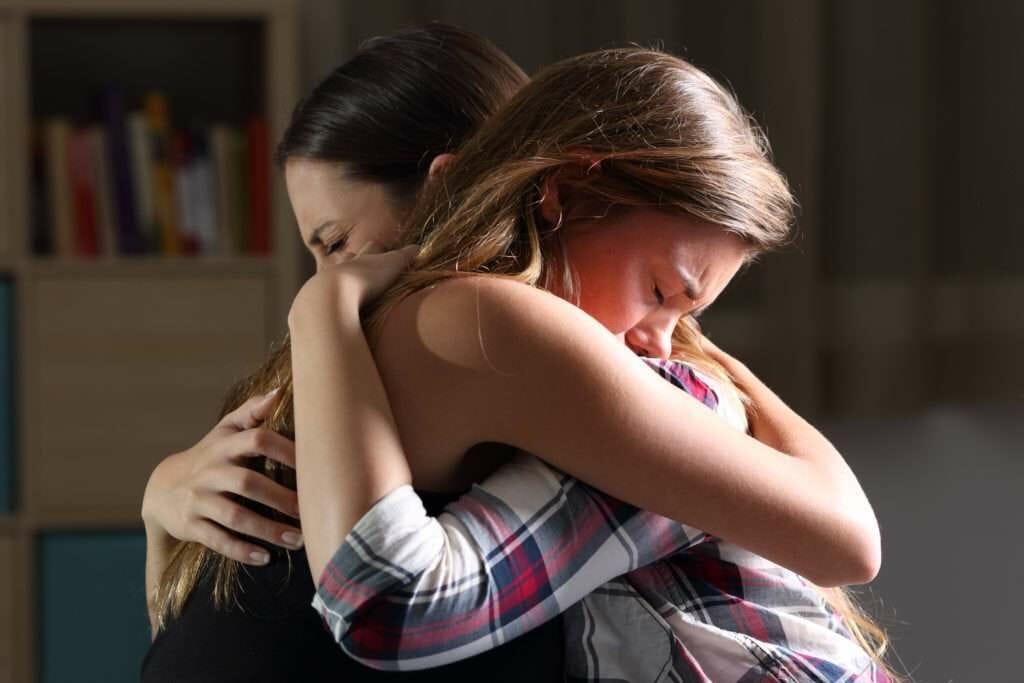 Sarah Michalak, SFLA’s Upper Midwest Regional Coordinator, shares an example of a conversation she had on a college campus recently.

“This fall, I was on a campus in Illinois and I spoke with a pro-choice student who had a complicated past with abortion. We talked for over an hour and she shared with me that she had had an abortion because she had conceived her child after being raped. She was scared and alone the day she went to the abortion facility, hurting from her trauma.

She chose abortion that day and, since her decision, she has struggled with thinking about her baby girl often. She mourns her daughter’s life, especially on the anniversary of her abortion. Her abortion did not heal her rape but only added more pain which many therapists ignored by saying, “That was the best decision for you.”

She shared with me that she just wanted someone to see her pain and to non-judgmentally listen. After thanking me for our conversation, she said she did not expect so much love and compassion from a pro-lifer.

Both her story and her surprise at my kindness broke my heart. Every woman should expect love from us. I came to the profound realization that we must be better at sharing the truth, especially about the hard cases. We must be better because we fight for the preborn AND the women most hurt by the abortion industry. 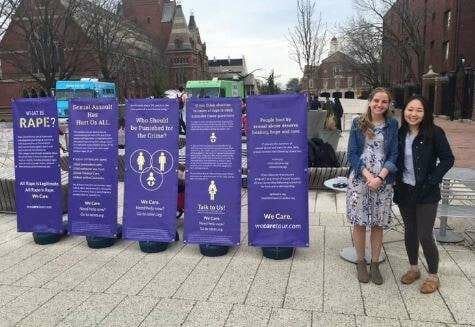 5 Tips for Talking about Rape and Abortion

1. Responding in love is the most important thing.

Each person has a unique past and we must remember that our conversations are not about winning arguments but winning hearts and minds. Any person we speak to may have had a history of sexual abuse and our responses must be sensitive to that reality. We do not want to respond immediately with statistics or cold logic. We should respond relationally first. Truly listen to the person’s concerns and reaffirm your common ground: that rape is one of the worst things that can happen to someone and that we want to support all survivors of sexual assault. Only after affirming the experiences of sexual assault survivors should we then courageously and lovingly address more philosophical arguments.

2. People cannot be devalued based upon their circumstances.

Rape is often used to justify legal abortions, and this is a very hard case to discuss because it involves two very vulnerable human beings. It gets to the heart of the abortion issue which is: what are the preborn? If they are not human beings, then abortion is merely a simple medical procedure. However, if they are human beings (which we know they are), then there is no justification that should allow for abortion. This is essential because even in the most difficult of circumstances, like rape, the preborn deserve life. Do all humans deserve equal rights? Of course. Should the circumstance of our conception determine our worth? We cannot devalue people based on their position in life. The pro-life position is that rape is evil, people who rape should be punished, and sexual assault survivors deserve justice and healing. Abortion, however, because it ends an innocent human life, is not just in any circumstance.

3. Know that abortion does not heal.

We know that rape is a horrific act of violation and violence. We also know that abortion is a violent act that ends an innocent human life and emotionally, psychologically, and physically harms women. Abortion will never heal the underlying sexual trauma. In fact, abortion can compound her trauma and further wound her. Rape is not a justification for further violence, and our goal MUST be to seek healing and not further harm. It is also necessary to hear from sexual assault survivors who conceived in rape and listen to their experiences. According to the Elliot Institute survey of 192 women who conceived in rape, 70% of these women chose life and all of them were happy they did. 43% of them felt forced to abort and of that 43%, 78% of them regretted their decision. We do not need to speculate about the correlation between rape and abortion. We know that abortion does not help and is not an authentic solution for sexual assault survivors.

4. Abortion is used to cover up sexual abuse and crimes.

Many women and young girls that have been sexually abused, sex trafficked, and raped have had the crimes against them covered up by abortions. Brooke Bello, a pastor and sexual abuse survivor, shared this horrifying reality when she was campaigning to keep Parental Notification for abortion in Illinois.  She was sex trafficked as a young woman and forced to abort her children by her sexual predators. She suffered deeply, and this medical malpractice led to her infertility and emotional trauma. Abortion is often portrayed in the cases of sexual assault as a saving grace for women in need. However, the sad reality for women is that it perpetuates the horrific cycle of abuse. Recent actions by the FDA and abortion proponents to decrease regulations of chemical abortion pills further endangers sexual assault survivors and women in abusive relationships as they can be forced to abort without even seeing a doctor.

5. Just because a child conceived through rape may be a reminder of that trauma doesn’t mean that child should be aborted.

People who trigger past traumas in our lives can cause us to struggle mentally and emotionally. This is the essential point that must be brought up when discussing rape and the abortion issue. A good example of this is the anti-Muslim discrimination that became prevalent in the wake of 9/11. There were many people who were traumatized by the horrific events that day and that led to many violent outbursts towards Muslims. And, of course, we know that there is no justification for those violent acts. The acts were horrible and wrong in the same way that abortion is horrible and wrong. We must remember that innocent people who remind us of evil people must be protected and not lumped in with criminals. This applies to any person, born or preborn.

Click here to read more about the pro-life
response to the question, “What about rape?”

Too many people have been lied to by the abortion industry and wrongly believe that abortion heals rape. It is up to the Pro-Life Generation to speak the truth and help the preborn and their struggling mothers. Together, we can work to help traumatized pregnant mothers in ways that abortion can and never will.