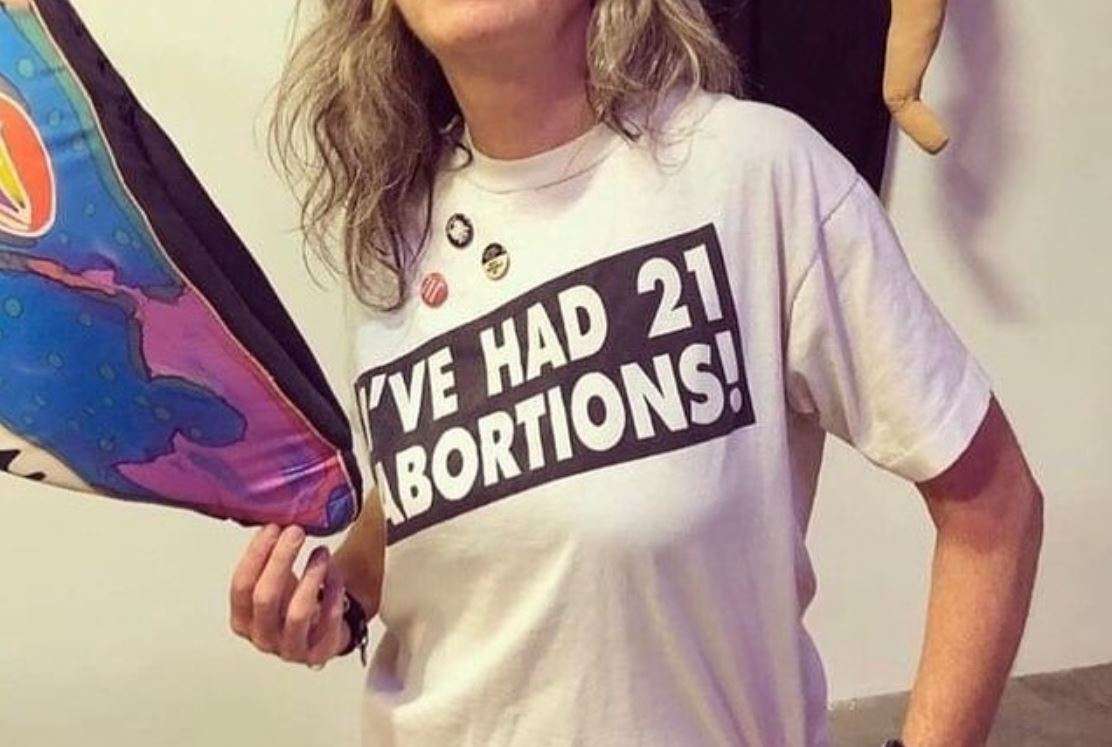 When the Heartbeat Act in Texas powered through legal challenges and the abortion lobby’s attempts to otherwise stop it, abortion supporters lost their minds. The law, which went into effect on September 1st, bans the abortion of babies with heartbeats in the state of Texas and empowers private citizens to report transgressions of that law. The response on social media and other areas of pop culture of “the disgruntled” has been ugly, to say the least.

Mad That People with Down Syndrome Can’t Be Killed Prenatally

The ugly-fest kicks off with Richard Hanania, President of The Center for the Study of Partisanship and Ideology (CSPI), who seemed very perturbed that eugenics will be stifled in Texas thanks to the new law. 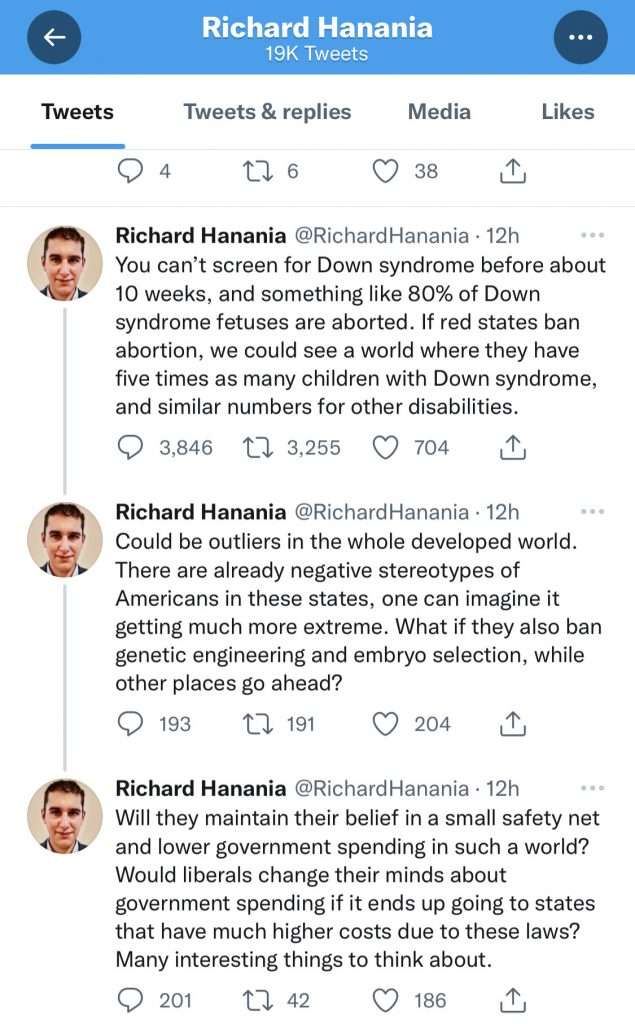 To suggest that the eugenic termination of human beings with Down Syndrome is a good thing is cold and cruel. People with Down Syndrome love their lives, and their families love them in return. In the words of Joanna Hyatt, “To my friend who has a daughter with Down syndrome, don’t listen to the people who think her life doesn’t have dignity and are concerned that more like her might be born. We should be so lucky as a culture.”

Oh, but he doesn’t just have a distaste for those with Down Syndrome. He notes that people with “other disabilities” will unfortunately survive, as well.

Read more here about ableism and why eugenic abortion is wrong.

Major dating apps like Bumble and Match have jumped onto a creepy bandwagon of donating to an “abortion fund” for Texas mothers. Another major dating app, OkCupid, has a special badge users can display on their profile that proclaims #IStandWithPP. Though macabre, this abortion support makes sense from these companies. Hookup culture and abortion go hand in hand since so many like to pretend that sex is merely fun and not where babies come from.

The enthusiasm of rideshare apps Uber and Lyft to jump on the abortion bandwagon is slightly stranger (but only slightly, as both are headquartered in California, the most pro-abortion state in the nation). Both pledged to cover the legal fees of any of their drivers who are found to have broken the abortion law by aiding a mother in aborting a baby with a heartbeat. Lyft also donated $1,000,000 to Planned Parenthood which was really touching as the abortion giant with over $1 billion in annual revenue is really strapped for cash. After all, though abortion is only 3% of their services, Planned Parenthood did say this law will strip them of 85% of their business in Texas.

How tragic that all this effort and money is being thrown into supporting the abortion industry instead of women. Imagine if it all went towards things that actually support mothers, like actual obstetric healthcare, tuition assistance, childcare, scholarships, or material goods that parents need? Insisting that women need abortion to succeed in life is pathetic.

This is not altogether surprising, coming from this group. What’s perhaps even more sinister is in the fine print – the Satanists are arguing that women should be allowed to take chemical abortion drugs anytime within 24 weeks of pregnancy (an apparently arbitrary end point). That is SO extremely far out of the range it’s safe to take the drugs that it’s not even funny. That is six months pregnant. That baby is large, kicking, fully developed, capable of feeling pain, and more. The FDA approves Mifeprex (the first of the two-pill chemical abortion regimen) for use up to 70 days, or 10 weeks. The pills are 4 times as dangerous as surgical abortion and increase the risk of a woman’s death by 10 times, even when ingested in that “safer” window.

Pro-Life Execs and Employees are Being Fired

Josh Denny, a famously “button pushing” comedian, once hosted a Food Network show called “Ginormous Food.” Denny identifies as pro-life and, as such, celebrated the passage of the Texas law. Food Network responded by pinning this tweet:

For those asking: Our working relationship with Josh Denny ended years ago and we removed all episodes he hosted at that time. His views do not reflect our company values and we regret giving him a platform.

There is no connection too strange anymore. Food Network, of all things, is all about abortion. Apparently, you can’t cook or be around food properly if you don’t support the killing of preborn children. Denny clapped back perfectly:

If you regret having ever given me a platform, how about you send me a check for the 10’s of millions of dollars my show made for your network(s)?

You knew my views and my style of comedy when you hired me.

My views represent the beliefs of half of this country. https://t.co/Mg2mDl5fLP

Denny isn’t the only one who’s been disowned recently for his pro-life values. Tripwire, a video game company based in Georgia, fired its CEO John Gibson simply for tweeting support of the Texas law. That alone is hideous and stupid. What makes it even worse is that Gibson’s tweet was incredibly civil and graceful… yet they claim to have ousted him in order to “foster a more positive environment.” As if being pro-life negates that goal somehow.

Proud of #USSupremeCourt affirming the Texas law banning abortion for babies with a heartbeat. As an entertainer I don’t get political often. Yet with so many vocal peers on the other side of this issue, I felt it was important to go on the record as a pro-life game developer.

The days of “safe, legal, and rare” are not only gone – they are ancient history. Abortion organizations and their rabid supporters have jumped headlong into “Shout Your Abortion” instead. It’s really out of touch with mainstream opinion, so we’ll see where it leads them. Likely, it’s only serving the purpose of hurting women who have had abortions and are looking for healthy outlets to grieve but are being shouted at that they should feel happy instead.

There’s a major aspect here that is constantly (and conveniently) disregarded every time a pro-life law is passed. This law is what Texans wanted. They voted for pro-life legislators (including a governor) in their state, and those pro-life legislators passed a pro-life law. We have found that 65% of Millennials support the right to vote on abortion-related policy. That is EXACTLY what happened here.

That’s a stark contrast to Roe v. Wade which was decided by 7 unelected men and forced upon the entire nation, effectively silencing the voice of every American. This is why we believe the future is anti-abortion. Because when we get a chance to vote, pro-life things happen.