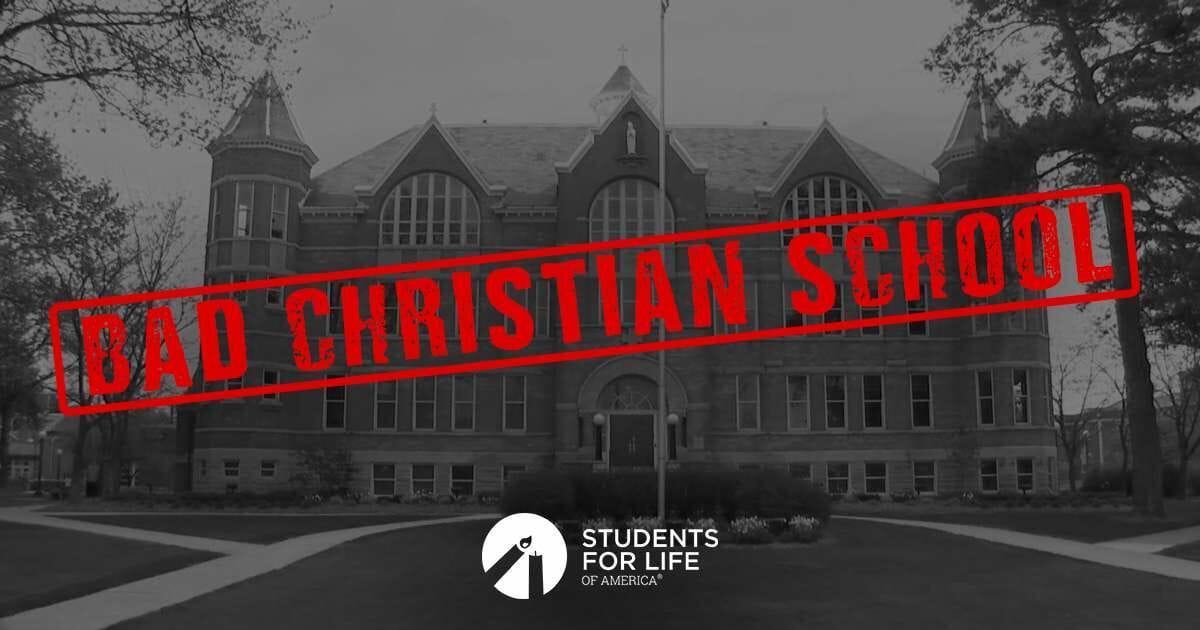 INITIAL REPORT FINDS:
Planned Parenthood’s quiet relationships with many faith-based schools flies under the radar of many engaged at colleges and universities. Schools partner with Planned Parenthood by listing them as a student resource, publicizing internships and careers with the abortion giant, and more.

“There is an unholy partnership between a number of Christian schools and the abortion industry,” said SFLA’s Kristan Hawkins, “but Students for Life is mobilizing pro-life advocate nationwide to cut ties with the nation’s number one abortion vendor.”

WASHINGTON D.C. (3-3-2021) Students for Life of America (SFLA) is working to identify and document every Christian school in the country that partners with the nation’s largest abortion vendor, Planned Parenthood, as an on-going project for student activists. SFLA is mobilizing the Pro-Life Generation and SFLA partners to survey their schools’ resources and relationships and to contact schools affiliated with Planned Parenthood, urging school administrators to end abortion industry connections that compromise their Biblical and Christian commitments if they exist. Students for Life President Kristan Hawkins released preliminary findings today of the national audits, the first of many reports to come.

“There is an unholy partnership between a number of Christian schools and the abortion industry,” said Kristan Hawkins, President of SFLA. “We want to equip pro-life advocates to take action and encourage schools to disentangle themselves from Big Abortion. It is crucial that colleges and universities that claim an affiliation with the Christian faith and Biblical values do not contradict those values by partnering with or promoting perpetrators of abortion violence.”

SFLA conducted research on about 700 Christian colleges and universities, identifying about a hundred schools with ties to Planned Parenthood.

Christian schools most commonly engaged with or promoted Planned Parenthood by:

·       Referring students to Planned Parenthood as a resource;

·       Hosting events for students with the abortion giant.

Two of the first 25 schools released — Messiah College and St. Francis University, both in Pennsylvania — removed their connection to Planned Parenthood after being contacted by pro-life advocates.

The remaining 23 schools with ties to Planned Parenthood released in the first wave of research are:

SFLA is mobilizing advocates to contact the remaining schools that have not yet removed their affiliation with the abortion industry, and SFLA teams are continuing to survey schools to detail any connections with Planned Parenthood or other abortion vendors.