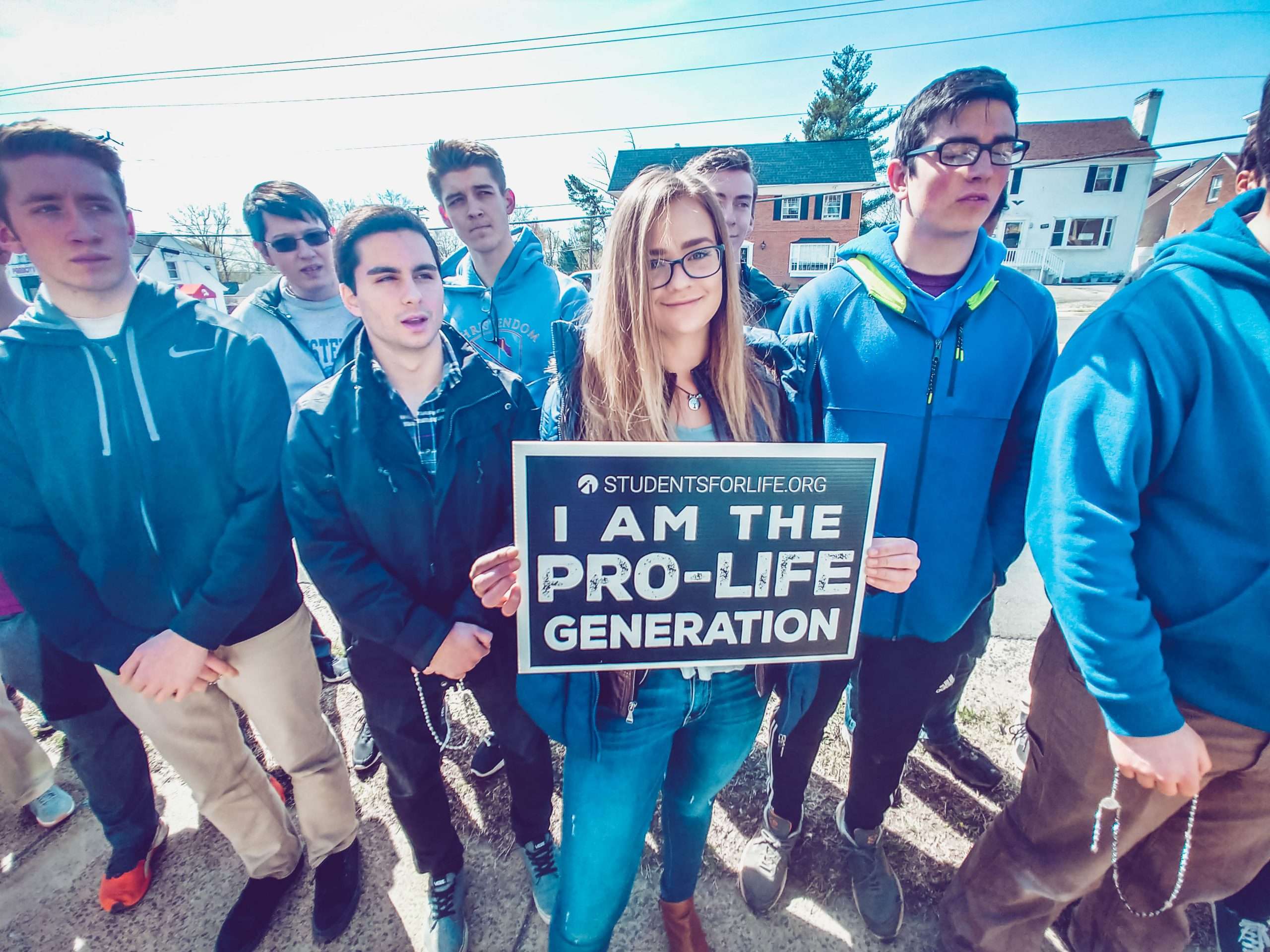 “If Joe Biden truly wants unity, respecting the free speech and conscience rights of Americans, including those of his Church, is essential, along with limiting taxpayer funding of abortion at home and around the world. That’s common ground and a good place to start a conversation,” said SFLAction’s Kristan Hawkins in the Washington Times.

WASHINGTON D.C. (01-20-2021) – On the morning of the severely parred down Inauguration of Joe Biden, Students for Life of America/SFLAction President Kristan Hawkins urged the soon-to-be-President “to prioritize finding common ground with your fellow Americans, especially on the human rights issue of our day, abortion. The razor thin margin that placed Joe Biden in the White House is not a mandate for radical change, but rather is a sign that extremism is a mistake, and with our newly launched Pro-Life Generation Scorecard we will hold politicians accountable for how well they protect the preborn and their mothers.”

This week, Hawkins addressed her policy predictions for the beginning of the Biden Administration, in an op-ed at the Washington Times, titled: “What pro-life supporters can expect from a Biden administration.”

She observed: “Day One, expect a President Biden to get carpal tunnel syndrome signing all kinds of executive orders, including an end to the Mexico City Policy first established by President Reagan to ensure that U.S. aid dollars were not funding or promoting abortion around the world. Also likely gone, the ‘Protect Life Rule’ attached to federal family planning funds that prevented abortionists from misusing funds to underwrite the cost of their facilities or to market abortion … For those who want to force life-ending abortion into life-saving healthcare, personnel is policy as California Attorney General Xavier Becerra now tapped to head up the U.S. Department of Health and Human Services illustrates. Called the ‘Anti-Trump attack dog’ by The New York Times, Mr. Becerra is known for using the force of his office against pro-life people, from nuns to journalists to pregnancy care centers that provide free services to young mothers. An attorney, he has no experience actually running a health care operation, though he did arrange a lawsuit against the medical professionals at the FDA to force them to drop health and safety standards that regulate chemical abortion pills.

“The nomination of Mr. Becerra is a sign that the abortion lobby has been ‘wildly successful’ in forcing their unpopular will onto the mainstream Democratic Party and an indication of what is to come, especially as President-elect Biden campaigned on expanding the troubled Obamacare platform … Meanwhile on Capitol Hill, ‘Democrats promise Biden-era abortion showdown over Hyde Amendment,’ which currently limits taxpayer funding of U.S. abortions to those from rape, incest or when the mother’s life is in danger … As journalist William Saletan reports, ‘In every poll, a plurality of Americans opposes public funding of abortions. In every poll but one, that plurality is a majority.’ It’s clear more forced abortion funding is unlikely to become popular after Inauguration Day.” To read more about the policy agenda, click here.

Students for Life Action launched a new Pro-Life Generation Scorecard in advance of the 117th Congress. “Mid-term elections are especially significant when one party controls so much of our government, and this scorecard will offer practical information to pro-life activists nationwide,” Hawkins said about the new tracking tool. “Students for Life Action was launched to capitalize on the desires the Pro-Life Generation in all 50 states who want to add direct political engagement on the issue of abortion to their outreach to women who are directly targeted by abortion vendors. Our efforts first focused on state races and now is gearing up for a more focused, federal presence.”

Click here to learn more efforts urging the U.S. Senate to vote NO on the Becerra nomination, a scored vote for the Pro-Life Generation Scorecard along with all Hyde Amendment votes.