Students for Life Calls on the Senate to #ConfirmAmy 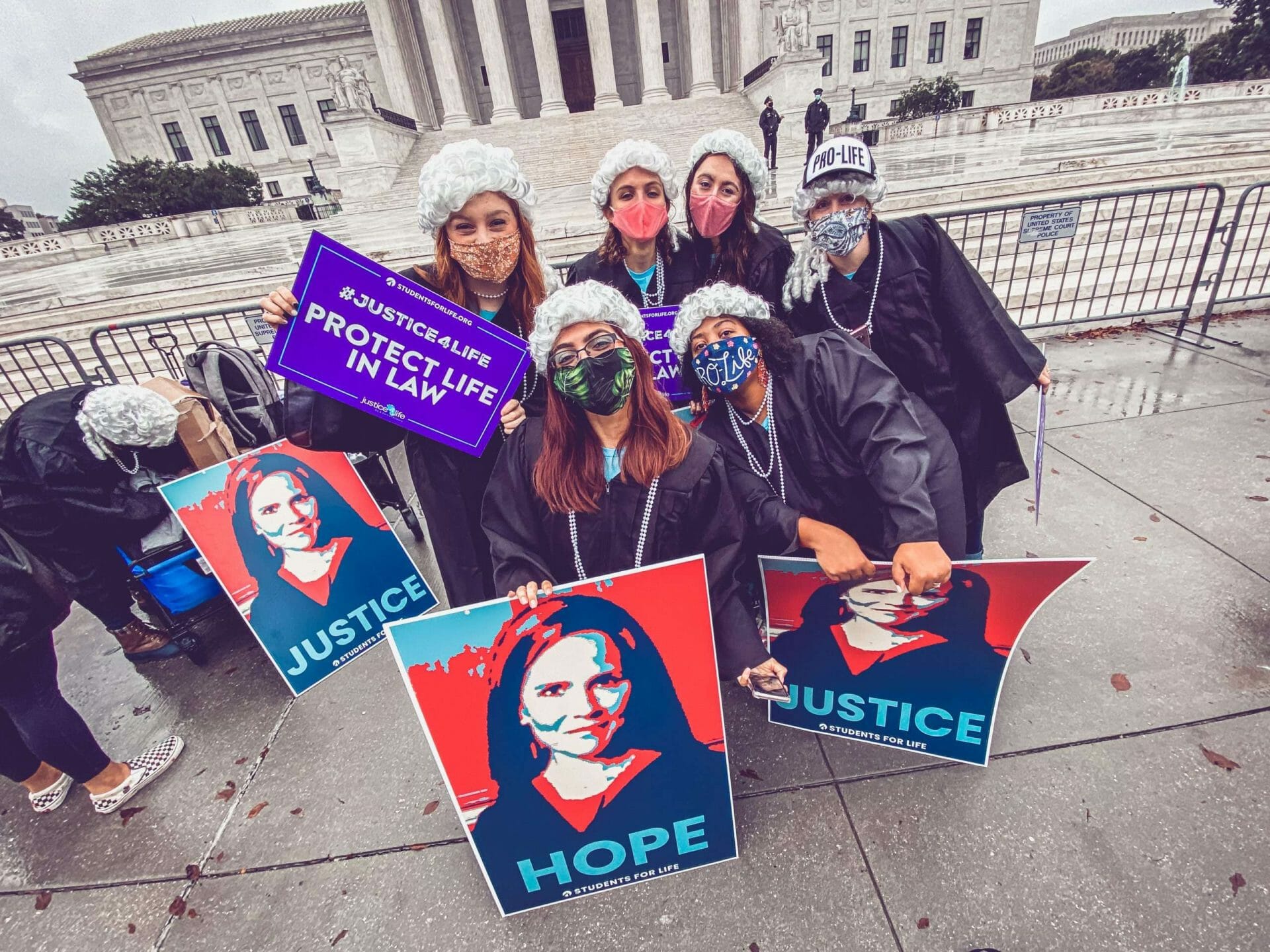 Students for Life of America & SFLAction call on the U.S. Senate to #ConfirmAmy, Begin Vigil and Join Events in front of the Supreme Court as Hearings Begin

“Getting the right people on the Supreme Court is literally a matter of life and death,” said SFLA/SFLAction’s’ Kristan Hawkins. “The Pro-Life Generation is all in and will work to #ConfirmAmy both in Washington D.C. and across the country.”

WASHINGTON D.C. (10-12-2020) – MEDIA ADVISORY for MONDAY: Students for Life of America and SFLAction will join with pro-life Americans at the Supreme Court starting Monday as Judge Amy Coney Barrett goes before the U.S. Senate Judiciary Committee as part of her confirmation process to become the 9th Justice on the nation’s highest court. Beginning at 8 a.m. eastern, pro-life activists will be near the Supreme Court after lining the roads to welcome her as she heads up for hearings scheduled to begin at 9 a.m. Following opening remarks, conservative, pro-family and pro-life organizations will hold several news conferences for reaction to the morning’s events. Though the time is TBA, expect events beginning around noon. SFLA & SFLAction will have a presence at SCOTUS all week as students and our SCOTUS Squad will add their voices to those who call on the U.S. Senate to commemorate the 100thanniversary of women’s right to vote in the 19th Amendment by confirming Judge Barrett as the 9th vote at the Supreme Court. SFLA & SFLAction engagement and live commentary and fact checks can be tracked across social media platforms.

“The fact that some political leaders threaten court packing in response to this highly qualified, female jurist shows just how charged things have become in the nation’s capital. Already, one of Students for Life Action team member has been struck in the face for advocating for Judge Barrett outside the Supreme Court, but the Pro-Life Generation will not be intimidated by those who want to abuse their positions and bully their opponents,” said SFLA & SFLAction President Kristan Hawkins. “Some are trying to argue that they opposed Judge Barrett because she might cut their ‘healthcare,’ which is usually a code word for abortion. If your ‘healthcare’ kills people, you’re doing it wrong.” 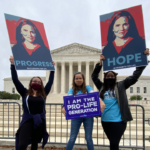 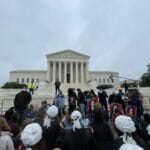 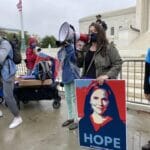 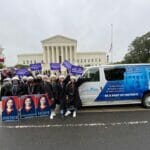 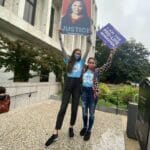 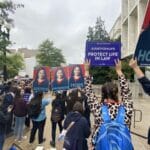 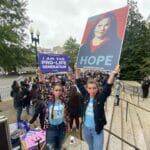 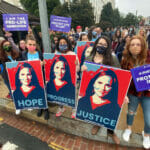 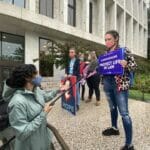 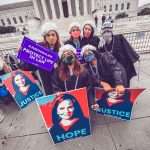 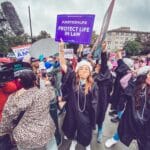 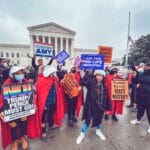 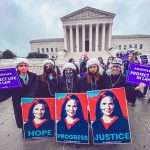 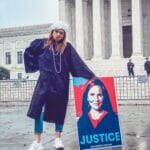 OUR VIEW IN PRINT: For critics who argue that Judge Barrett’s background includes pro-life associations, an abortion viewpoint is not unusual for Supreme Court nominees. Click here, to read Hawkins’ op-ed at RealClearPolitics on how abortion views have been ignored for past nominees – such as Ginsburg, Sotomayor and Kagan. Click here to read Hawkins’ op-ed at Fox News outlining how feminist opposition to Barrett’s nomination doesn’t line up with the views of most women.

LETTER TO U.S. SENATE: Students for Life Action has a nationwide petition going out to rally support for Judge Barrett’s confirmation. They will deliver more than 20,000 signed petitions in-person and via fax on Monday morning.

#JUSTICE4LIFE on the Road: Beginning on Oct. 19, SFLA & SFLAction will be taking our support for the Judge Barrett nomination on the road. A number of events are planned for West Virginia and Alaska, along with Michigan, Minnesota, Pennsylvania, North Carolina, Florida, Texas, Arizona, and Montana. Locations/times TBA.

6-FIGURE AD BUY: Students for Life is launching a six-figure, first of its kind digital field effort to get out the pro-life vote and persuade young people, many of them first-time voters.  In addition, we will be pivot some of these advertising resources to connect with 18-35 year-olds to encourage them to tweet at their Senators about their support for Judge Amy’s confirmation and urge a yes vote.

GOTV: SFLA is already in 46 states with our “SOCK THE VOTE” campus tours, which also discuss the importance of a Supreme Court vacancy for new voters as part of GOTV efforts. This follows a very successful earlier campaign, “Sock it to Planned Parenthood,” during which SFLA held events and traveled across the country with a truck carrying 328,348 baby socks, representing the number of abortions Planned Parenthood commits each year.

With a focus on the importance of Supreme Court vacancies, SFLA’s VotePro-LifeFirst efforts are also targeting new and first-time voters with the reasons to vote on the human rights issue of our day. Deployments in key states now augment more than 100 phone banks now operating.

A UNIQUE TWIST: For persuadable voters, we are engaged in two, unique, mind-changing efforts. The first effort consists of showing these voters a brand-new video, created after more than $250,000 in research on “mushy-middle” twenty-something women in the last year, to address lukewarm support for abortion. Our online research shows that this video can change the opinions of up to 40% of those we reach. Our second effort consists of reaching these voters with a quiz asking first how important abortion is to their voting decisions, asking their knowledge about abortion, and then asking if they will pledge to #VoteProLifeFirst after learning the truth about America’s extreme abortion laws. Already, we are seeing close to a 50% conversion rate, noted Hawkins.