Students for Life Applauds the Nomination of Amy Coney Barrett 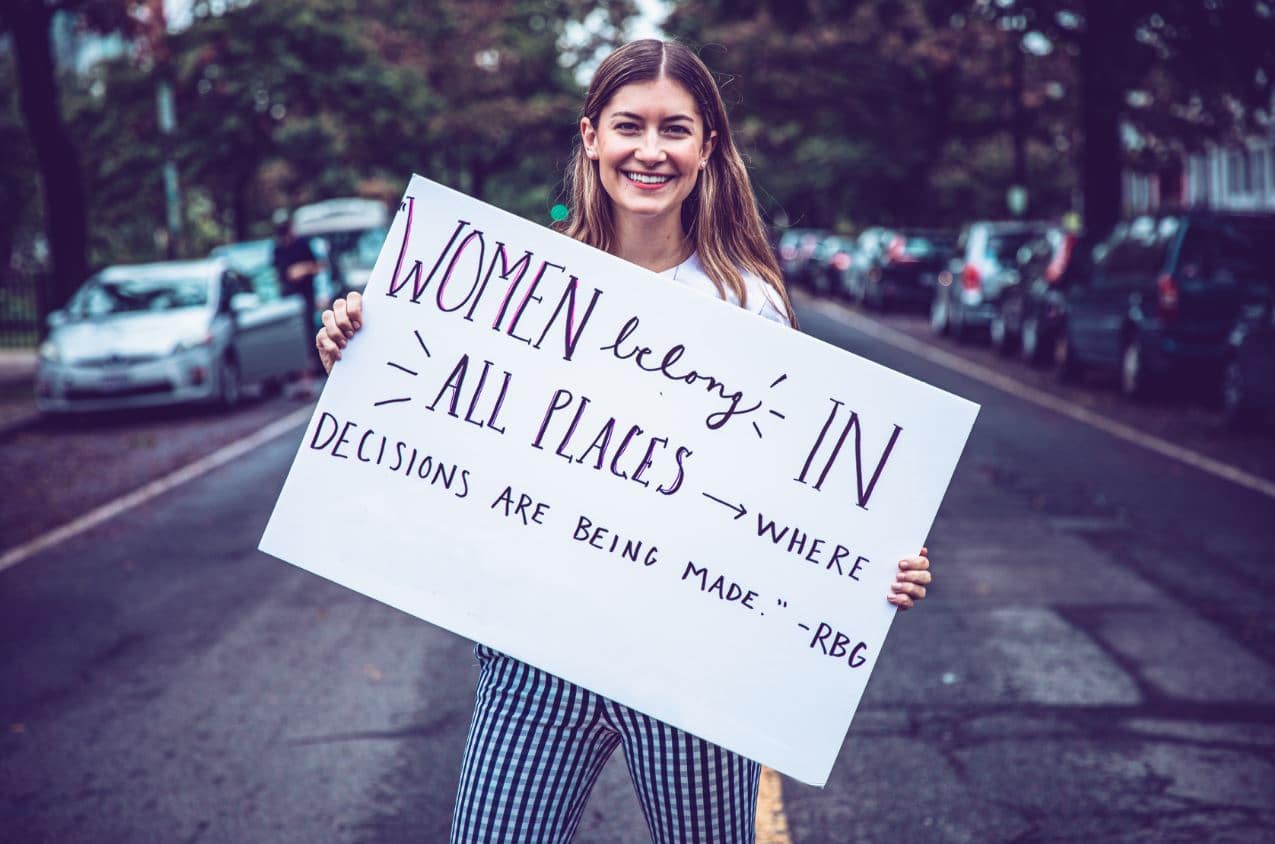 “On the 100th anniversary of women’s right to vote found in the 19th Amendment, Judge Barrett’s nomination to the Supreme Court is a fitting tribute to how far we as women have come,” said SFLA/SFLAction President Kristan Hawkins. “This is the opportunity of a lifetime that will determine millions of lifetimes. It’s go time, Pro-Life Generation: Get ready for a Post-Roe America.”

WASHINGTON D.C. (09-26-2020) – Outside the Supreme Court, Students for Life of America and Students for Life Action staff, students and volunteers cheered the announcement of Judge Coney Barrett as President Trump’s Supreme Court pick as SFLA & SFLAction President Kristan Hawkins celebrated the news from the White House nomination event. “One hundred years ago, women fought for the right to have a voice and a vote, and now, Judge Barrett’s nomination to the Supreme Court represents a tremendous accomplishment for all of us who have worked to make our voices heard. She will be a judicial role model for the next generation, and our team will mobilize across the country for this qualified jurist who deserves to be heard. For too long, activist judges have used the U.S. Constitution as a blank check, to be filled in on behalf of their pet causes. Case in point: Roe v. Wade and Doe v. Bolton that created from nothing a ‘right’ to abortion and wiped out all abortion laws nationwide. That kind of judicial activism tears at the heart of the nation as people lose trust in the law when it can be made up as you go along. America needs jurists like Justice Antonin Scalia, who respected the law as written, and whom Judge Barrett clerked for before being confirmed to serve at the U.S. Court of Appeals.”

“Speaking for myself as a Catholic, I am also very concerned about the coming attacks on her faith, despite the fact that the Constitution says that ‘no religious test shall ever be required as a qualification to any office or public trust.’ Judge Barrett’s faith was called into question as ‘dogma’ when she was confirmed 55 to 43 to the U.S. Court of Appeals, and already people are signaling that the attacks will continue. Withholding higher office from people who are believed to practice their faith is both Un-American and Unconstitutional,” said Hawkins.  Click here to read Hawkins’ op-ed at USA Today on reasons for Catholics to vote Pro-Life First. Click here for Hawkins’ op-ed in the Washington Times on Roe’s shaky legal foundation.

While at one time, Congress respected a President’s right to choose judges and picks could move quickly, today’s hostile environment is the legacy of current Democratic Presidential candidate, former Vice President Joe Biden who “borked” Judge Robert Bork through attacks at his hearing because he held a different judicial perspective from Biden’s. Sadly, political leaders are pledging to go even further to prevent the Constitutional process from going forward.

“Despite the threats, Students for Life Action and SFLA will work the ground game in support of a judge who deserves a seat at the table. Judge Barrett must not be silenced because some don’t respect her point of view,” said Hawkins.

Students for Life and Students for Life Action already are engaged on a number of fronts at this political moment in time. SFLA’s “Sock the Vote” Get-Out-The-Vote effort is in 46 states. SFLAction this weekend is wrapping up deployments in eight states and phone banking nationwide. The importance of a Supreme Court vacancy will be part of all messaging on the importance of voting pro-life first.

SFLAction will launch another #Justice4Life campaign through calls and events to be announced, including in-person events across West Virginia with other events in key states to be announced.