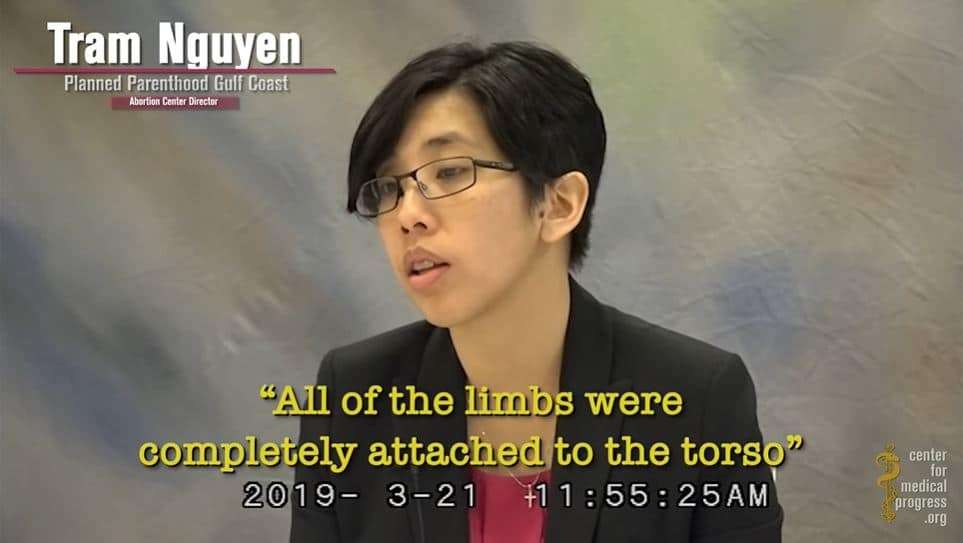 Most of the country, both pro-life and pro-choice alike, remember back in 2015 when David Daleiden and his Center for Medical Progress (CMP) began releasing their undercover videos of Planned Parenthood officials discussing the sale of fetal body parts. Pro-life undercover journalists in California had gathered hours of footage exposing how the abortion giant profits from the sale of body parts to research entities. Yesterday, CMP released another new video of a Planned Parenthood executive admitting that they deliver babies alive and dissect them.

All of CMP’s videos are housed here on their website.

Then-president of Planned Parenthood Cecile Richards went on news show after news show spouting the same bogus line: Those videos were highly edited. After all… what else could she say? Her own employees were caught red-handed, on film, discussing eyeballs falling into laps and how much a baby liver was selling for these days.

Fast-forward five years. Since the videos were released:

Even without their direct admission, it’s a simple math equation. Other abortionists and medical professionals note that the heart must still be beating, must still be pumping blood through the living body, in order to successfully harvest the best (most profitable) organs.

Planned Parenthood loves money. They sell baby organs. And they have no qualms about changing the method of abortion to suit their needs.

But, in case that wasn’t proof enough, we also have them on tape admitting that they enter the uterus, turn the baby feet-first, deliver him/her alive, then dissect them for organs. This was admitted under oath by Dr. Deborah Nucatola, a Planned Parenthood senior executive, and backed up by others.

The Center for Medical Progress reported:

But under oath in her deposition, Dr. Nucatola confirms, “If I was aware that it was a donation case, yes” she would change where she grasped the fetus with her forceps in order not to crush certain organs. When asked about her description of flipping a fetus to breech position in order to obtain intact organs, Dr. Nucatola first seems to deny doing so. But when confronted with her conclusion on the undercover tape, “We’ve been pretty successful with that,” Dr. Nucatola admits, “I was referring to PPLA.” Asked if that included herself, Dr. Nucatola testifies, “Yes, including me, I worked at PPLA.”

The new video also includes testimony from Dr. Mary Gatter, former medical director for PPLA, admitting that after internal debate in the organization, she “evolved” in her thinking to believe that changing abortion “techniques” in order to harvest higher quality fetal tissue was acceptable. Dr. Gatter testifies that Planned Parenthood makes a distinction between the abortion “technique” and the abortion “procedure,” and that changing the former is allowed while changing the latter is not. The federal law at 42 U.S.C. 289g-1 prohibits any changes to the “procedures used to terminate the pregnancy,” and not simply “the procedure” as a singular category.

The abortion giant has not said anything about this video exposing their fetal trafficking. They know the jig is up and there’s no amount of smooth-talking rhetoric that can get them out of this one. Thus, it’s better for them to ignore it. Planned Parenthood has had an abysmal decade. The country is finally calling them out for their racist past – which is a quick bridge to their racist present. Roe v. Wade is on the chopping block. And they’re going down.