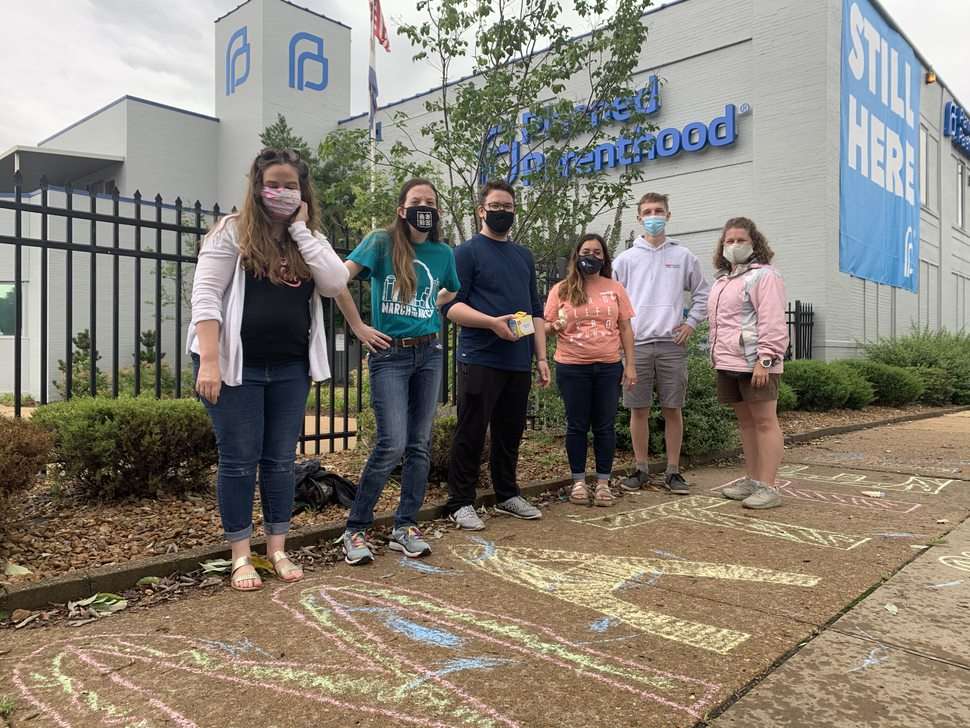 In the wake of Students for Life team members being arrested for sidewalk chalking as they do every week outside the D.C. Planned Parenthood, abortion supporters are asking if the pro-life movement genuinely cares about racial issues, or if the “Black Lives Matters” slogan has been hijacked to promote our own agenda.

The answer is simple: There’s no hijacking and yes, we’ve always cared.

Michele Hendrickson, SFL’s Eastern Regional Director, put it best when asked that question in an interview on the scene. She later posted on Facebook about it saying:

Today’s event at Planned Parenthood brought together people from all backgrounds to proclaim what should be a simple message: Black Preborn Lives Matter. In an attempt to share our message through washable sidewalk chalk, like we do every other Saturday, today… members of our team were arrested.
Why today? Why this message?
In an interview I was asked “has the pro-life movement ever cared about race issues before?” as if it were a slam.

Well actually, THANK you for allowing me a moment to explain how YES: we have tried to expose Planned Parenthood’s racist roots in founder Margaret Sanger for decades. We have showed study after study that demonstrates how Planned Parenthood facilities target minority neighborhoods. How obnoxiously racist it is to say these neighborhoods “need abortion” claiming it would “lower their crime rate” – we hear this all the time. That is directly saying: if we don’t kill their children for them, they’ll raise criminals. When are we going to stop talking this way and support families with real non-violent options?

Today was not business as usual.
Today was freedom of speech oppressed.
Today was an awakening: are we bold on issues that matter? Is abortion an issue that rises you to your feet in action and brings you to your knees in despair?

Hendrickson’s response demonstrates the patience pro-life advocates have had for years as we continue to reiterate the same thing over and over: all life is precious, and preborn lives matter. It would be idea hijacking if we’ve never talking about race and abortion before; but we’ve been doing it for decades. There is an overwhelming disparity in the number of black babies that are aborted and this is intentional.

This is the entire reason why activists saying Black Lives Matter are against using the phrase all lives matter — because they’re trying to draw attention to a specific group of people. But if we’re going to start defining which lives matter, by race or any other modifier, then that slogan, inherently means all black lives matter, including preborn black lives.

On Saturday, August 1st, two major Students for Life events coincided. It was the day we were supposed to paint “Black Preborn Lives Matter” on the streets of D.C. and it was also the 5th annual National Pro-Life Generation Sidewalk Day. When the 100 student groups nationwide who participated in Sidewalk Day heard that members of our team had been unjustly arrested in D.C. for sidewalk chalking, they chalked our shared message themselves. 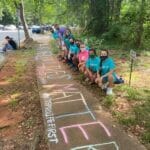 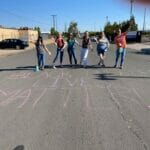 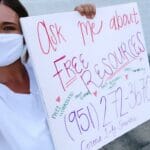 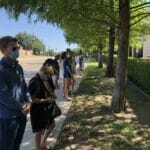 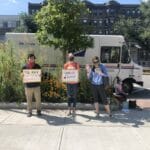 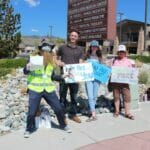 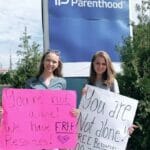 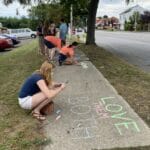 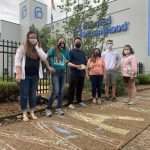 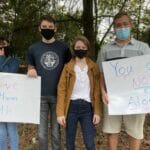 We have have always cared about women and children, and we have always cared about racial issues especially when they affect the preborn and their mothers. However, abortion supporters have ignored or even silenced our efforts since the beginning, by turning a blind eye to the abortion industry’s own racist activities. Only recently did Planned Parenthood begin to admit, under pressure of public scrutiny, that its founder Margaret Sanger was a eugenist with intensely racist motivations. But even then, she is still lauded on their website as a hero and an award in her name is called “the highest honor.”

Killing children does not solve any problems; it creates them.  Pro-life activists work tirelessly to create an environment where women and their children can feel safe, loved and receive actual care.

Some may consider supporting abortion to be “woke” but the witness of hundreds of students on the recent SFL National Pro-Life Generation Sidewalk Day shows that young people from across the nation are brave and passionate enough to stand up for the dignity of life. And these students are ready to calmly face ridicule, arrest, and beyond to give a voice for the pre-born. Their witness and the selfless dedication of all who fight for life demonstrates how we all need to choose whether we will stand for what matters.  Some may continue to look away from injustice, but hopefully others will find the courage to stand for hope and life. The choice belongs to each of us.