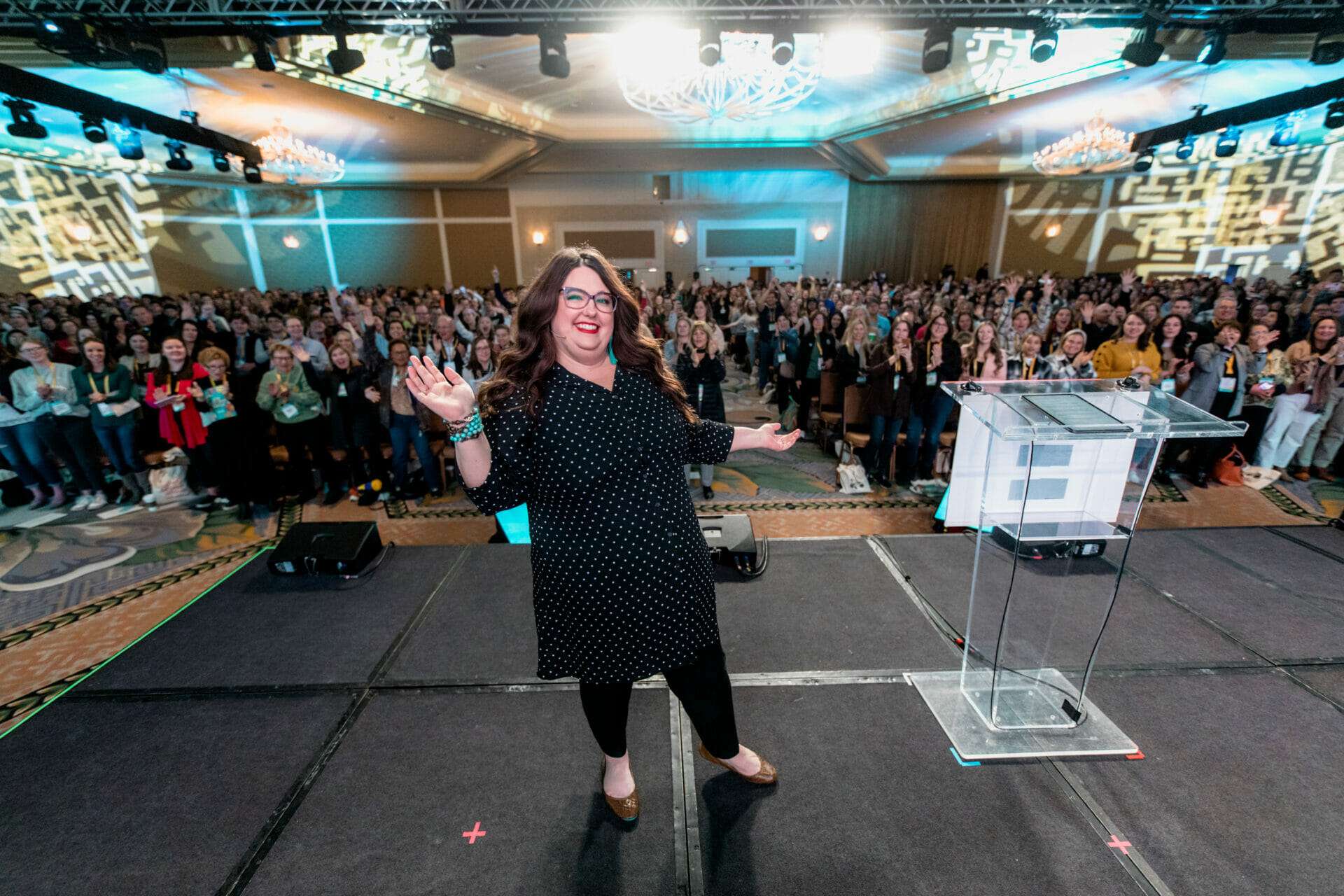 Media advisory: Email [email protected] to schedule an interview or go to prolifesummit.com/live-stream to watch the event online starting at 9AM EST

Two versions of the TimeLapse Video of the 2023 March for Life, shot by Students for Life of America, which can be used with attribution: Horizontal or Vertical

WASHINGTON, D.C. (01-21-2023) – After marching for the preborn in the heart of Washington D.C. yesterday, more than 2,000 students and pro-life activists join Students for Life Action (SFLAction) and Students for Life of America (SFLA) at our National Pro-Life Summit titled ‘Unstoppable.’ Representing the historic pro-life movement, the National Pro-Life Summit brings together organizations and leaders to challenge their activism and innovate ways to end the violence of abortion.

President of SFLAction and SFLA, Kristan Hawkins, will address leaders at today’s event. Below is the embargoed copy of her remarks:

“Let me hear you, Pro-Life Generation — are ready to learn how we will abolish abortion today at the National Pro-Life Summit? I feel so deeply honored to be with each you today…and it feels especially great to be here right now. Tomorrow, we will mourn what would have been the 50th anniversary of Roe v. Wade and the 63 million lives taken from our generation.

“But today, after decades of hard work and sacrifice, we’re celebrating the historic moment of this month… the first January in 5 decades when America is finally free of the dumpster fire that was Roe v. Wade. Yesterday morning, as I was reflecting upon this Post-Roe America, moment our movement now faces, a moment of great triumph, challenge, and opportunity, I couldn’t help but think of another important January victory in American history, which is today called the Battle of the Bulge.

“…and was the final victory needed to bring about the end some of the great horrors of the 20th century…the Second World War, Nazism, and the Holocaust.

“Think about it… Just 28 years before 7 cowardly men in black robes decided babies didn’t deserve the same right to life as they did… Hundreds of thousands of brave men laid down their lives so that those same babies could live in freedom and safety for generations to come. Make no mistake: The Battle of the Bulge wasn’t just another fight in a long list of hellish fights.

“After the Allied victory on the beaches of Normandy, the Nazis actually saw it as their last real chance to turn the tide before their defeat… That’s why the Hitler himself planned the attack. And it’s why the Nazis held nothing back. It was an all-out, merciless assault — not just on the Americans serving in the front-line trenches…

“But the Nazis attacked our soldiers off the battlefield, too — including if they surrendered. They threatened the lives of innocent families hiding in their homes. They even targeted churches. That last one sounds a little too familiar, doesn’t it?

“All told, Hitler unleashed more than 500,000 German soldiers, 1,400 tanks, and 1,000 war planes in his attempt to win the Battle of the Bulge. There’s only one way to describe that kind of military might: Unstoppable. And it might have been…

“Except for the courage and commitment of American heroes. Those brave soldiers were given one mission: To hold the line. To never give in. And to keep up the fight until the very end. And despite the fact that more Americans died in the Battle of the Bulge than on both sides of Gettysburg… They fulfilled their mission. And because of that… Good triumphed over evil. And even now, it’s a reminder that in the ultimate battle… It’s good, not evil, that’s unstoppable in the end.

“Friends, you don’t need me to point out the similarities to today. The pro-life movement has had some big wins in the last 5 decades of our war against the violence and exploitation that is abortion. Just think of the Trump-Pence Administration’s appointment of Amy Coney Barrett, a bad-ass, Catholic, pro-life, soccer mom to the Supreme Court. And of course, that set the stage for the historic phrase I had the honor to read before the world last summer…

“The Constitution does not confer a right to abortion. Roe and Casey are overruled.”

“Outside of law and politics, the pro-life movement has seen even more victories from battles fought… In our Communities and on our Campuses… We’ve helped millions of people open their eyes to the violence of abortion. We’ve built an entire social safety net of thousands of pregnancy centers and maternity homes, ensuring no woman stands alone during her pregnancy or after the birth of her child. At Students for Life, that’s meant growing our army of love to be billed with passionate activists and #ProLifeFirst voters.

“Because of you, we’ve transformed the pro-life movement as Students for Life has now trained more than 160,000 young people and served more than 1,400 pro-life groups in all 50 states. And you know you are rock-stars. But let’s be clear… With the lies and fear-mongering the abortion industry is spreading since Roe’s reversal. With the threats and actions of violence and discrimination we face. Ours is not an easy mission. It is hard work.

“And just like 78 years ago, the evil forces that we face are refusing to go down without a fight. In fact, since May, we’ve already gotten a glimpse of what abortion extremists are willing to do. America has watched terrorist groups like “Jane’s Revenge” firebomb pregnancy resource centers and even threaten to shoot up our recent Students for Life Action training in Omaha. We’ve seen Supreme Court justices threatened and their families harassed — not unlike what a lot of us here in this room have experienced ourselves.

“And we’ve started to see their other, more subtle — but even more dangerous — strategies for advancing a culture of death, too. That includes radically expanding access to chemical abortion pills. These drugs aren’t just deadly for preborn children with beating hearts and growing bodies. They’re dangerous for the moms who carry those babies — and risk their own injury, infertility, and death. And they’re harmful to our public waterways, fish, and animal life as chemically-tainted blood, tissue, and the broken bodies of babies are being flushed into toilets.

“Thanks to the President Biden’s weaponization of the once-admired Food & Drug Administration, the next time you are at a CVS or Walgreens picking up cold medicine or tampons (because we ladies, only, have the gift of fertility), the abuser in front of you may be picking up the pills to force feed his next victim or the young girl behind you may be seconds away from ingesting a pill that will kill her baby and perhaps her. And they aren’t going to stop there. We know where this viral spread of chemical abortion pills leads.

“Next, our pharmacies will be forced to distribute these life-ending drugs and then they will be sold, at a taxpayer-fund subsidized rate, over the counter. If that happens, the abortion lobby’s quest to normalize abortion, to make it part of our everyday lives, will have succeeded. I’m sorry to paint such a dark picture.

But you, the Pro-Life Generation, deserve to know exactly what we’re up against. Because the truth is that what happens in the days ahead will define our country for decades to come — and there’s no doubt that each of us will face a choice.

“Just like in 1945, when brave young men and the American military had a choice between retreating from the overwhelming strength of the Nazi army… Or holding the line. Or in 1973, when the original Pro-Life Generation had a choice between accepting that abortion had become a “decided matter” under Roe v. Wade… Or holding the line — and then chipping away at that abomination for nearly half a century. And today, we face that same kind of choice, too. Between accepting the dangerous idea that we’ve made some progress, but that now it’s time to settle down and stop our fighting… Or holding the line. I know you know that it won’t be easy. But, you can do this.

“And I’ll be standing right beside you the entire time. In fact, our entire team at Students for Life of America and Students for Life Action will be. No pro-life student stands alone. This is why I’m honored today to announce that Students for Life is launching our most aggressive campaign yet… a 5-year plan to establish a pro-life presence on EVERY 4-year college in America, all 2,675 of them. Go to PostRoeGeneration.com right now to sign-up to start or grow a pro-life group at your school.

“Then, go to ThisisChemicalAbortion.com and learn everything you can about the dangers of Chemical Abortion Pills, which now are the leading cause of death of preborn children in America. And while you’re on your phones. Make a note on your calendars to be right here in Washington, D.C. on Saturday, June 24th. Where the Pro-Life Generation will be gathering on the steps of the Lincoln Memorial to celebrate not just the anniversary of the Dobbs decision, but every victory over the last 50 years of the pro-life movement and incredible leaders who made them possible and show America that we will not rest in our mission. I hope you can make it.

“Thanks to you, Pro-Life Gen, there is real momentum on behalf moms and babies across America. Since June, TENS of THOUSANDS have been spared and babies will soon be born. And that momentum has left the abortion lobby scared. And as we’ve seen, that fear has made them more dangerous than ever.

“In fact, the opposition we’re up against can feel just as unstoppable and overwhelming as the Nazi war machine must have seemed 78 years ago. But I agree with what General Eisenhower said about the Battle of the Bulge all those years ago:

“The present situation is to be regarded as one of opportunity for us, and not of disaster.” With Roe gone, America has a real chance to become truly, the land of the free, the free to be born. But now, it’s our responsibility to bring the brave. To be unstoppable. To see good triumph over evil. And to end the devastation of abortion in our nation, forever.”