Jesus Wasn’t Running on a Pro-Abortion Platform; What MSNBC’s Joe Scarborough Doesn’t Know About the Bible is A LOT 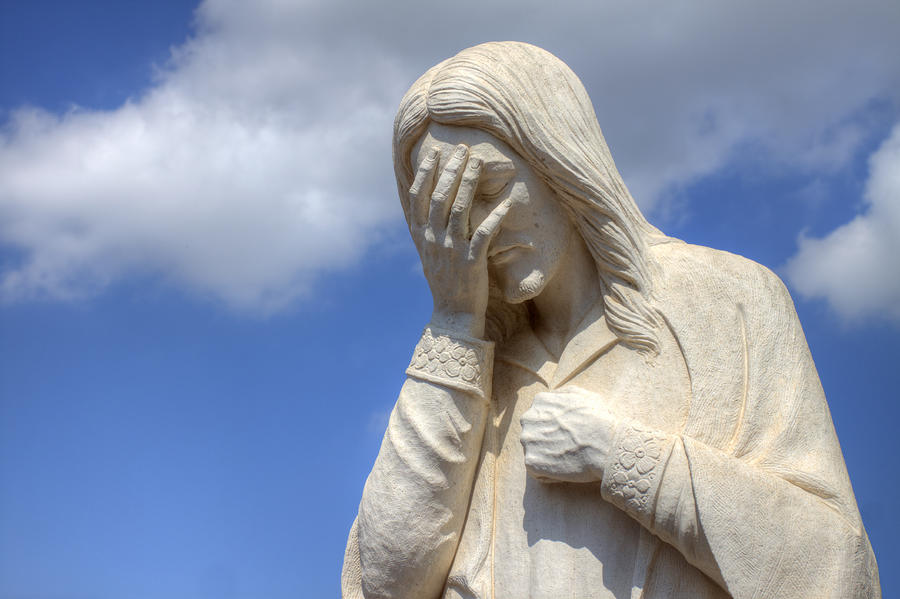 Scarborough made the unbelievable implication that Jesus would have been pro-abortion because “Jesus never once talked about abortion.” Scarborough’s position is as inane as it is inflammatory, and his blatant pro-abortion stance shatters any remaining illusion of impartial news media.

In a tirade on the morning show, Scarborough claimed, “As a Southern Baptist, I grew up reading the Bible – maybe a backslidin’ Baptist but I still know the Bible – Jesus never once talked about abortion. Never once, and it was happening back in ancient times. It was happening during his time. [He] never once mentioned it.”

While the Bible does not contain a quotation from Jesus explicitly addressing abortion, he did talk about murder, and no one walks away from Scripture with the impression that Jesus was pro-abortion. When Jesus says, “And whoever welcomes one such child in my name welcomes me” (Matthew 18:5), no one thinks that Jesus means “except if you don’t want a child, it’s ok to violently dismember him or her in the womb.” Except for Joe Scarborough, apparently.

Scarborough raged, “And for people perverting the Gospel of Jesus Christ down to one issue? It’s heresy.” Heresy? Why? Because Joe penciled in “Thou Shalt Vote Straight Party Ticket for Abortion”? That’s not in the Bible either.

MSNBC’s theologian in residence may not realize that heretics are people who reject and undermine the teachings of faith … not people who make a choice to vote Pro-Life First, which is their Constitutional Right.

Still, Scarborough claimed that Christians who were “angry” about his wild claims should revisit the Bible to understand his perspective. He asked condescendingly, “Why don’t you do something you haven’t done in a long time? Open the Bible, open the New Testament, read the red letters. You won’t see it there!”

If you want the Red Letters (in many Bibles, the words that Jesus personally spoke and are recorded are printed in red) consider this, in the Gospels, Jesus said that anyone targeting a child should be severely punished:  “It would be better to be thrown into the sea with a millstone hung around your neck than to cause one of these little ones to fall into sin.”

That sounds like Jesus cared about what happened to kids. But let’s open the book … the Good Book that is … a bit more:

In Matthew 5:17-20, Jesus says that he cares about the law of God, explaining:  “Do not think that I have come to abolish the Law or the Prophets; I have not come to abolish them but to fulfill them.  For truly, I say to you, until heaven and earth pass away, not an iota, not a dot, will pass from the Law until all is accomplished.”

And what does some of that law say?

In Genesis 1, we read of God deliberately and lovingly creating all life. In Job 33:4, it’s written, “The Spirit of God has made me, and the breath of the Almighty gives me life.”

Psalm 139:13-16 tells us: “For you formed my inward parts; you knitted me together in my mother’s womb. I praise you, for I am fearfully and wonderfully made. Wonderful are your works; my soul knows it very well. My frame was not hidden from you, when I was being made in secret, intricately woven in the depths of the earth. Your eyes saw my unformed substance; in your book were written, every one of them, the days that were formed for me, when as yet there was none of them.”

Psalm 127:3-5a celebrates large families, noting: “Behold, children are a heritage from the Lord, the fruit of the womb a reward. Like arrows in the hand of a warrior are the children of one’s youth. Blessed is the man who fills his quiver with them!”

Unburdened by facts, Scarborough claimed, “They’ve [pro-life Christians] also conveniently overlooked the parts of the New Testament where Jesus talks about taking care of the needy, taking care of those who are helpless, who live a hopeless life.”

But that’s exactly what pro-lifers are trying to do with pregnancy resource centers that vastly outnumber abortion facilities and provide educational and material resources for pregnant moms and continue providing resources through the first years of a child’s life. And that is exactly the point of Students for Life’s Standing with You initiative.

Returning his ire to the South Carolina legislators who proposed the life-saving pro-life protections that failed to pass, Scarborough claimed, “These state legislators believe that life begins at fertilization and ends at childbirth.” Once again, Joe ignores facts, as it is abortion-loving Democrats who are championing infanticide after birth by failing to support the Born Alive Abortion Survivors Act.

In reality, Joe, SCIENCE tells us that life begins at conception and not at the voting age.

Because pro-lifers recognize this basic biological reality — that life begins at conception — they believe that every person, born and preborn, deserves protection from a violent death. The circumstances of a person’s conception do not change their dignity as a human being.

And for those of us who also celebrate that life is a God-breathed miracle, Isaiah 44:24 says it well, ““Thus says the Lord, your Redeemer, who formed you from the womb: ‘I am the Lord, who made all things, who alone stretched out the heavens, who spread out the earth by myself.’”

Catholic University of America moral theology professor Joseph Capizzi wrote, “The Didache, written by Jewish Christians just decades after Jesus’s death, condemned abortion and infanticide. The communities organizing themselves around Christ shared the conviction that life is sacred at every stage of development. That conviction has remained constant over two millennia.”

As another commentator put it more bluntly, saying, “You have to be some spectacular kind of stupid to think that the reason that Jesus Christ allegedly never talked about ripping a baby from inside of its mother and killing it is because he supported it.”