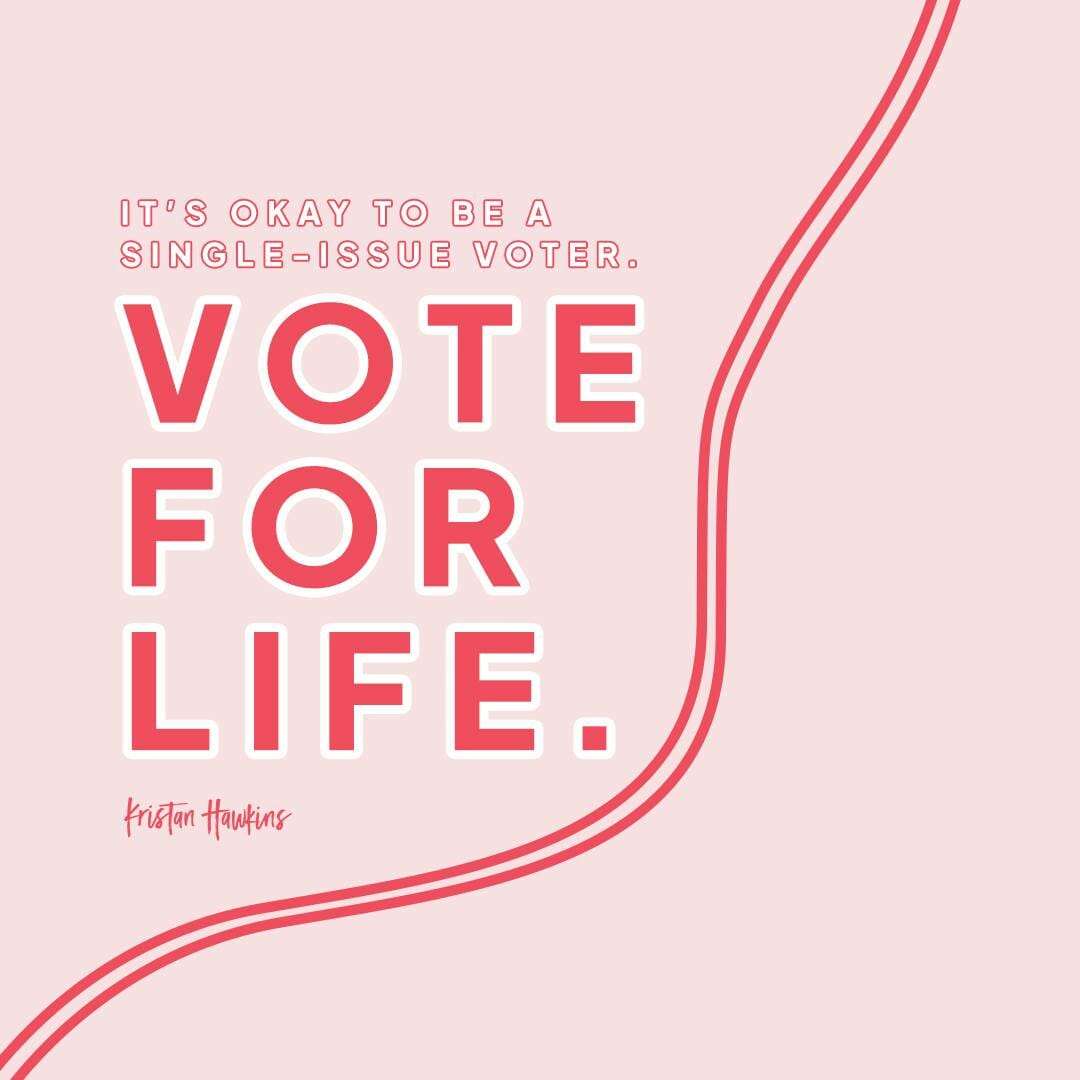 In an op-ed published by RealClearPolitics, Students for Life Action (SFLAction) and Students for Life of America (SFLA) President Kristan Hawkins warned the Biden Administration and their abortion-loving allies that banking on the issue of abortion being a BIG winner at the polls is a mistake.

In her article titled “Biden and Allies Betting Voters Like Abortion as Much as They Do,” Hawkins pointed to polling that shows voters don’t want what corporate abortionists are selling – elective abortion on demand. She explained:

“A Harvard Harris poll in June of this year found that not only did voters have tremendous concerns about the economy, Biden’s overall performance and mental health, and runaway inflation, only 10% supported allowing abortion through all nine months, which mirrors other findings. An NPR/PBS Newshour/Marist poll in May found that almost seven in 10 Americans support limits on abortion.”

“The deceptively named “Women’s Health Protection Act” failed repeatedly in Congress, as it went even further than Roe in demanding limitless abortion and an end to the conscience rights of anyone who didn’t want to participate. Maybe that’s why the popular President Obama did not do more while he was in office. It’s interesting that when GOP Sens. Susan Collins and Lisa Murkowski tried to get an abortion bill compromise, their efforts were met with derision by House Speaker Nancy Pelosi,” Hawkins wrote.

Hawkins and SFLAction have been forthright in their messaging that abortion is a winning issue for pro-life candidates this fall (if you know how to talk about it). If candidates don’t discuss their pro-life views, run away from the issue, or do not clearly identify the radical beliefs of their opponents – it will be a ROEVember. “If you run from a bully, they will chase you, including in the media or in a debate,” Hawkins said.

The public favors the side of the pro-life party as Hawkins notes, “Earlier this year, Students for Life’s Demetree Institute for Pro-Life Advancement, an organization that regularly polls what is now one-third of the electorate (Millennials and Gen Z), found that “an astonishing eight in 10 wanted to vote on abortion policy in their states – up from 66% last year,” and three out of four Millennials wanted limits on abortion. Asked about Roe’s radical reach to all nine months, almost six in 10 rejected it.”

To read the rest of the article from Hawkins, CLICK HERE.

READ NEXT: Joe Biden’s Violent Screed Ignores that the ‘Summer of Rage’ Comes from HIS Supporters, Says Kristan Hawkins