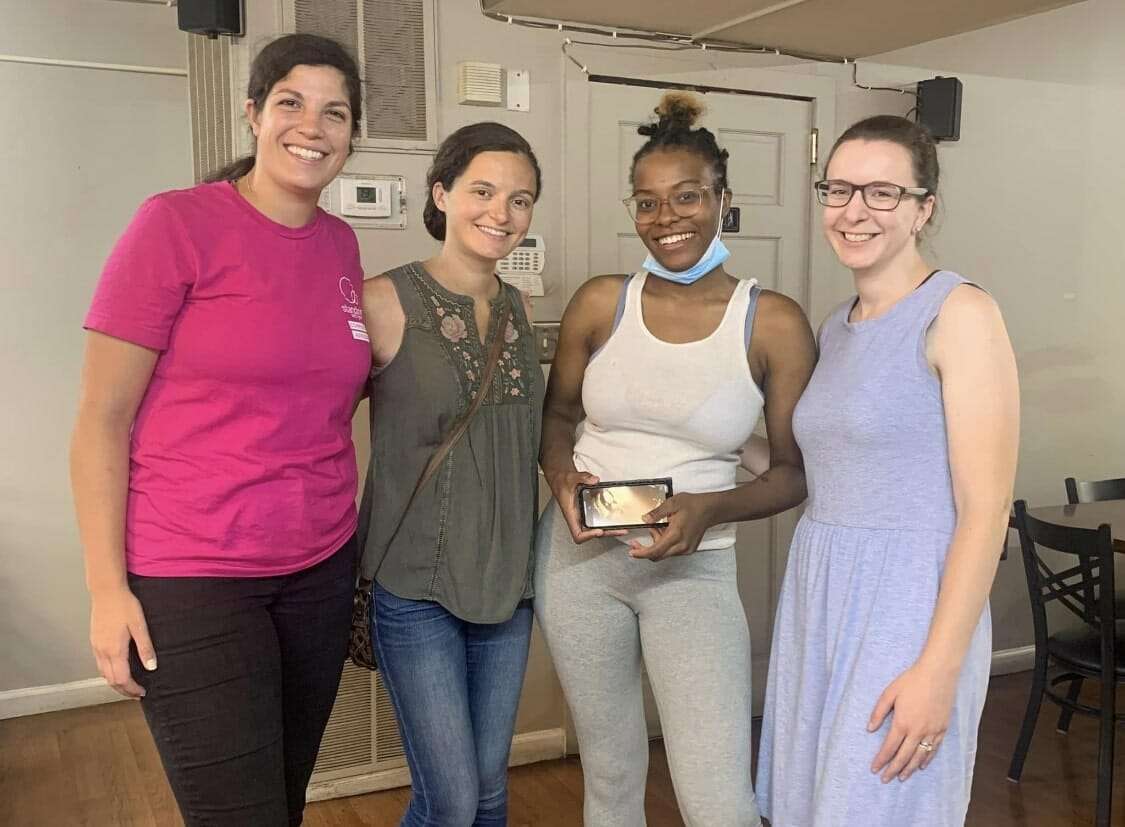 GUEST POST: While I was recently sidewalk counseling outside of the Allentown, Pennsylvania Planned Parenthood, I met a young woman whose story I won’t soon forget.

She was a young woman who looked like she was barely in her twenties, and I first saw her when she came out of the building. I thought she had probably just had an abortion so I handed her a Healing After Abortion bag on her walk down the sidewalk. She took it wordlessly, and I watched as she made her way onto the street and looked through the bag while talking on the phone for a while.

When she finished talking, she walked back into Planned Parenthood, and as she passed me on her way in, she briefly turned and said a sincere, “Thank you.”

I was a little confused why she was going back in, and I didn’t have a chance to say anything. However, when she came out not too long after, she immediately came to hug me with tears in her eyes. Thinking she had gone through with it and was regretting her decision, I hugged her back and said, “I am so sorry.” Her reply caught me by surprise, though.

When she was about to leave, she asked for directions to the nearest pizza place. I said I wasn’t sure about pizza, but I could take her to the restaurant next door with good Latino food, and it would be on me. When she agreed, we joked that it would be better than pizza because she “needs the protein” with that little one inside her.

At the restaurant, we ordered enough food for her to have leftovers, and we talked some more about her baby and how we could help her. She also shared with me that when she was very young, she had been forced to have an abortion, and it had negatively affected her. However, choosing life with this pregnancy would help heal her wounds.

The Allentown Campaign for Abortion Free Cities Community Organizer, and a few others joined us, as well. During our conversation, the young woman received a few calls from family members whom she had texted about her decision, and they were all so very happy that she had chosen life.

She told us, “I can’t stop smiling! My cheeks hurt! I’m so thankful for you all!”

When we left the restaurant, she was setting up an Uber to go to her grandma’s house, which happened to be very close to where Anna lived. We offered to drive her there, and she accepted. On the way, we stopped for ice cream, and when we arrived at the house, we got to meet her 2-year-old son. She asked for our prayers before we left, and we shared contact information so we can be in ongoing support.

Unfortunately, within that same weekend, the Allentown City Council announced that they would be introducing pro-abortion ordinances — one of which would instate a 15-foot buffer zone around the Allentown Planned Parenthood. This would directly disrupt our sidewalk counseling efforts, and stories like this young woman’s wouldn’t have happened without the consistent, peaceful, and prayerful witness surrounding the facility.

Rest assured; we are not going down without a fight because the women in Allentown deserve better than abortion. Please pray for our team as we grapple with this ordinance, and for the abortion-vulnerable women of Allentown. Abortion is not the answer to their problems, and we won’t stop until every woman knows that they don’t stand alone.

LISTEN: Today On Explicitly Pro-Life: The Summer Of Service