As the Story Collapses Regarding a 10-Year-Old Girl Allegedly Raped, We Still Want to Offer Help to Those Who Are Suffering 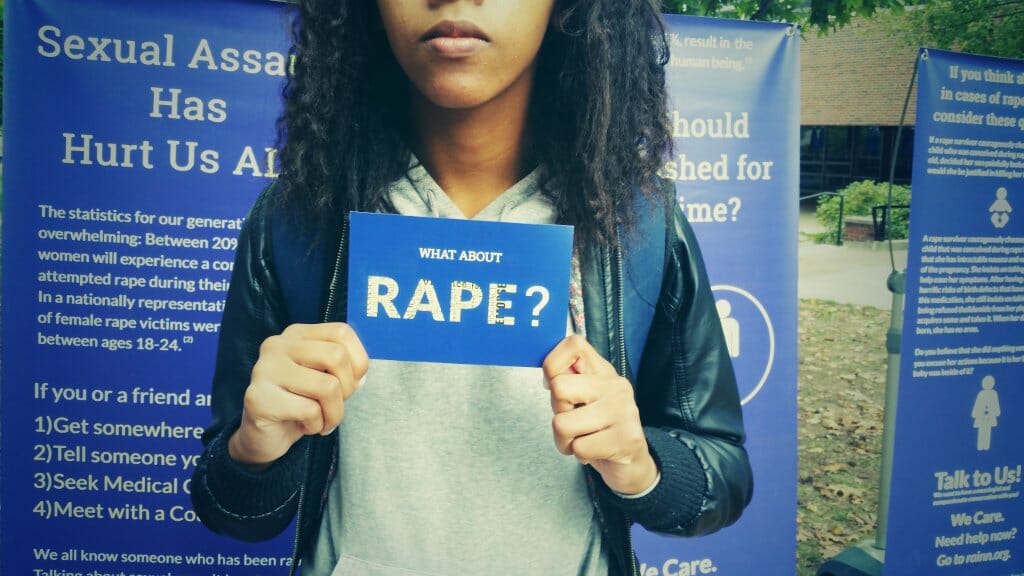 In today’s heated abortion debates, many who want to see Roe’s no-limit, no-health-and-safety-standard abortion policy in place again are making headlines with a story that is alleged about a 10-year-old girl. Indiana abortionist and Ob/GYN Dr. Caitlin Bernard told media that “a child abuse doctor in Ohio” wanted to set up an abortion for a rape victim who was past Ohio’s abortion limit at 6 weeks and 3 days. And so they came to her, and the abortionist went to the press.

While the story has grabbed national attention there are more unanswered questions than answers. Let’s list them:

All the questions above need to be addressed by authorities for the good of the 10-year-old allegedly at the heart of this story. We don’t even know if this is true, as the entire story hinges on an interview from an abortion-supporting Indiana practitioner.

While this story has been unraveling under closer inspection, we do still need to be prepared to help women and girls when they are victims of sexual assault and molestation.

As Students for Life of America notes in advice on how to talk about rape with women:

Responding in love is the most important thing.

Each person has a unique past, and we must remember that our conversations are not about winning arguments but winning hearts and minds. Any person we speak to may have had a history of sexual abuse and our responses must be sensitive to that reality. We do not want to respond immediately with statistics or cold logic. We should respond relationally first. Truly listen to the person’s concerns and reaffirm your common ground: that rape is one of the worst things that can happen to someone and that we want to support all survivors of sexual assault. Only after affirming the experiences of sexual assault survivors should, we then courageously and lovingly address more philosophical arguments.

Abortion does not heal.

We know that rape is a horrific act of violation and violence. We also know that abortion is a violent act that ends an innocent human life and emotionally, psychologically, and physically harms women. Abortion will never heal the underlying sexual trauma. In fact, abortion can compound her trauma and further wound her. Rape is not a justification for further violence, and our goal MUST be to seek healing and not further harm. It is also necessary to hear from sexual assault survivors who conceived in rape and listen to their experiences. According to the Elliot Institute survey of 192 women who conceived in rape, 70% of these women chose life and all of them were happy they did. 43% of them felt forced to abort and of that 43%, 78% of them regretted their decision. We do not need to speculate about the correlation between rape and abortion. We know that abortion does not help and is not an authentic solution for sexual assault survivors.

And Abortion is used to cover up sexual abuse and crimes.

Many women and young girls that have been sexually abused, sex trafficked, and raped have had the crimes against them covered up by abortions. Brooke Bello, a pastor and sexual abuse survivor, shared this horrifying reality when she was campaigning to keep Parental Notification for abortion in Illinois.  She was sex trafficked as a young woman and forced to abort her children by her sexual predators. She suffered deeply, and this medical malpractice led to her infertility and emotional trauma. Abortion is often portrayed in the cases of sexual assault as a saving grace for women in need. However, the sad reality for women is that it perpetuates the horrific cycle of abuse. Recent actions by the FDA and abortion proponents to decrease regulations of chemical abortion pills further endangers sexual assault survivors and women in abusive relationships as they can be forced to abort without even seeing a doctor.

WE WANT TO HELP:

The statistics for our generation are overwhelming: “1 out of every 6 American women has been the victim of an attempted or completed rape in her lifetime. Women ages 18-24 who are college students are 3 times more likely than women in general to experience sexual violence. Females of the same age who are not enrolled in college are 4 times more likely.”

We all know someone who has been raped. Talking about sexual assault is not easy for anyone, however, this must be discussed. Sexual assault is a traumatizing act that no one should ever have to endure. People hurt by sexual abuse deserve healing, hope, and love.

If you or a friend are raped:

About 5% of rapes result in pregnancy. These women should be cared for immediately and offered non-violent healing after an assault. Abortion is a violent act against all involved, the mother and the child, compacting any trauma a mother may be facing. Pregnancy resulting from rape already has one victim, the woman. Choosing abortion only adds another victim to the horrendous crime and inflicts further pain on the woman. The damage done to the victims are extensive – mentally, emotionally, physically, and spiritually.

According to a survey by the Elliot Institute, of 192 women who conceived during a rape or incest, of whom almost 30% had an abortion, nearly 80% of those women said they had regrets about the abortion. None of the women who gave birth said they regretted their decision. Most women who had abortions said that abortion only increased the trauma they were experiencing.

Women should never be offered a violent solution that will further compact the trauma she is enduring. If a woman is impregnated through rape, let’s work to pass laws that ensure the perpetrator is punished to the fullest extent of the law and has no rights to the child. Abortion is not the solution. Let’s come together as a society to ensure she’s protected, she’s heard, she’s offered healing, and she can find peace in knowing she is not alone.

With Roe being reversed, we have an opportunity to work towards assisting women with solutions to the situations that they’re facing – solutions that will help women long-term; solutions that are non-violent; solutions that allow her to have peace in her decision for the rest of her life. Abortion offers none of those. Standing With You is happy to be a part of that solution, providing a chat feature that offers help 24/7 to women who have found themselves in an unplanned pregnancy.

We Stand with You and are here to walk with you in your journey towards hope and healing.

If you are a survivor of sexual assault and want to seek help, please visit the following resources:

If you have sought medical care after a sexual assault and are being charged for the hospital bill, this is illegal and against the Violence Against Women Act. Seek legal assistance.

You can learn more about resources available to you at Standing with You where the Pro-Life Generation is also ready to help.