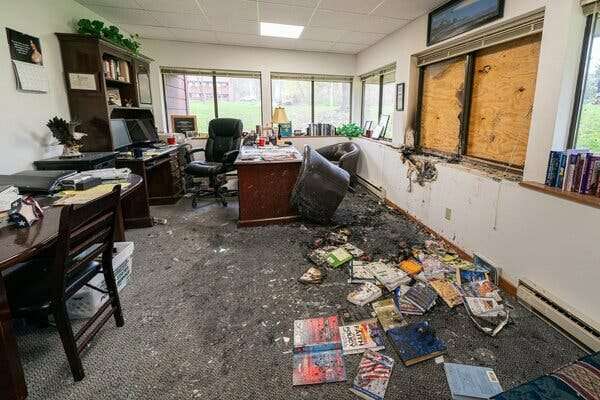 “Biden’s legal partisan-in-chief Merrick Garland rushed to investigate parents and even coordinated efforts with the National School Board Association when they faced strong parental disapproval of their anti-parent, woke agenda. But when faced with an actual murder attempt, arson, vandalism, and promises of more the come, Biden’s team ignores their duty to protect and defend. This is the kind of negligence that should get people thrown out of office,” said Students for Life’s Kristan Hawkins.

Click here to read a coalition letter that SFLAction joined to Garland from leading pro-family and pro-life groups calling for action, investigation, and condemnation of the violence of abortion supporters. More here at Fox.

WASHIINGTON D.C. (06-16-2022) – In light on new threats from the pro-abortion terrorist group “Jane’s Revenge,” Students for Life of America/SFLAction President Kristan Hawkins called on President Biden and his national security team, along with the FBI and Attorney General Merrick Garland “to stop playing politics with people lives. We all know that the radical abortion lobby is a friend of this administration, but that does not excuse Biden’s willingness to ignore threats against our Supreme Court and pro-life citizens. We know they don’t care about children in the womb but ignoring attacks on voters and court officials is inexcusable.”

Students for Life’s team members and volunteers have often experienced violence at the hands of those shouting in support of the violence of abortion.

Click here for a recent video of attacks on peaceful pro-life students and here for video of the behavior of abortion advocates at the May 2022 Bans off our Bodies events, sponsored by Planned Parenthood.

Students for Life of America/SFLAction has been calling for an official response to the obvious rise in violent behavior from abortion radicals who pledge to use the tools of domestic terrorists.

Click here to learn about earlier efforts to engage with law enforcement on the rising threats: SFLA Calls on the FBI to Investigate the “Clear and Present Danger” to Peaceful Pro-Life Americans Based on New & Ongoing Threats

To learn more about the Post-Roe Blueprint from Students for Life Action, read Hawkins’ op-ed at Fox titled America needs to get ready for a world after Roe  or her op-ed at Newsweek titled  Forget the Kids’ Menu: The Pro-Life Movement Wants Real Policy Engagement.