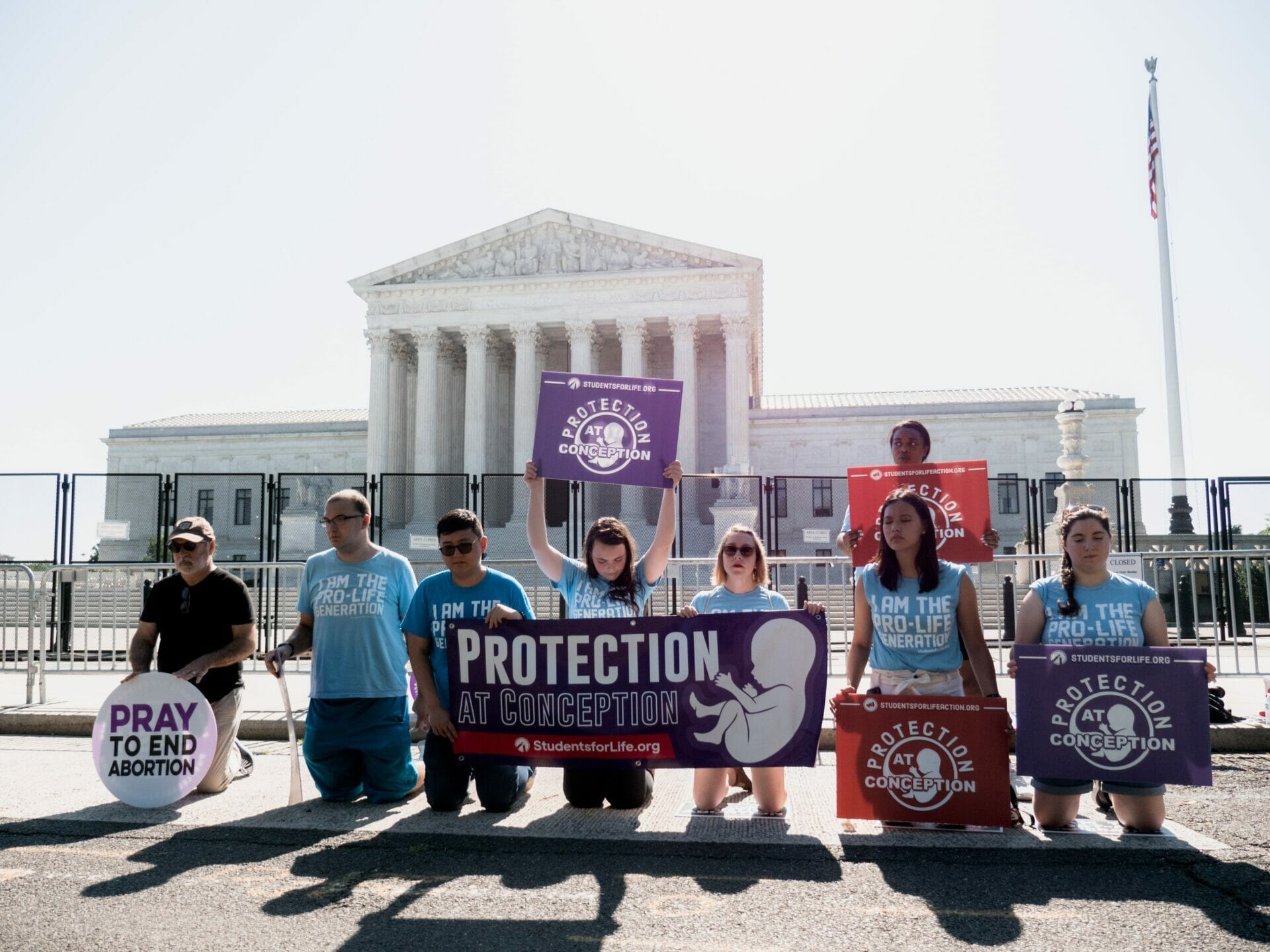 “There has never been a time so vital for Supreme Court Justices and our Judiciary to be protected from radical pro-abortion groups in our nation,” said Students for Life of America and Students for Life Action President Kristan Hawkins. “Regardless of how any case is ruled upon today at the Court, we are petitioning our leaders to do their jobs to enforce any and all protections for Supreme Court Justices. It shouldn’t take an attempted hit on a Justices’ life for the media to wake up to the terrorism that is ensued by pro-abortion groups on a regular basis. There is a clear and present danger to the pro-life movement that needs to be addressed starting with protecting our Justices and continued with condemnation of violence.”

WASHINGTON, D.C. (06-15-2022) – Students for Life Action (SFLAction) and Students for Life of America (SFLA) are demanding accountability and swift action in response to pro-abortion terrorism that has spread to attempted assassination attempts on Supreme Court Justices. While allowing the January 6th political circus to play out on television, Speaker Nancy Pelosi was slow to respond to the real dangers our Judiciary is facing. SFLA launched a petition that was signed by over 15,000 pro-lifers in a week who called for equal justice under the law. Pelosi took over a month to bring the Supreme Court Police Parity Act to the House floor for a vote, leaving more time for the taunting and threatening of Supreme Court Justices, their neighbors, and families to take place.

The threats and attempts to psychically harm Supreme Court Justices accompany acts of violence in both Buffalo, New York and Asheville, North Carolina last week—adding to the mounting list of 40+ pregnancy resource centers and churches that have been vandalized by extremist pro-abortion groups since the leaked draft Roe decision. Clearly, these abortion supporters are taking direction from the Women’s March President Rachel Carmona who said, “For the women of this country, this will be a summer of rage” as the abortion lobby fears Roe’s days are numbered. Or perhaps it’s inspired by the message from Senate Majority Leader Chuck Schumer who said in 2020, “I want to tell you, Gorsuch, I want to tell you, Kavanaugh, you have released the whirlwind and you will pay the price.”

“It’s clear that leaders of the pro-choice movement are ‘ginning up’ their movement towards violence,” said Kristan Hawkins, SFLA and SFLAction President. “Their violence begins with killing babies in the womb, and now extends to assassination attempts on Justices’ lives, firebombing peaceful pregnancy resource centers, and wreaking havoc on our Judiciary. We’re disappointed it took Speaker Pelosi a month to act on a bill that 27 of her Democrat colleagues rejected. We don’t need another pro-life group or pregnancy center to go up in flames before we address this clear and present danger.”

SFLA has requested the FBI investigate violence against pro-life groups and urged the U.S. Department of Justice to follow suit. SFLAction has joined a pro-life coalition letter to the DOJ demanding they take action regarding the violence against pro-lifers and the Justices. SFLA also sent a petition to Attorney General Merrick Garland demanding that he investigate the terrorism ensued on the Pro-Life Generation.

Instead of focusing on the present danger the Supreme Court Justices and pro-life community face, the media and Democratic legislators are reporting on Capitol violence that occurred two years ago. While current threats weigh against the Justices, we solemnly reflect on Judge Esther Salas’ tragic loss of her son Daniel Anderl right in her home, and we urge legislators to not let such a horrific act occur again. A post-Roe America is coming whether the abortion lobby likes it or not, and they cannot be enabled to wreak havoc without consequence. In the meantime, the pro-life movement will combat their summer of rage with a Summer of Service—providing real resources and help to women and the preborn.

CLICK HERE for the Students for Life petition to protect the Justices.

CLICK HERE for the Students for Life petition to DOJ on pro-abortion terrorism.

To learn more about the Post-Roe Blueprint from Students for Life Action, read Hawkins’ op-ed at Fox titled America needs to get ready for a world after Roe or her op-ed at Newsweek titled  Forget the Kids’ Menu: The Pro-Life Movement Wants Real Policy Engagement.