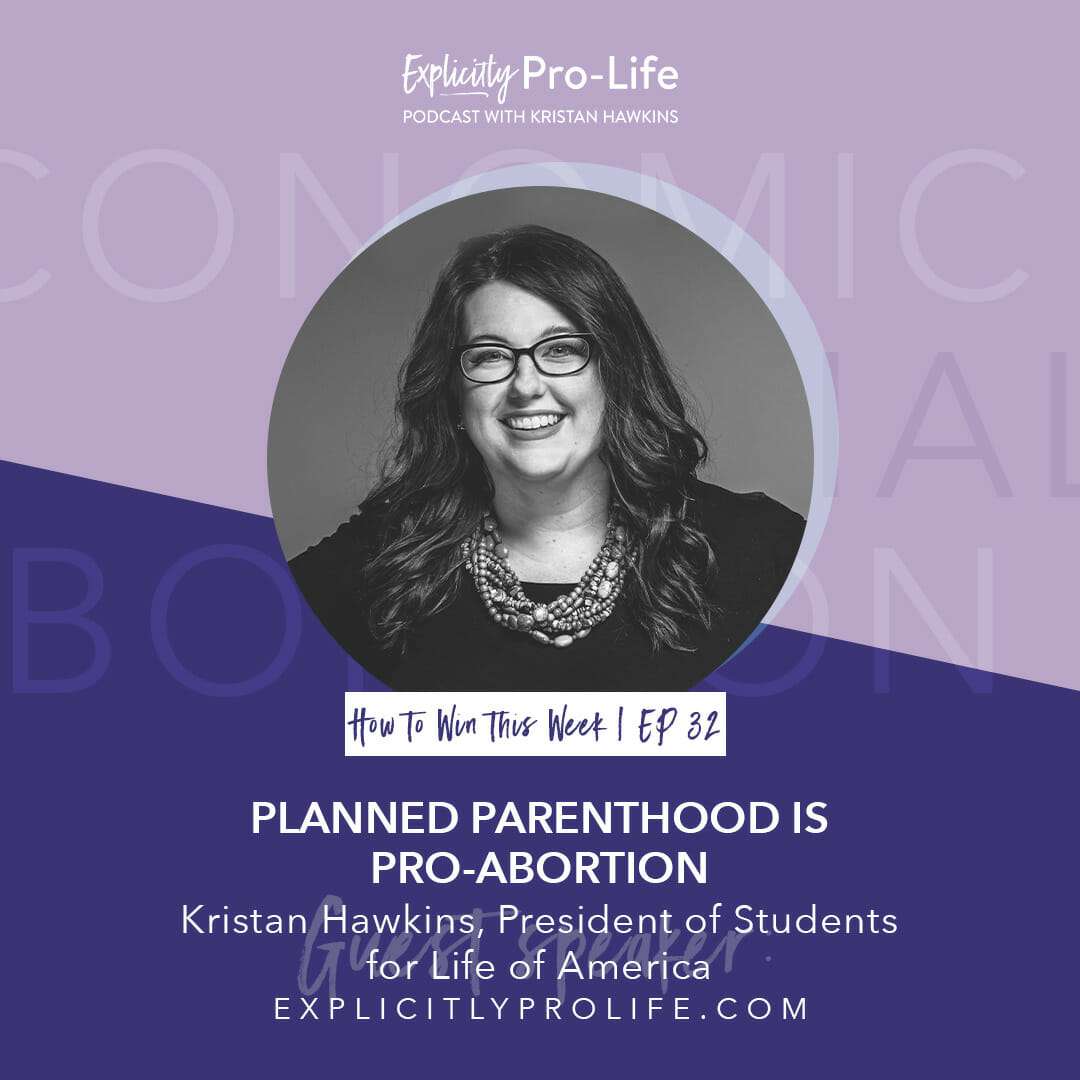 Today on  Explicitly Pro-Life, the podcast hosted by SFLA president Kristan Hawkins, Hawkins discusses why you should use the term “pro-abortion” rather than “pro-choice.”

The episode, entitled “Planned Parenthood is Pro-Abortion,” details why proponents of the abortion industry should not be referred to as “pro-choice” for the simple fact that they only support abortion and nothing else.

We’ve known since the beginning that Planned Parenthood and those who are “pro-choice” are really just pro-abortion. It is simple, if you’re not for life, you’re against it. You would think that those who proudly fight and stand up for the “right to abortion,” would wear the “pro-abortion” title proudly, but that is usually not the case. Why? Because deep down everyone knows there is something not right about abortion.

What does this new change say about the extremism of the abortion lobby?

Tune in today to learn more about why we need to hold pro-abortion supporters accountable to their true title; click HERE to listen!