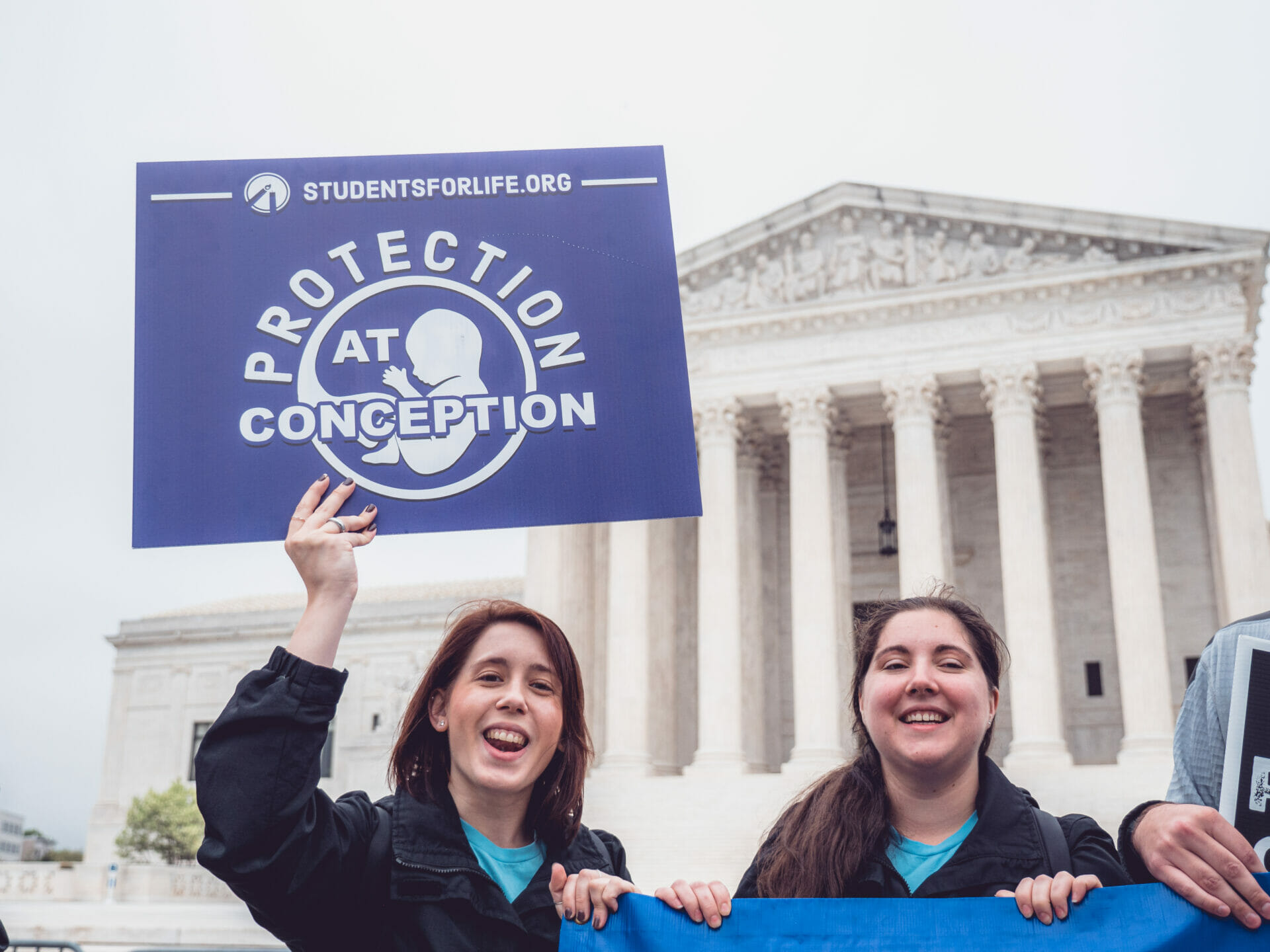 MEDIA ADVISORY: Students for Life Action (SFLAction) and Students for Life of America (SFLA) are facilitating 3 days of events at the Supreme Court from Sunday through Tuesday (May 15-17) to amplify pro-life voices anticipating the reversal of Roe v. Wade.

“Roe v. Wade turned 49, but we won’t see it turn 50 as it is,” said Students for Life of America President Kristan Hawkins. “Students for Life of America was founded as a Post-Roe organization, ready to protect life in law and in service in all 50 states. We’ve got a post-Roe plan, and we’re training the next generation of pro-life leaders to ensure that the children who will be born will have all our support.”

If the Dobbs v. Jackson ruling is handed down on Monday, Students for Life will hold a rally and press conference outside of the Supreme Court with pro-life leaders from across the country & will go LIVE on Facebook to broadcast the events of the day.

Details for this event HERE.

Details for this event HERE.

Additionally: The Saturday after the Dobbs ruling is handed down, Students for Life will host Life Is Louder rallies at all 50 state capitols and the U.S. Capitol in Washington, D.C.

Sign up HERE to be notified of Life Is Louder events.

MEDIA NOTE: Students for Life of America staff and the Pro-Life Generation will be available for interviews/B-Roll on Monday and Tuesday.

Polling indicates that people are ready for a voice and a vote on abortion.

From SFLA’s website: “Limiting abortion policy choices to the few desired by those in power is not popular with Millennials and Gen Z, now about one-third of the electorate. Recent polling by Students for Life of America’s Demetree Institute for Pro-Life Advancement indicates that ‘an astonishing 8 in 10 want to vote on abortion policy in their states – UP from 66% last year.’ In addition, ‘(w)hen considering how devalued people have been treated historically by those in power, 65% of Millennials and Gen Z did not support allowing people in power to decide who is fully human and deserving of legal rights.’”

SFLA and Students for Life Action (SFLAction) have been a consistent presence on the ground in front of the Supreme Court on decision days, waiting for the Dobbs v. Jackson decision. SFLA activists were also recently assaulted by abortion supporters and a BLM spokesperson while counter protesting a pro-Roe rally.