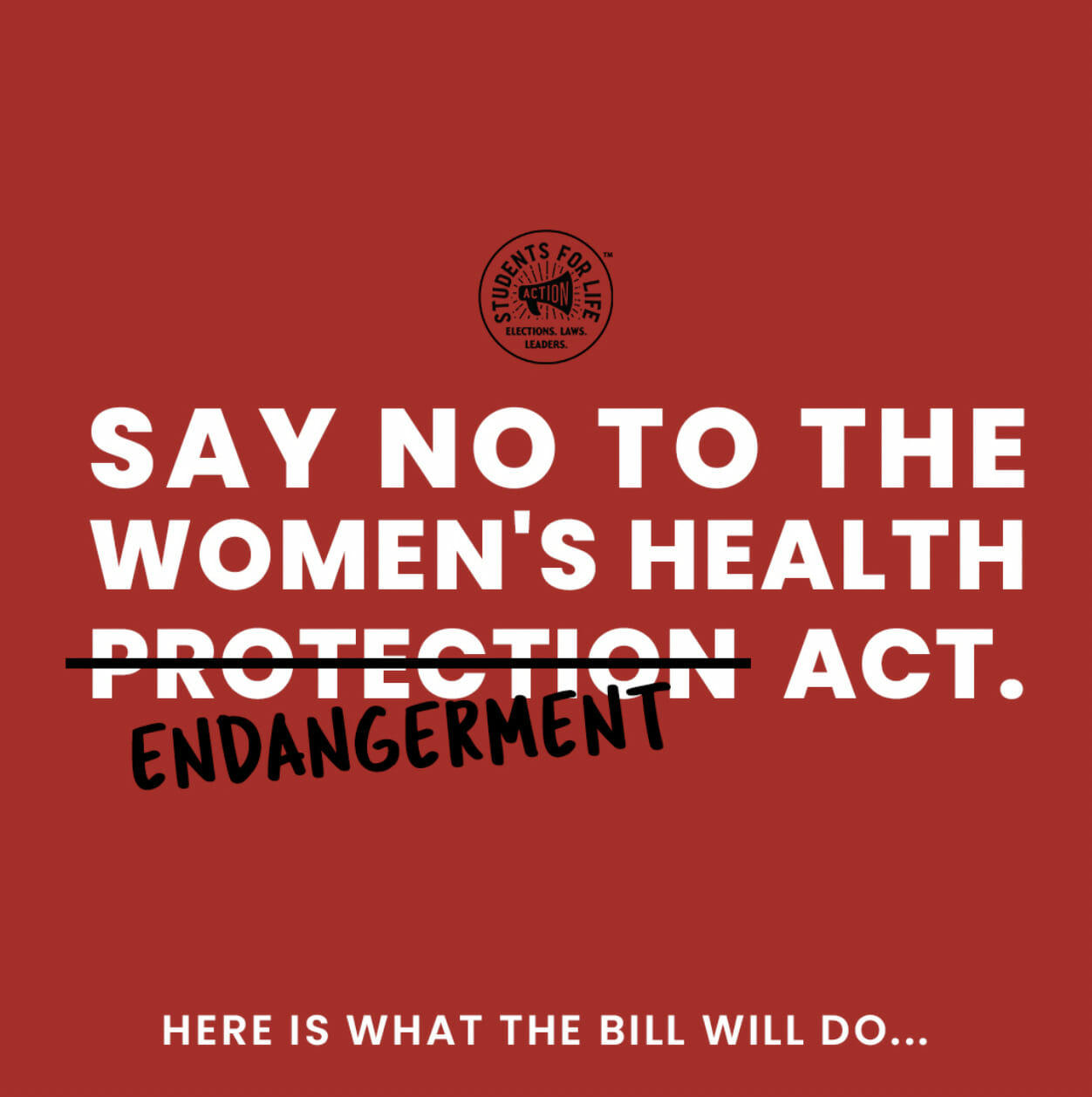 WASHINGTON, D.C. (05-11-2022) – Students for Life Action (SFLAction) President Kristan Hawkins called on U.S. Senators to vote NO on Wednesday against S. 4132, the Women’s Health “Protection” Act of 2022. While it does little to protect women, S. 4132 far surpasses the abortion extremities in Roe v. Wade by permitting abortion throughout the entire pregnancy for any reason while crushing states’ rights.

SFLAction will score the vote on the second attempt to pass this detrimental legislation while evaluating the policy possible at the federal level and across the country. Scoring is a process of keeping track of key votes to hold politicians accountable with their voters. SFLAction’s 1,200+ student groups around the nation take deep interest in the voting record of their elected officials and the Demetree Institute for Pro-Life Advancement polling shows “an astonishing 8 in 10 Millennials and Gen Z want to vote on abortion policy in their states – UP from 66 percent last year.”

In SFLAction’s letter alerting Senators of the intent to score the vote, Hawkins writes, “Although this bill is promoted as an opportunity to empower women with “the right to choose” the violence of abortion, it only aids the predatory abortion industry, which benefits from increased abortions and less government oversight.”

The Women’s Health “Protection” Act arguably harms the preborn, mothers, and pro-life physicians more than the radical abortion industry. SFLAction is engaged in a nationwide effort rallying voters to contact their U.S. Senators to vote NO this week. Read more here on that campaign.

Read more on SFLAction’s plan for a Post-Roe America HERE, HERE, and HERE